Prescription drug addiction: what you need to know 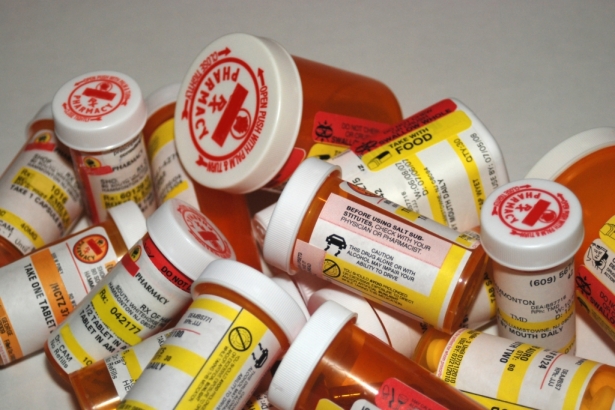 I became addicted to drugs in 1973, when I was diagnosed with Crohn’s Disease.

When I first consulted doctors with my symptoms, they didn’t know what to do with me.

My disease was in its early stages and because Crohn’s was not yet a well-known condition at that time, there seemed to be no real protocol around how to deal with it.

Also, addiction was not on the radar then the way it is now.

I can forgive the doctors who continually gave me prescriptions for addictive substances—possibly just to get me out of their offices—for I believe they really didn't understand the severity of the damage they were doing to me.

But that was nearly 40 years ago—the times have drastically changed and the information we have about the links between prescription medications and addiction has been out there for a very long time now. It's easily accessible to anyone with an Internet connection—and yet the same practice of over-prescribing these drugs continues to run rampant.

Every day, unsuspecting people who trust their doctors are handed a prescription to fill,  potentially starting them on the road to more problems than they can imagine.

How can over prescription of drugs still be happening?

The sad truth is that doctors apparently do not, as a rule, receive training about drug addiction -- or any other kind of addictive behaviors across the board. These physicians are armed with loaded guns -- in the form of their prescription pads -- but seem to have no idea of the injury they may unwittingly be about to unleash. As a result, Do No Harm goes right out the window.

So when I began to read about a new program that will teach doctors about addiction, I was excited. I was also aghast to read, in one article, the following set of statistics:

Despite its prevalence and impact -- addiction is linked to more than 70 diseases or conditions and accounts for a third of inpatient hospital costs, according to CASA -- the subject is rarely taught in medical school or residency training. Of the 985,375 practicing physicians in the United States, only about 1,200 are trained in addiction medicine, a scarcity of skills that poses a “formidable barrier” for patients, CASA concluded.

Now I’m not particularly good at math, nor am I particularly interested in becoming much better at it, so I won’t even try to figure out that percentage. But, dear readers, it has to be pretty low -- far too low, in my estimation.

How could it be that in 2012—with everything we know today about addiction -- only about 1,200 of 985,375 doctors in the US have had any real training in addiction medicine? Can this statistic be real? It's completely astonishing -- and totally horrific.

But for me, the important issue here is that finally there is a brave soul in the medical profession who is not only noticing—but also daring to admit—that something is tragically wrong with this picture. Developing this kind of awareness and then having the courage to speak one’s truth in this way is always the beginning of change.

Thank you, whoever you are.

"Question authority" was the zeitgeist in the 1960s -- when I was at my most impressionable as a teenager. Please allow yourself to question authority, especially if it’s a doctor giving you or someone you love a prescription for a potentially dangerous and addictive medication.

There may well be other ways to deal with the legitimate medical problem for which it has been prescribed—which could prevent a whole myriad of potentially disastrous and heartbreaking circumstances that no one should ever have to experience.