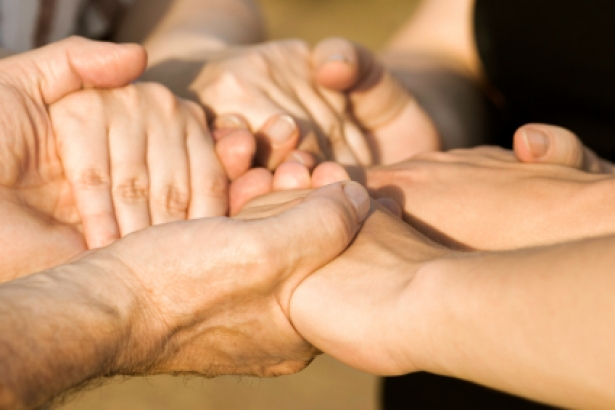 You always hear about people with addictions. But, what about their loved ones? For several years, I've been writing and speaking about the roller-coaster chaos they often experience while desperately trying to ‘help’ the addicts in their lives. While there is now a lot of help out there for the addicts themselves—in the form of treatment centres, detoxes and outpatient counselling—there is still, to date, little assistance offered to those who suffer right along with them.

Loved ones of addicts struggle too

It's a travesty—for every one person using addictive behaviours of any sort, there are always a number of people who are affected by the many manifestations of that addiction. When I give talks for loved ones of addicts, I often ask for a volunteer from the audience to come to the front of the room to represent the addict. Then I ask the audience who might be affected by this person’s addiction. When I hear ‘mother’ called out, I ask that person to come up and represent the mother—and I do the same when I hear father, spouse, children, co-workers, neighbours, fellow students, teachers, bosses, doctors and even therapists—and the multitude of many other relationships that are negatively affected by one person’s addiction. At the end of that exercise, I often have more people onstage with me than are remaining in the audience.

Thankfully, some loved ones of addicts are gradually discovering they are not alone. They are hearing about support groups like Al-Anon—which, although they work well for some, are not a fit for others. Addiction treatment centres have begun to offer programs to the families of their clients, and some outpatient addiction counselling centres sponsor ‘affected others’ groups for loved ones of addicts. As wonderful as this is, there are still so many more services needed for this population.

Is your loved one affected by another person's addiction

Last week, while at a local Vancouver hospital having a minor test done, I struck up a conversation with one of the nurses assisting me as I waited. She told me about her job and asked me about mine. When I told her I was an Addictions Therapist working primarily with the loved ones of addicts, she began to tell me her story.

Her brother is the loved one of an addict; in fact, his only son had already died from a heroine overdose and his daughter was also in the throes of drug and alcohol addiction. Despite all of this evidence, her brother (we’ll call him Bill) refuses to accept that addiction even exists in his family and will not tolerate anyone telling him anything different.

As a well-known person in his small community, Bill chooses to stay in some very deep denial because he doesn't want anyone to know that his family is being torn apart by this. He won’t allow his wife to discuss it with anyone either—so there is no counselling or true healing happening. The people who know this family are aware that their son has died, but the actual cause of death—a drug overdose—has not been publicly revealed. Many people know that their daughter is acting out with mind-altering substances, but this behaviour is also diminished by the father’s massive denial.

The nurse (we’ll call her Sarah) explained that she has tried on many occasions over the years to talk with her brother about this—she is devastated by the tragic loss of her young nephew and extremely concerned about the dangerous path her niece is travelling. But each time she broaches the subject with Bill she is told, in no uncertain terms, that she is to mind her own business and not come to him with her feelings about this.

Of course, Sarah feels very hurt and angry about her brother’s response. She feels like she has lost not only her beloved nephew but also her brother—and she is clear that her niece could be the next statistic. But Sarah also feels like she has been emotionally bullied and abused by Bill for so many years that she has chosen to no longer have any contact with him or his family.

After hearing Sarah’s compelling story, I began to understand that there is yet another part of this equation of ‘loved ones of addicts’—being the loved one of a loved one of someone with an addiction. I understand now that there are many, many people who love people who love addicts—and who are sometimes quite powerless to do anything to help them.

Just like the loved ones of addicts, people like Sarah will not be able to help someone who doesn't want help. Try as she might, her efforts are in vain because her brother chooses to stay mired in his own ego-driven denial. Rather than trying to help his daughter—and feel his very sad, devastatingly uncomfortable feelings about what happened to his son in the process—Bill has instead made the choice to preserve his own VIP standing in his community. And even though several years have passed since she has been in contact with her brother, Sarah’s eyes welled with tears as she relayed her family’s tragic story to me.

Unhealthy boundaries in a family

Another family I’ve been working with consists of the parents and the two siblings of a young woman with a heroin and pot addiction. There are four other people involved here who are definitely entrenched in the roller-coaster chaos that I call being ‘addicted to the addict’s addiction,’ because all of the attention goes to the addict in the family