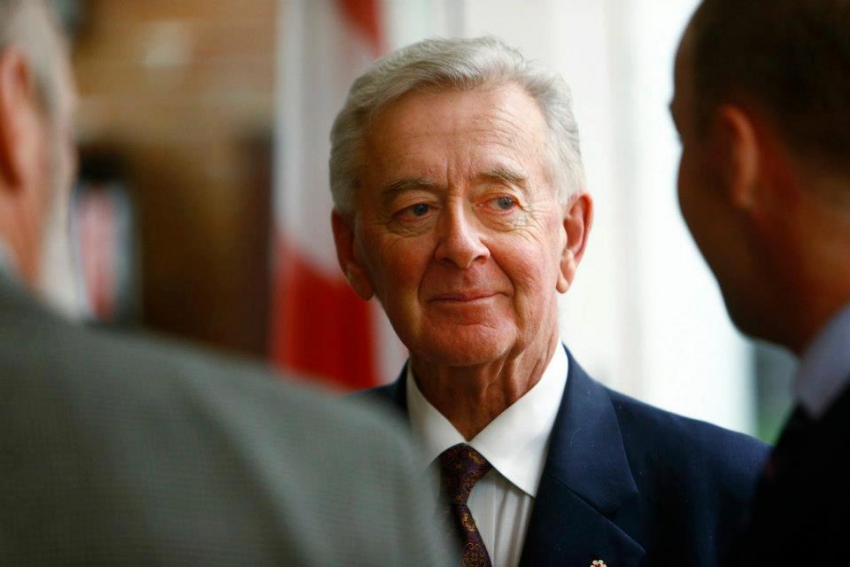 Ezra Levant slouches in his seat, checking his phone. His mouth is smiling, but his eyes are not. After he exits the stage, he'll glad-hand admirers and do interviews with the CBC and Sun News. He'll even pose for a photo with me. But he's a little off his game, and I think I know why.

Because here at the Manning Networking Convention, in front of a ballroom of his most powerful peers, he just got owned. By a conservationist.

It should have been a relatively easy discussion for Ezra to win: should Conservatives be green? A year ago, he'd probably have held his own. But it’s been a long year. In the last twelve months, the Conservative government has stripped away environmental protections with Bill C-38, officially left the Kyoto protocol, and lobbied hard at home and abroad for oil sands expansion. Environmentalists have pushed back at them every step of the way with strategic campaigns and huge public rallies. They’re drawing strong public support and they’re not backing down. What’s a Conservative to do?

But this kind of reductionist thinking isn’t going to win over undecided voters, and Monte Solberg knows it.

“In Canada, Greenpeace has 75,000 members. But millions of people belong to conservation groups like Ducks Unlimited and Fish and Game clubs.”

Monte Solberg, a former Conservative MP and Minister of Citizenship and Immigration, has been in meetings since last July in an attempt to bring together a conservation-focused organization founded on Conservative principles.

“We will still support development,” he explains, “but smart development that allows voters to protect where they live, other sensitive places and advance the goal of abundant wildlife.” The result of these conversations is Conservation Works Canada, a new organization just in the early stages of development.

“Being green is like the family secret -- the eccentric uncle we have living up in the attic that we don't talk about…But like Russell Kirk said ‘nothing is more conservative than conservation," he said.

Solberg believes that conservation-minded Conservatives—he calls them ‘common-sense conservationists’—will value sensible development of natural resources, embrace technological innovation to reduce environmental damage and support renewal projects that “leave the environment better off than you found it.”

He’s even confident that Conservatives will be able to reach out to those who want action on climate change should they support active conservation and renewal projects.

“The biggest cause of climate change emissions is deforestation and when you rebuild wetlands and conserve forests and other spaces you do a tremendous amount to sequester carbon.”