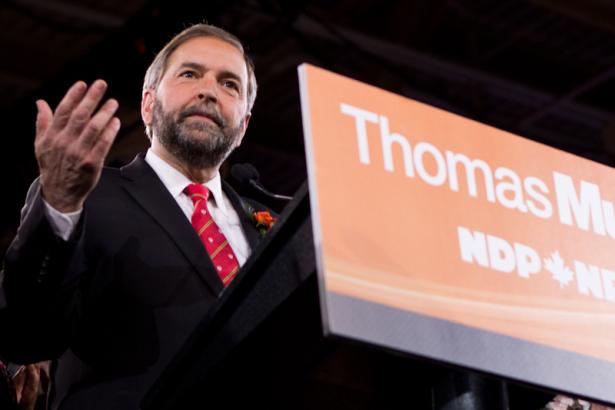 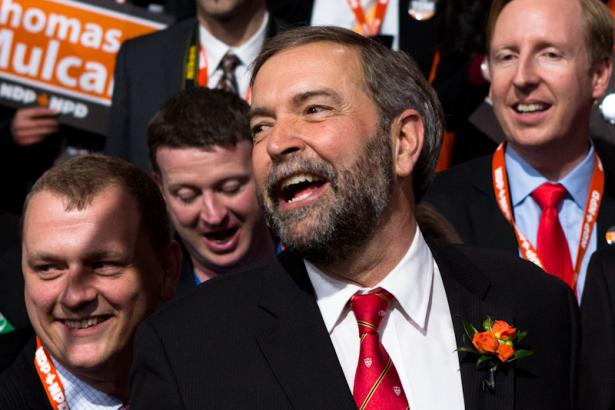 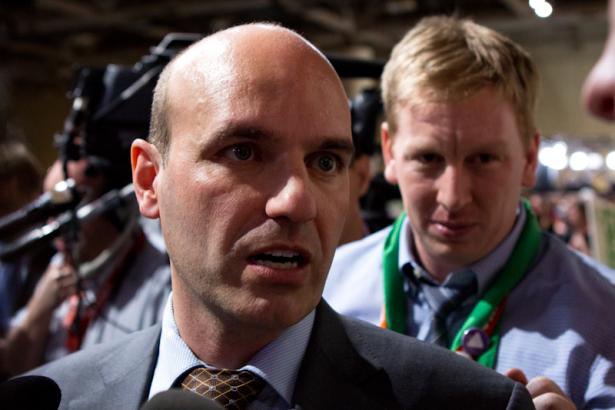 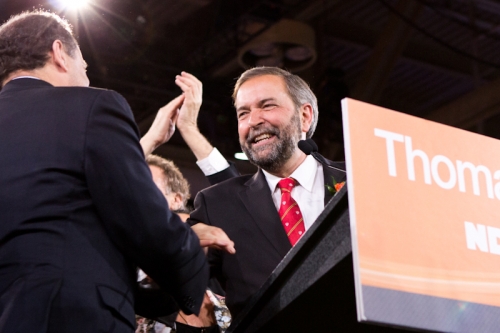 The Montreal MP and former Quebec caucus leader won every round of voting this weekend, climbing from 30 per cent in the first round to 38 per cent in the second and then 44 per cent in the third to make a date with Brian Topp for the fourth and final round.

Topp narrowed the gap in the last vote, but Mulcair still won with a handy 57-per cent majority.

Even if two thirds of those who voted for Nathan Cullen in the third round voted for Topp in the fourth, Mulcair still would have won. 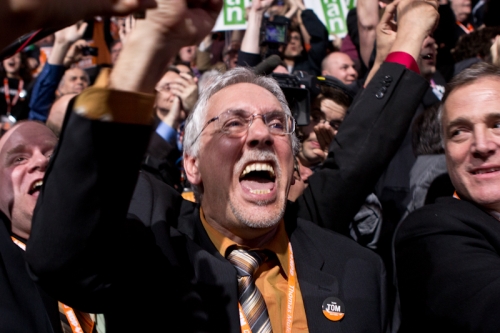 The day was wild, swinging from highs, such as the underdog Cullen's rise to third, to lows, most notably the long delay in voting after the party's website was shut down by an alleged hacking attempt.

But the convention ended on a definite high as over 4,500 delegates shouted and cheered for their new leader. The other leadership candidates joined Mulcair on stage for his first speech as "le chef."

"All together!" shouted Mulcair in French. The crowd repeated his first statement as leader with fervour: "tous ensemble! tous ensemble!"

Then he launched into his speech, thanking his fellow candidates and talking about the challenges ahead for the NDP.

"Increasingly Canadians feel that whoever their government is there to serve, it's certainly not for them," Mulcair said.

He spoke about how young people are engaged in their communities, but not in politics. "They're so turned off by today's politics that they won't take the time to walk down the street to their local polling station and cast a ballot," said Mulcair.

He said he hopes to give Canadians a reason to trust in politics again. "You can vote for the change you want, and actually get it," said Mulcair.

Former NDP leader and party heavyweight Ed Broadbent criticized Mulcair last week saying he would move the party too far to the centre in search of more moderate supporters. 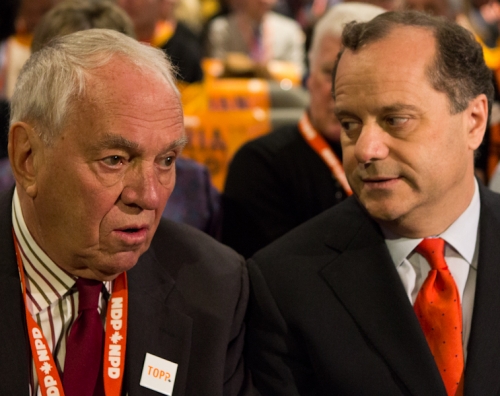 Broadbent endorsed Topp and spent the weekend by the union favourite's side.

Topp made clear in his speech on Friday that he would hold the NDP to its left-of-centre roots if elected.

But Mulcair took an alternate stance on what many say was the campaign's defining issue, saying he would "reach out beyond our traditional base and rally progressives of all stripes behind the NDP."

Mulcair's election suggests NDP members support this position, or at least aren't as worried about it as Topp and Broadbent are.

For eight months the NDP was without a permanent leader. Now they have one again. On Monday, Parliament will start again and the NDP will not be grappling amongst themselves anymore.

They will be up against the Conservative majority government.

On Mar. 29, that government will release its 2012 budget, expected to include limits to Old Age Security benefits and cuts to pensions for federal workers.

There will be no grace period for Mulcair, no time to learn the ropes. His win has thrust him into the job of federal opposition leader, and millions of Canadians are counting on him to represent them.

The convention is over, but for Mulcair, the real fight is just beginning.

Cullen drops out of the race telling reporters he is very proud of this moment and very humbled by it, as he holds his son in his arms and the convention hall thunders with the sound of hundreds chanting his name. 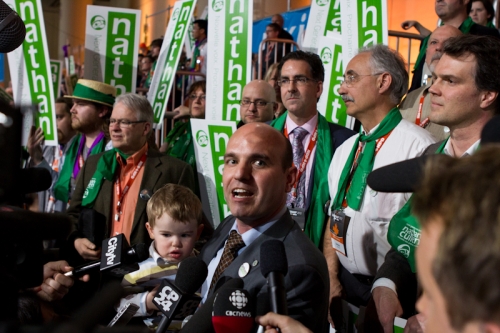 The next leader of the federal NDP and Her Majesty's Official Opposition will be either Thomas Mulcair or Brian Topp.