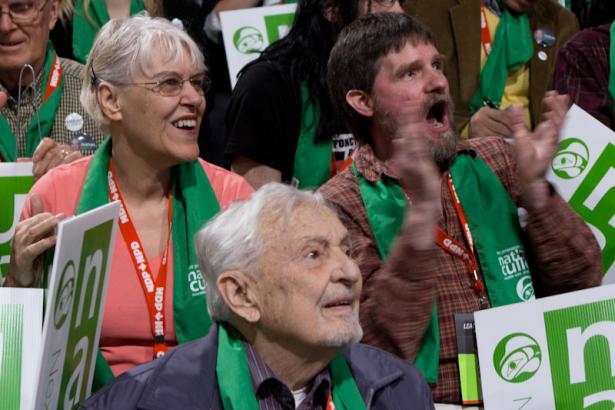 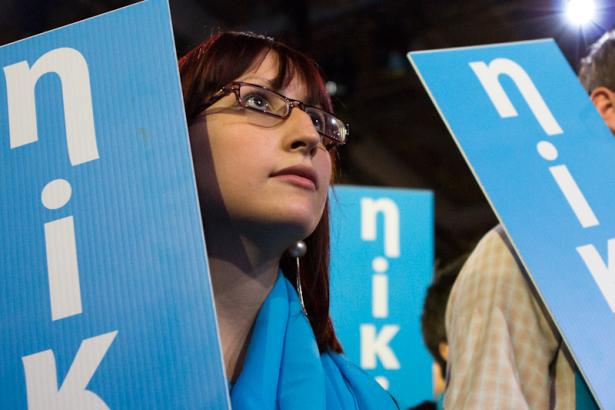 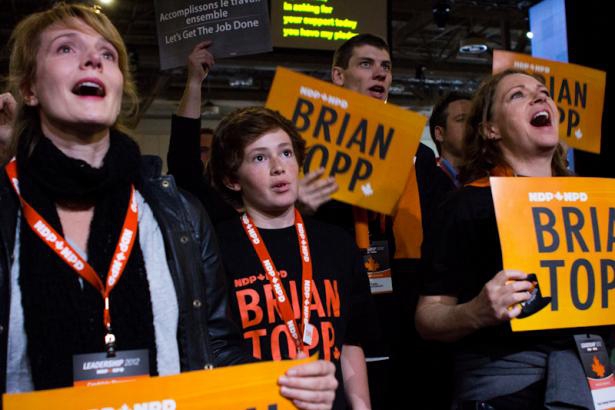 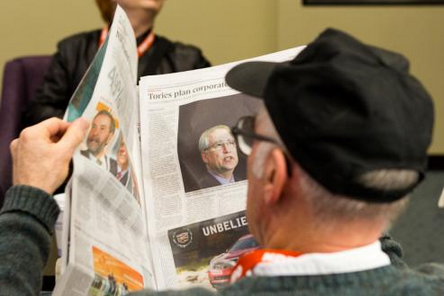 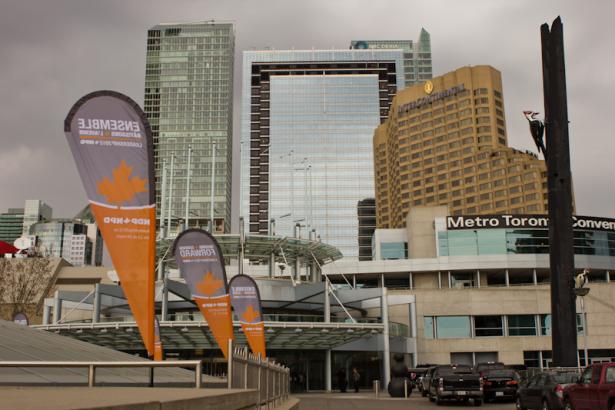 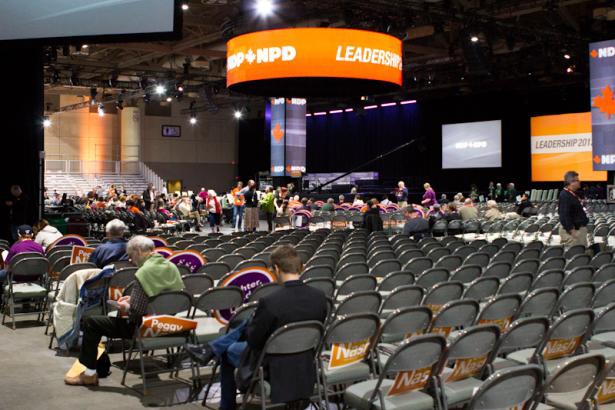 The 2012 NDP leadership convention has begun. Organizers say more than 4,500 delegates have gathered at Toronto's Metro Convention Centre to choose the party's next leader.

5:00 p.m. EST -- Martin Singh finished off the day's speeches, telling delegates about both his past and his hopes for the future.

Throughout the campaign, many dismissed Singh as an inexperienced candidate with no chance of winning. But during his speech his core group of supporters, including his wife and three children, stood near the stage, chanting his name with the same ferocity other candidates got. 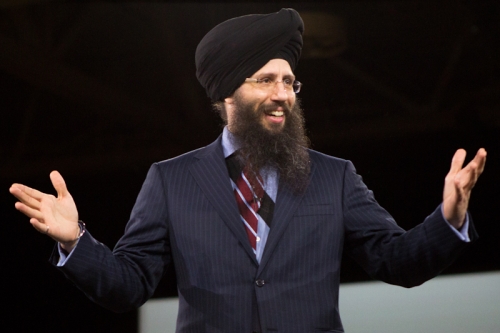 The Nova Scotia businessman began his 20-minute time slot with a cartoon video explaining why he, a white Nova Scotian with Anglo-Saxon roots, was a Sikh.

He said he had found the religion in high school, married an Indian woman and was now an active member of the Sikh community.

Calling himself the "pro-business candidate," Martin said entrepreneurship is a core part of his vision for Canada. He said he also plans to fight for a Canada-wide pharmacare plan if elected.

4:30 p.m. EST -- Peggy Nash took to the stage with dozens of her purple-clad supporters chanting her name. 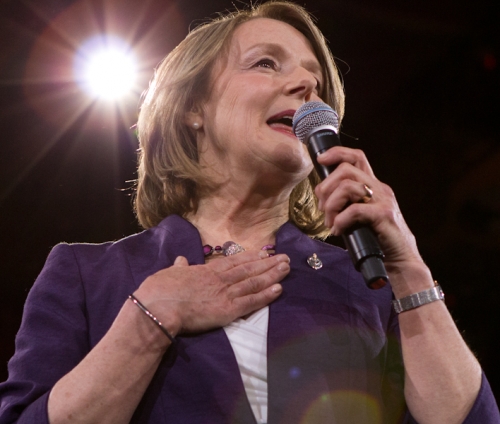 She spoke about her ability to push through adversity and get things done.

"There are those who say, the cynics who say, that we can't do this, that our time hasn't come," said Nash.

That attitude hasn't stopped her before, she said. She referenced her work as a union leader and her fight for LGBT same-sex benefits.

"Never, ever underestimate the tenacity and determination of a woman leader," she said as her speech ended.

4:00 p.m. EST -- Thomas Mulcair's 20 minutes started with a bang. A marching band of drummers led the Montreal MP into the convention centre.

But the show got bogged down by the pressing crowd of journalists and supporters and it took several long minutes for Mulcair to get on stage and start his speech. 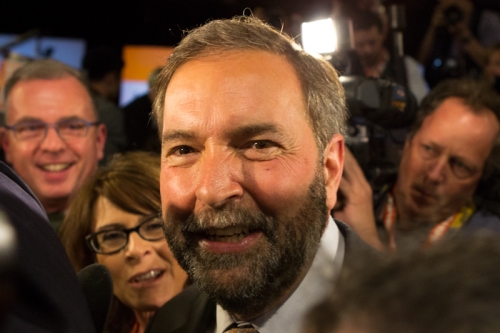 Thomas Mulcair leaves the stage after his speech

Losing those precious minutes forced him to fly through the end of his speech.

Mulcair said his experience in Quebec provincial politics prepared him well to deal with "a very tough, ideologically-driven majority government."

Mulcair did call for the need to go past the NDP's "traditional base and rally progressives of all stripes." But steered clear from mentioning co-operation with other parties as something he would explore if elected.

3:30 p.m. EST -- Niki Ashton did not try to hide the fact that she is the youngest of the seven candidates.

The 33-year-old MP for the Churchill riding in Manitoba said she has just the experience needed to be the NDP's leader.

The daughter of Greek immigrants, Ashton speaks four langauges. She highlighted the need to reach out to the whole spectrum of Canada's population and lashed out at previous governments, both Liberal and Conservative, for not doing enough to end poverty.

"On issues of economic justice and economic fairness, the old saying applies: Liberal, Tory, same old story," said Ashton. "We can do better."