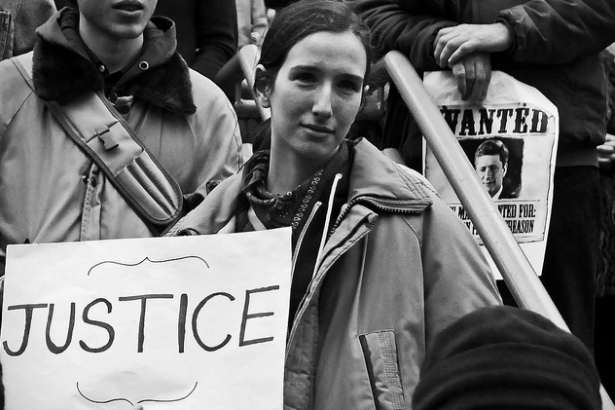 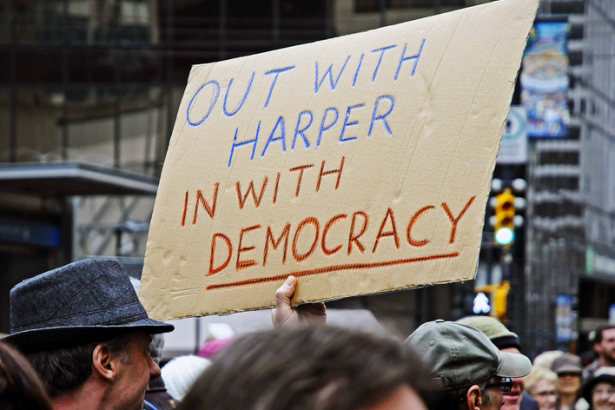 I was raised in a home where politics was not a private matter, where one’s opinions on government and policy were considered crucial.

Walking into my parents’ kitchen on the Sunshine Coast, one is likely to be overwhelmed by aromas of fresh bread, and a slowly perculating brew, intermingled with the soft scent of cedar that drifts up from one of my father’s dusty plaid jackets. Between the gentle smells of my childhood, however, will come the inevitable assault, as my parents argue fiercely about the state of our nation, and the ever-drowning ideals of political decency.

Or so I had grown to expect. In today’s kitchen morale is low, and the arguments uninspired.

“Who are you voting for?” was never a prying question in my home – it was a question that you answered with pride,ready to defend your choice with knowledge of the your party’s platform and points picked up from the national debate. These were people who would represent you, and act in your interests, so you had to choose wisely.

My parents evolved into adulthood during the 1980s, during the Reagan-Thatcher-Mulroney trifecta, where free trade agreements and deregulation changed the shape of the nation where they had spent their adolescence. With the advent of Ikeas and Walmarts to threaten my father’s income as an independent craftsman, the government shared a ghostly seat at all of our meals -- some sparser than others.

I was taught that by developing and voicing my opinions, by keeping up on current affairs, I could change the current political situation. I was taught that my vote was a privilege, because it was the government reaching out to ask me what I thought.

Today, my parents -- these harbingers of political responsibility-- feel alienated from a government they did not vote for, who are contradicting their teachings.

Prime Minister Stephen Harper’s dull lack of response to the marches led across Canada this past weekend in protest of the robocall scandal does little to prove that being an engaged citizen is even worth the time or effort.

They’re too worried about mortgage payments, and how long my father, nearing 50, will be able to work 60-hour weeks in a labour intensive profession, to invest his energy in a self-interested government.

This lack of response is characteristic of the Conservatives, known for their permanent defensive stance and regimented silence. Unfortunately, the value of discourse, like that which used to circulate around my family’s kitchen table, is not one that they have carried into Parliament.

While I may feel that it is my duty to keep abreast of political issues, the government doesn't seem to find it a shared responsibility. The political situation in Canada has become one of many people talking at a leadership that can’t be bothered to listen. However, more disenchanting than this reality is that those who first taught me engagement are being dissuaded. Apathy is catching fast, and the robocall scandal is only the latest to strengthen this disease of disinterest.

True, while hundreds did march in the street, they were ignored, and the millions who remained in their homes were by this point, probably unsurprised. The Harper government has been as yet unwilling to engage in a discussion about their political tactics, and will no doubt remain as such. How long can you keep up the deal of democracy, when one party seems unwilling to participate?

My parents seem to be looking towards resignation. What happens to the country when they, too, leave the discussion?