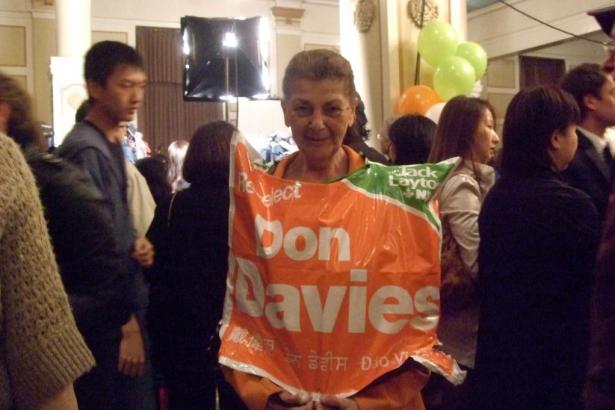 It was an election of historic firsts, and the ambiance at Heritage Hall on Main Street was jubilant as the NDP became official opposition for the first time in the party's history, winning 102 seats -- nearly triple what they held at dissolution, while the Liberals went from 77 to just 34 seats. 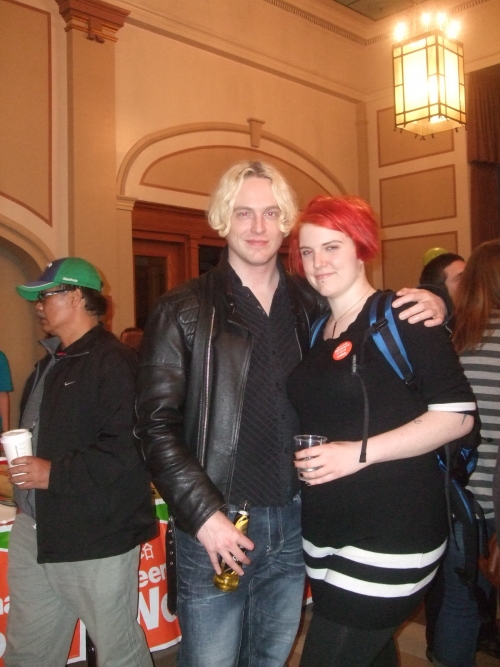 "It's too bad that Harper won a majority -- I think people were looking for us to take more seats away from the Conservatives," said Graeme Humphries. "But on the other hand, at least it was an unprecented level of support for the NDP. In Canadian history, the NDP has never been the official opposition. That's encouraging for the party."

Humphries added that it was "very promising" that Quebec appeared to have moved away from separatist politics and taken on a wider view of the country.

Katie Nordgren felt that the youth vote may have had an impact on the vote.

"I'm from Burnaby-Douglas, which is heavily populated by SFU students -- I am an SFU student," she said. "If students came out and voted like they said they were going to, I feel we're really going to see a shift toward the left."

People I spoke to did not feel that the NDP's big gains were made at the expense of the Liberals.

"I feel that a lot of people didn't vote Liberal because of their support for the HST," said Mei, a woman in her forties.

Calvin, a campaigner for Meena Wong, said he was "surprised" by the results, but that the Liberals only had themselves to blame. "The Liberals have been caught before in scandals, same with the Conservatives," he said.

He also felt that the visible poverty in some areas contributed to a sympathetic vote for the NDP.

"I live in Killarney and I see a lot of homelessness, even there. In a country like Canada, it shouldn't be happening." 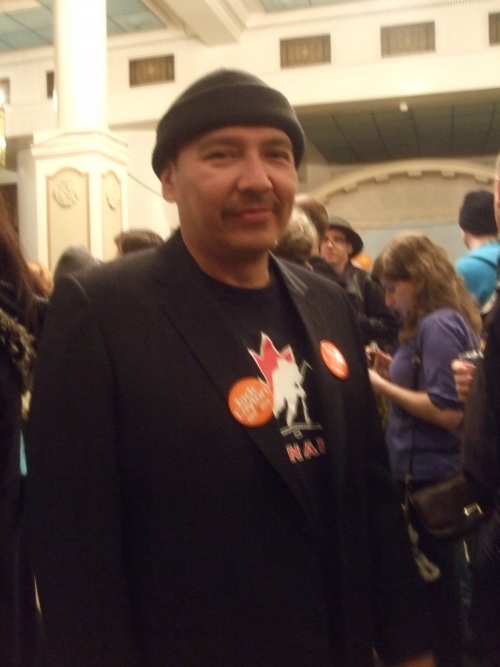 David Eby, who is running for NDP in Vancouver-Point Grey in the upcoming by-election, said that he was glad for his party's victory, but that the feeling was mixed due to the Conservative majority.

"It's very bittersweet -- I'm very excited for the NDP and to be part of the momentum of the party, but I think we're all apprehensive about what it will be like to live in a Harper majority Canada." 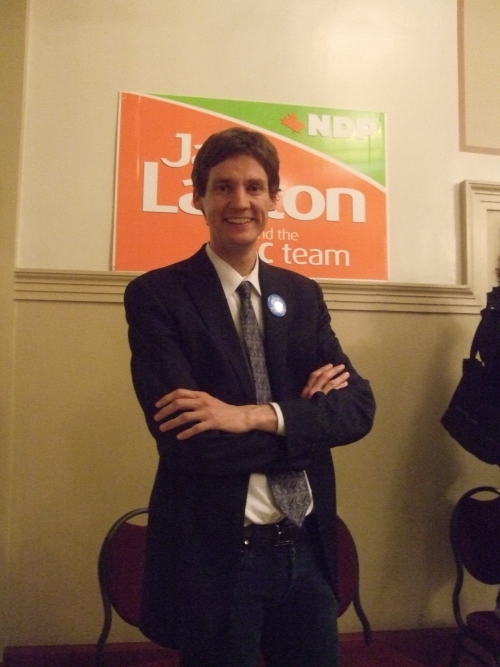 Eby said that the NDP's strong results for the party "nothing but good news" for his campaign, as he convinces many voters to vote for the NDP for the first time.

Eby also said that the federal election results were a sign of things to come in the by-election as well. "(Premier) Christy Clark is going to have a very difficult time because nobody trusts the BC Liberals either ... She won't even come to meet the community meetings to meet with people, and I think people are ready for a change."