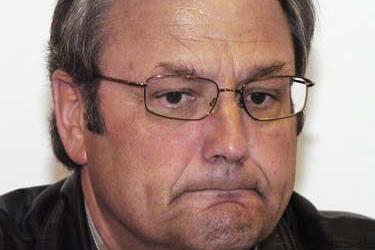 John Les is the new parliamentary secretary for HST information. It’s worth an extra 15 grand a year -- a little gift from Premier Gordon Campbell to John.

It comes as no surprise that Campbell would choose someone as pro-HST as Les, who has publicly spoken in support of the tax. It is surprising however, considering Les' questionable past.

Les has an estimable record selling dubious propositions. In fact, he was recently investigated for a shady real estate development deal he made while Mayor of Chilliwack.

Les wasn’t charged but the municipal official who made the deal possible was charged with breach of trust. His case is still before the courts.

The RCMP investigated the processes that resulted in the creation of the Rosebank subdivision. The RCMP ascertained that in August of 1997, during his tenure as Mayor, Mr. Les entered into contracts of purchase and sale for three adjoining properties near the intersection of Rosebank Place and Camp River Road. One of these transactions involved the purchase and sale of 6.3 acres of an existing 11.2 acre farm. This farm was included within the Agricultural Land Reserve and therefore subject to the provisions of the ALCA.

When interviewed by the investigators, Mr. Les acknowledged that the goal of the Rosebank subdivision/development plan was to create “nice residential properties in the agricultural zone”. The creation of residential properties in the agricultural zone was contrary to Chilliwack’s Official Community Plan and was also contrary to the intent of the ALCA and regulations. As such, it can be reasonably said that the Rosebank subdivision should not have been permitted to proceed. Rather the approval of the subdivision vested with Mr. Grant Sanborn, the municipally-appointed Approving Officer.

The Special Prosecutor concluded that the available evidence supports the conclusion that Mr. Sanborn gave Mr. Les preferential treatment in the rezoning and subdivision of these lands.

Are you as confident as I am that we will now get the straight goods on the HST?  Thought so.