Where will you see a big deck with a man wearing a skirt rolling around? This might sound absurd, so I’ll give you a little more context. This man was in Deep Cove (North Vancouver) and his deck was fiberglass as is the rest of the kayak. Yes, he was paddling in a sea kayak rented from Deep Dove Canoe and Kayak, learning how to recover from an unexpected capsize. I never thought the day would come when I would shout at my boyfriend “don’t forget to remove your skirt!”

My boyfriend’s skirt aside, learning how to kayak in Deep Cove was lots of fun and a fantastic thing to do on a sunny Vancouver day.

It's necessary to take an intro course before renting a kayak if you plan on paddling about without a guide. It’s important to know different paddle techniques to get yourself closer to, or farther from, a fellow kayaker, to move more efficiently, and to be able to maneuver away from those sharp rocks. Not to mention, it can be quite embarrassing, and painful for the victim, to bump into a fellow kayaker because you haven’t learned how to paddle.

A family friend happens to work at Deep Cove Canoe and Kayak, so our kayaking crew naturally signed up for a course with them. There are plenty of other companies to choose from in Vancouver, though. Our capsize recovery lesson lasted three hours and we spent almost as much time in the water as in the kayak. We successfully learned how to perform a “wet exit” (exit the kayak after having flipped over) as well as solo and assisted rescue scenarios.

All of the gear was provided for us, as well as wetsuits for an additional $10 had the weather not cooperated. Our instructor was full of funny anecdotes and random tales, so we left the water with more than just a kayaking story. For example, when guiding a bunch of beginners, she turned around to see the leader peer into the water, toppling over, and have the whole line of succeeding kayakers follow suit like dominoes. Worrisome, yet it served its purpose: don’t lean over or else you’ll tip.

In some parts of the world the words “kayak” and “canoe” can be used interchangeably. They are actually two very different boats. There are even differences between sea kayaks, whitewater kayaks, surf kayaks, and sit-on-tops to name a few. Usually there are one to two, sometimes three, kayakers who sit in a cockpit beneath the deck of the boat. The skirt, or spraydeck, is a waterproof vestment around the kayaker’s waist attaching to the mouth of the cockpit to prevent water from splashing in. Sea kayaks in particular tend to be longer allowing for straight movement rather than easy maneuverability.

I would recommend a kayaking trip to anyone who doesn’t mind getting wet. Be sure to bring a towel and drink lots of water especially if it’s a hot day. Wear a hat and pair of sunglasses you don’t mind losing in case you tip. Although, I did accidentally take a plunge with my not-so-stylish hat and it stuck to my head like crazy glue.

Next time, we’re planning on renting a kayak during a full moon and going for a night paddle out to a nearby island. It’s rated as one of the top activities to do in Vancouver according to a random tourist pamphlet which has since disappeared. It should be fun and cold, yet an amazing experience. 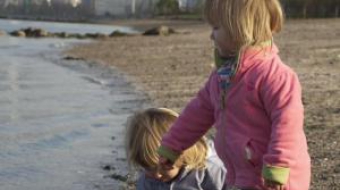 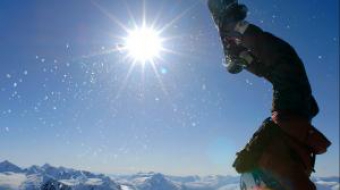