Death by Retail: Michael Jackson's Journey into the Business of Retail

When you share your name with the biggest pop star of the past 25 years, you have two choices: change your name or embrace it. Michael Jackson of Vancouver, BC chose the latter path, moonwalking across the stage during his high school graduation ceremony.  He now owns Thriller, a skate and snowboard shop on Main Street, as well as Grub Wear Inc. His journey into small business began in 1988, when he began handing out silkscreen t-shirts to up-and-coming skateboarders and BMX bikers in a popular London, Ontario skate park.

“No one ever told me how to fill out a PST form,” he recalls over coffee, covering his face with his hands and exhaling loudly. Despite this initial inexperience, however, Jackson’s never regretted a moment. “My victories are my victories so I should also be proud of my failures" he explains. In the years since, he has accumulated so many stories it would make your head spin; or, as he would say, “there’s more than enough to fill a screenplay.”

From his successful start in clothing he launched a snowboard line in 1992, just at the peak of the trend. These were sold wholesale alongside clothing under the name Jackson Snowboards (remember what I said about embracing his name?).

Jackson had grown tired of wholesale, mostly due to financial concerns, as wholesale clients of his were leaving debts unpaid up to and beyond a staggering $20,000 annually. So when he moved “cold turkey” to Vancouver in 1996 he opened his own retail shop, and Thriller was born. Things were going well until the building was sold.  With an offer to stay for three times the rental price or to be out in 60 days, Thriller and its neighboring bike shop, Ride On, packed up and moved.

Tired of landlords, they decided to split the cost of purchasing a building on Main and 17th. Jackson's portion of the down payment was bought on a line of credit he admits with a smug grin. He soon learned that owning a building meant a new set of problems. Most recently being a busted water main for the building. This not being a big problem as far as problems go, although it did mean tearing up the floor for repairs. To my surprise Mike just shrugs it off.

Over the years, Mike has experienced an average of two break ins annually. During one memorable incident, the thieves broke in through the skylight and were unable to get back out. "They broke my silkscreen press standing on it trying to pull themselves back out the way they came,” he remembers. Now, when he looks up at his skylight he sees the sunlight filtering through a mesh of barbed wire. During one of the most recent break ins, Ride On was robbed and the thieves made away with bicycles. A neighbour later recounted watching the robbers do bike tricks in the street before taking off on their new loot. Since the alarm hadn’t been set due to a miscommunication, a claim couldn’t even be made.

Though stories like this are beginning to sound all too common as of late. He’s been writing it all down: silly customer questions; break ins; the responsibilities and the headaches, as well as the fun and the lessons and the freedom, which he wouldn’t trade for the many thousands more he could earn working for someone else. When he finally closes shop, counts the till and locks the door for the last time, Mike plans to turn these experiences into a memoir poignantly titled Death by Retail. Until then, he'll keep collecting stories, one catastrophe at a time.

TOP 10 things I 'Didn't Know' Before I Started My Small Business by Michael Jackson of Thriller:

1. Revenue Canada won't/can't freeze your account if it has a negative balance!

2. There's a 'fee' attached to everything.

3. Inevitably, people will always want the one thing you have not got.

4. Insurance is a necessary evil and rarely works in your favour (see fine print). Same goes for leases, agreements and partnerships.

you'll have to come in and do it yourself  NOTE: see Training 101

7. Don't expect anyone to understand how many hours you put in.

"OH but you're your own boss!"

More in Open For Business

Change at the CRTC: Weekly news update from OpenMedia.ca

This week's news update talks about the new Interim CRTC Chair, gives more info on the online spying bills, and provides a short update on the Stop The Squeeze campaign. Watch it here:
Lindsey PintoJan 26th, 2012 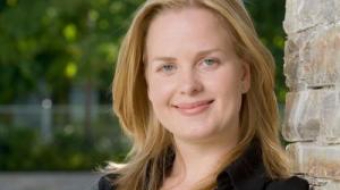 Ethical consumers wanting to purchase local green products can now do so at a bargain. Annalea Krebs, a social entrepreneur from Vancouver B.C., today announced the launch of ethicalDeal, a “Green...
Press ReleaseAug 3rd, 2010 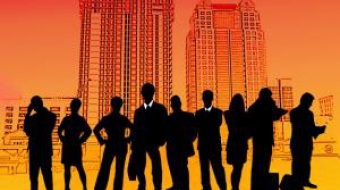 New immigrants face unique challenges when starting out in the Vancouver area as entrepreneurs.
Gary BizzoMar 29th, 2010
Speak up about this article on Facebook or Twitter. Do this by liking Vancouver Observer on Facebook or following us @Vanobserver on Twitter. We'd love to hear from you.