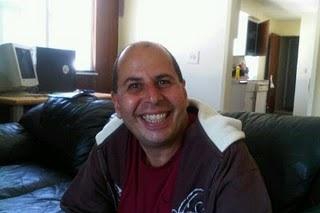 If you could live your life over again, would you do anything different?

A student at a Vancouver acting school is going back almost 30 years and taking a different path.

When he was in high school in southern Ontario, Sotos Petrides had applied to enter journalism and acting programs for his post-secondary studies. Within the same week, he received letters of acceptance from both programs. He had to make a choice.

Almost 30 years later, after a varied career, Petrides has chosen to take the other path and go to acting school.

“It’s the right time,” said Petrides during a recent conversation over coffee in Vancouver’s Marpole neighbourhood. “I have no mortgage, no kids. Nothing is holding me back from doing it.”

One of a dozen students in a year-long program at the New Image College of Fine Arts, Petrides isn’t the oldest in the class, but he’s close. Most students are in the 19 to 23 year-old range, most are female.

Petrides has already had two paid acting gigs, and he got a call about a third while we were in the coffee shop. They’re not major roles, but he was getting paid for all three, and he had only been in acting school for a few months. The money is barely enough to pay the rent, but he is now an “actor”.

“The industry here is small enough that it’s important to get along with everyone,” said Petrides. “I want to make friends every way I can. If people like you, they want you to succeed.”

Petrides will be able to call upon his own experiences and successful business career in developing new networks and relationships.

Born in Cyprus, 47 years ago, Petrides was raised in Mississauga, Ontario, where he got involved in theatre.

He studied “drama” - as they call it - for four years in high school. In fact, his high school troupe travelled around Ontario, doing performances based on Aesop’s fables for elementary school students.

Acting is in Petrides’ blood, and at the mid-point in life, he has decided to make a career in acting. His goal is to play a doctor, lawyer, father or businessman on a television series. It seems that’s where the really money is in acting.

“My previous careers and enterprises were serious,” explained Petrides. “My motivation at this point in my life is to pursue a new career in acting and to have fun.”

More in On the Job 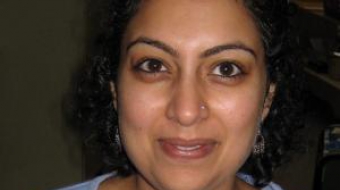 Sadira Rodrigues is the Director of Continuing Studies at Emily Carr University of Art + Design. She is an art historian and curator with a masters degree from UBC. Sadira started her career at the...
Carina ClarkDec 3rd, 2010
Speak up about this article on Facebook or Twitter. Do this by liking Vancouver Observer on Facebook or following us @Vanobserver on Twitter. We'd love to hear from you.