The World's End is hilarious, while You’re Next is bloody and twisted 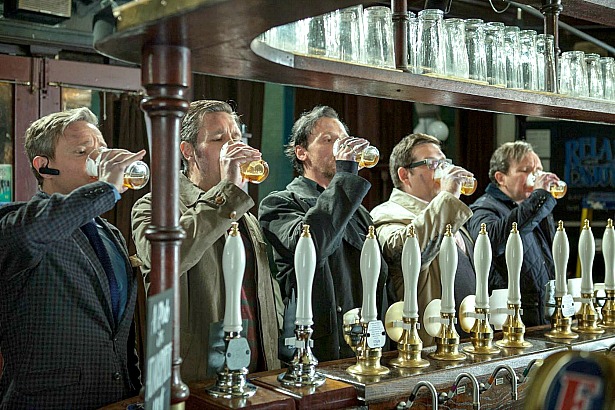 Movie goers with specialized tastes are well served this week from self-searching teens to fans of British comedy and James Bond adventures. Even gorehounds. Also, remember the film noirs keep unspooling at the Cinematheque.

THE WORLD’S END: Here’s another hilarious one from Simon Pegg (star) and Edgar Wright (director), the Brits who previously gave us Shaun of the Dead and Hot Fuzz.  They wrote the films as a trilogy to send up three genres, first zombies, then action, and now science fiction. And in a sly meta wrinkle, they’ve turned the focus on people possibly like themselves, men still living with the obsessions of their youth. 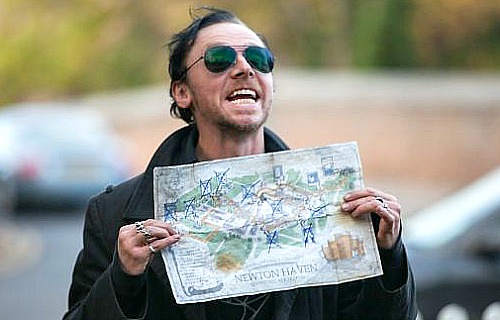 That’s certainly evident in the central character, Gary King, played by Pegg. At school he was a somebody. Today he’s not much more than a fast talker about the old days while his friends have families and good jobs. He rounds up four old pals (Nick Frost, Paddy Considine , Eddie Marsan  and Martin Freeman) and leads them to the small northern English town where they grew up to try something again. That’s a mammoth pub crawl, 12 pints at 12 establishments ending at one called The World’s End. They only got half way there when they were young. The film has a great deal of fun with the changes they find, the people who seem far different than they expect (for reasons better not detailed here) and their own squabbles and disputes. But there’s also a poignant undertone to this farce through the fun it has with the idea of maturity and responsibility. The other films were wilder and more energetic. This one has more to say. (Scotiabank and many suburban theatres) 4 out of 5

THE MORTAL INSTRUMENTS: CITY OF BONES:  Was it Buffy the Vampire Slayer that started this trend? Novels (and then movies or TV series) about young women who find they have ancient connections to a hidden world of good and evil. Dubious fantasies of female empowerment. Angel spun off from Buffy (briefly). Twilight has run its course. Here’s the newest contender for that young adult audience. This is from the first book in a popular series by Cassandra Clare and stars Lily Collins (Phil’s other daughter who we last saw in the dull Mirror, Mirror). 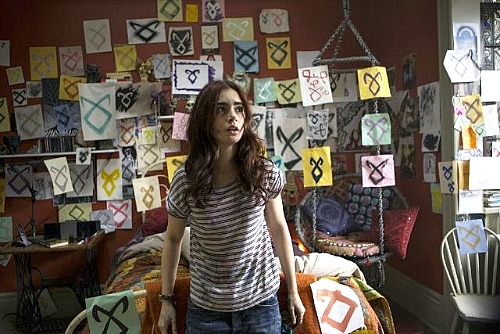 She plays a New York teenager who finds she is descended from shadowhunters, sort of demon-fighting vigilantes, half-angel, half-human. Just like that she becomes key to their efforts while the dark forces (Jonathan Rhys-Meyers, familiar from TV’s The Tudors, among them) are after her too. Both sides think she knows the whereabouts of “the cup,” a gift from an angel but lost to thieves. If she can only search her memories.  While she works at it, she’s drawn into the “downworld” where vampires, werewolves, warlocks and demons live in an uneasy truce.  Also there’s Hodge (Jared Harris) the greatest shadowhunter who ever lived. The film is full of such superlatives, lots of goth atmosphere and good looking special effects but it’s hobbled by clumsy storytelling and dense exposition. It’s a Canada-Germany co-production made in Toronto where work is to start on a sequel in exactly one month. (Scotiabank and many suburban theatres) 2 ½ out of 5