Sure he got a young Donald Trump to say he has no political ambitions. And a grumpy Ayotollah Khomeini to slag Anwar Sadat (and possibly lead to his assassination). And a Mi Lai soldier to admit to shooting babies. We see him interview a KKK leader, Salvador Dali, Bette Davis, Richard Nixon, a sweaty John Ehrlichman, gangster Mickey Cohen. The list goes on and on and the effect is to present him as much as a celebrity as a journalist. We see old TV commercials that he did, including one for Revlon lipstick. We hear him admit to deep insecurities and even contemplating suicide. And we get his legacy. His confrontational methods led to other newsmagazines and even, according to Bill O’Reilly in a clip, the house style at Fox News. Lots to think about there. Former 60 Minutes producer Peter Klein and former CBC Radio host Kathryn Gretsinger, both now with UBC, will be there after the first show tonight to talk about it. (VanCity Theatre) 3 ½ out of 5

DAVID CROSBY: REMEMBER MY NAME: Sounds like a plea, but he doesn’t come off that way in this documentary where he gets ample time to talk and explain himself. A couple of months ago, in another film, he suggested he had been something of a jerk. He expands on that immensely here. Answering questions by former rock writer Cameron Crowe he describes being ejected from The Byrds, which he helped found. We see the ejection in animation and band mate Roger McGuinn calling him “insufferable.”  He also turned Graham Nash and Stephen Stills from his next band against him, and repeated that with the later recruit, Neil Young. Apparently they still won’t talk to him and he wishes he could fix that but can’t figure out how. 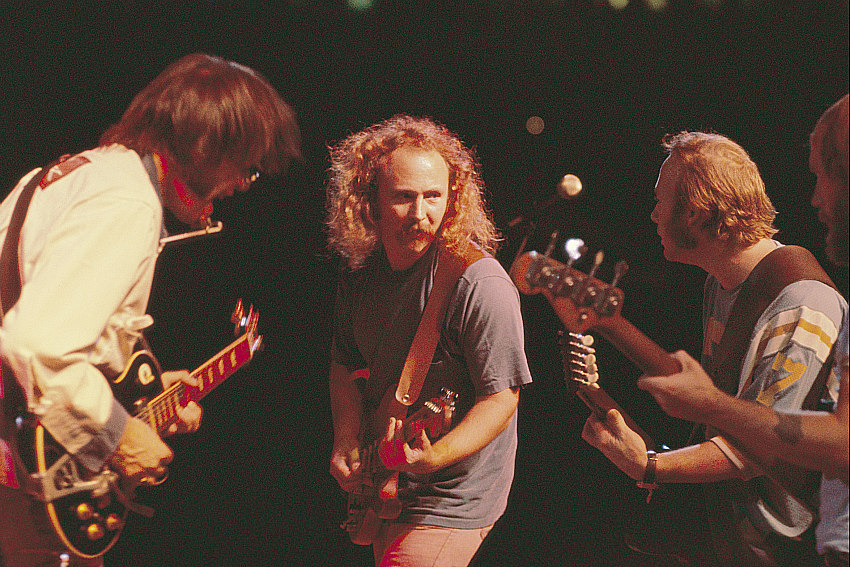 He does tell us about his musical life, points to the very room where CS&N first sang together, tells of his affair with Joni Mitchell (which she ended with a song), remembers Jim Morrison as a “dork” and muses that Dennis Hopper was really channeling him in Easy Rider. And he talks about his heroin habit which got him jail time and continuing regret. He got a lot of girl addicted he admits and says he was selfish and “wacko.” It’s an uncommonly candid self-evaluation and along with a batch of musical and news archival clips it’s compelling for both fans and students of stardom.  (VanCity) 4 out of 5

THE ART OF RACING IN THE RAIN:  This is one for people who know for sure that their pets love them and aren’t just around for the food. It’s a dog this time but not just any dog. He thinks, is philosophical, analytical, learns from watching TV and offers his thoughts through the voice of Kevin Costner. Oh, and he’s named Enzo, after the Ferrari guy and by the end you might wonder if the car company sponsored this thing. No, it originates in the popular novel by Garth Stein wherein an aspiring race car driver in Seattle (played by Vancouver) adopts a puppy and we watch it grow up into a wise old dog. And wonderful companion, when he isn’t leaking on the floor or tearing apart a room of toys. 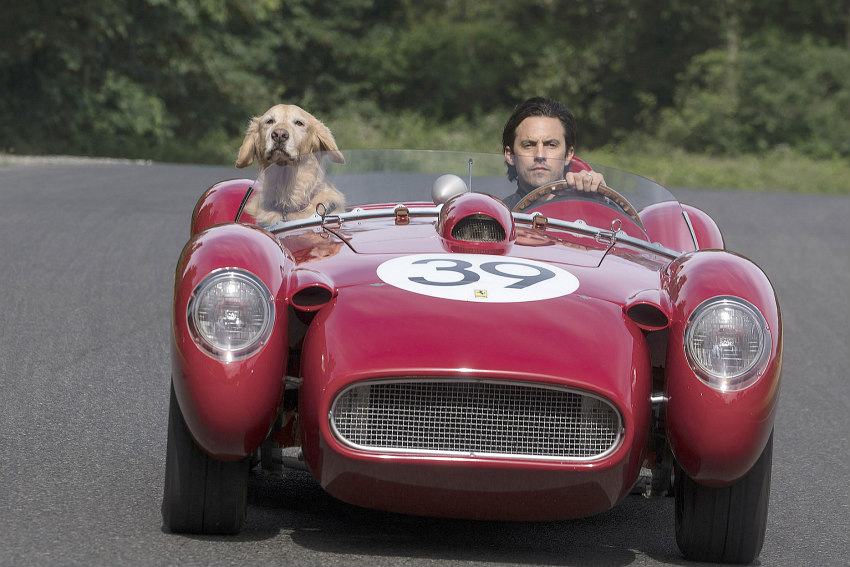 TV actor Milo Ventimiglia plays his master, Amanda Seyfried plays his master’s wife and Kathy Baker and  Martin Donovan her parents. That’s important because an illness and a child custody court case get into the mix too as if friendly Enzo’s musings aren’t enough to occupy us. He’s miffed when the wife comes along and then a daughter joins the team and takes away much attention. Enzo is steady though. He found out from TV that people in Mongolia believe that good dogs will reincarnate as human beings. He’s hoping. Actually he’s already acting like one as he thinks out loud and the film leans into extreme anthropomorphising mode. Its real purpose of course is to make people cry. It does that fairly well, though not profoundly. It knows its audience and plays to them, not imaginatively or with innovation, but incessantly. (International Village, 5th Avenue and suburban theatres) 2 ½ out of 5

LIGHT OF MY LIFE: Filmed around here, written by, directed by and starring Casey Affleck and co-starring a bright newcomer, Anna Pniowsky, from Winnipeg, this one should get more attention than this. Only one screening is what it gets. Monday at International Village. It should get more. It’s a very personal and heartfelt treatise by Affleck on parents and children and how they affect each other. More specifically, how parents are charged with protecting their children and passing along their knowledge to them. He’s chosen a tense dystopian world to play out his theme. 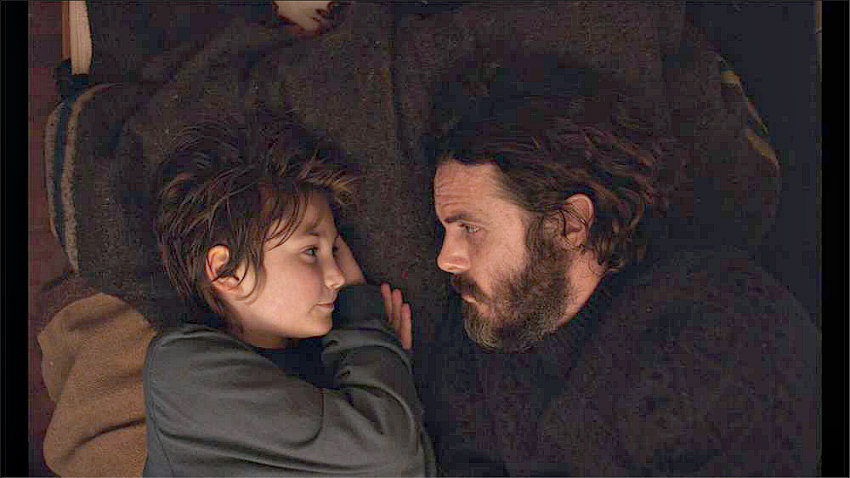 A father and his daughter travel through it, staying out of sight as much as they can, living in a tent in the woods, rarely getting near people, because as we gradually learn she’s in danger and has to pretend she’s a boy. A “female plague” has killed off almost all women and many men are desperate to grab any still alive. So he shields her, tells her stories, educates her about puberty which she’s entering, about world issues like racism and mostly about right and wrong. That will be tested severely because they can’t keep the world out forever. It’s an interesting array of ideas but the raising of them is too laconic. (International Village Monday Evening) 2 ½ out of 5

DORA AND THE LOST CITY OF GOLD: Five years after the popular TV show shut down, it gets its first movie spin off as Dora, her monkey and a pack of teens go searching for her missing parents in the jungle. She’s a rarity in our popular culture, a Latina heroine. I haven’t seen the film but Isabela Moner is getting praise for playing this live-action version of the animated character. Eva Longoria and Michael Peña are the parents and Benicio Del Toro is the voice of Swiper, the conniving fox.  (International Village and suburban theatres)

SCARY STORIES TO TELL IN THE DARK: I haven’t seen it but its pedigree is interesting. Tops to me on the list is Guillermo del Toro, the co-producer and co-screenwriter. It’s his first film since The Shape of Water won him two Oscars. This one is from a trio of books by Alvin Schwartz about a group of teens who come across a book of scary stories all of which seem to be about them. The director, André Øvredal is known for a celebrated Norwegian film, Trollhunter, which mixed horror and comedy. Possibilities are good. (Scotiabank and suburban theatres)