Will Smith and Eddie Murphy come back strong, Meryl Streep follows the money and one final VIFF pick

Rudy Ray Moore, who Murphy plays, was a real person; a black entertainer who created films like Dolemite (1975) and Disco Godfather (1979) during the Blaxsploitation era. He hadn’t been able to get played on the radio as an R&B singer but got the people laughing as a stand-up comedian by incorporating stories he collected from the hustlers and winos out on the street. People responded because they recognized the world he was talking about. Movies seemed a natural next step and the bulk of this film is about scrambling to make one himself, starring himself. Wesley Snipes plays the director, Keegan-Michael Key the writer and Da’Vine Joy Randolph is fabulous as a grateful actor named Lady Reed. Snoop Dogg, Mike Epps, Craig Robinson are prominent in this ode to creativity no matter what the level. There’s also great attention to detail like costumes (by Oscar winner Ruth E. Carter), record labels (the Bihari Brothers, my gosh) and of course, moviemaking. (Rio Theatre, Sat, Sun & Mon)   4 out of 5

THE LAUNDROMAT: Rich people hide their money to avoid taxes. The Panama Papers exposure four years ago proved it and in this film Steven Soderbergh tries to show us how it works. Unfortunately he takes on too much and doesn’t explain it well. What he does show is worth your time though. It has nuggets of information that’s raise your ire or maybe your preconceived suspicions. It’s got a playful tone that makes this entertaining and not a Report on Business special. And it’s got a large cast of name actors to take you through the byzantine byways.

Meryl  Streep is at the centre as a woman who lost her husband on a boat excursion and finds the insurance company won’t pay up. The ownership is obscured in a tangle of shell companies. She tries to track it down (“Where is Nevis?” she asks when told it’s registered there). Gary Oldman and  Antonio Banderas pop in now and then, usually with wine glass in hand, to explain how companies register in  tax-havens as a tax dodge. It’s not illegal; as they put it: “Tax avoidance is not tax evasion.” They’re playing two lawyers who headed the Panama company whose records were leaked. What they show us is revealing—a lowly clerk signing documents as a key executive, for instance—and kudos to them for pointing out that one of the biggest tax havens on earth is in the US: the state of Delaware. What I’m missing though is exactly how that’s connected to the woman who lost her husband being denied an insurance settlement. Incidentally, new rules are coming in about tax havens and Canada has signed on. (VanCity Theatre starting Saturday) 3 out of 5

WHERE’S MY ROY COHN? This is a close study of one of the most dislikable characters in recent American history – and sadly one of the most influential. He worked with Sen. Joseph McCarthy as chief counsel, helped get Ronald Reagan elected and tutored Donald Trump when he was still only a young real estate developer. 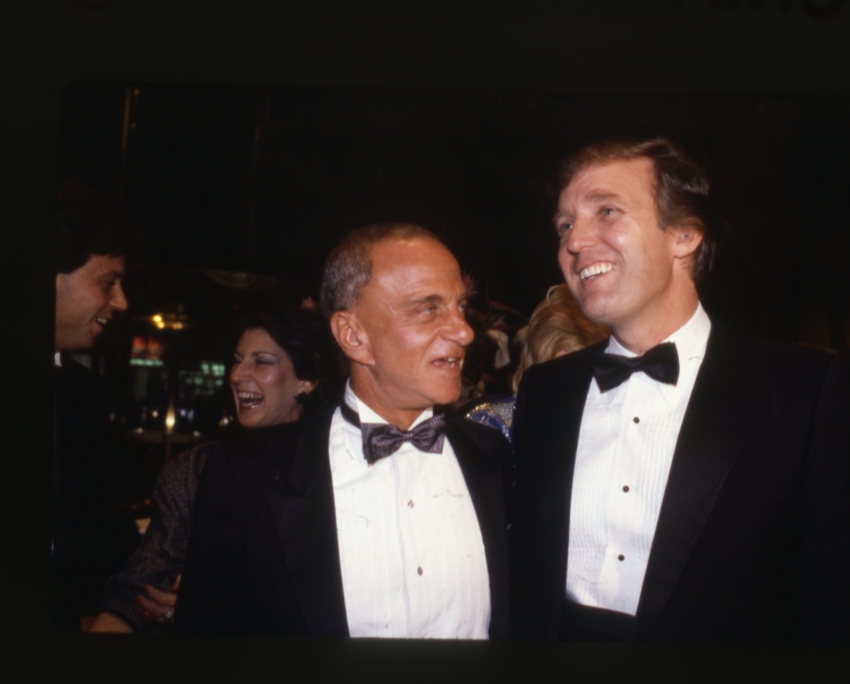 He showed him you can lie and get away with it, just don’t admit it, and if attacked, counter-attack and change the argument. The Donald seems to have learned well. Cohn got him off easy when he was accused of refusing to rent to blacks. How? By countersuing and changing the debate. Cohn defended Mafia types and got John Gotti only two years for killing a man. Earlier, as a prosecutor, he asked for and got the death penalty for Ethel and Julius Rosenberg. Filmmaker Matt Tyrnauer piles up more and more evidence. Self-hating Jew, secret gay who brought his boyfriend onto an anti-Communist committee and triggered the Army-McCarthy hearings to root Communists out of the military. A “legal magician,” a manipulator of the press, demagogue. The characterizations are ripe, plentiful and backed up with facts in this stimulating film. (International Village) 4 out of 5

MATTHIAS & MAXIME: It seems like every film I’ve seen by Xavier Dolan is a variation on the same theme. Living with the ups and downs of being gay. This one doesn’t state it directly, it’s more generally about friendship. But it is the theme that underlies everything. 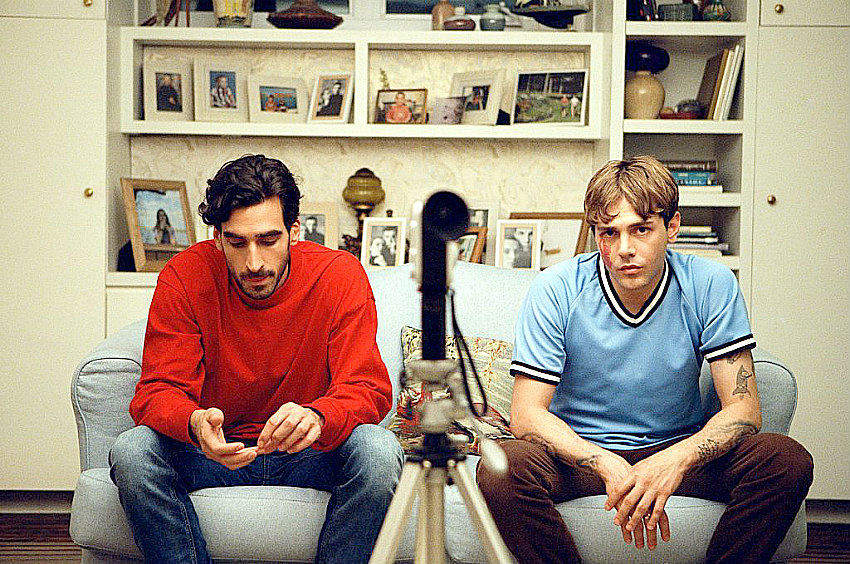 The two best friends of the title, played by Montreal comedian Gabriel D'Almeida Freitas and Dolan himself, go to a party that changes everything for them. A nerdy younger sister of the host needs them for a short scene in a film she’s making that she says will be both “expressionistic and impressionistic.” (The first of a few movie in jokes). After a long hesitation they agree only to find out they have to kiss for it. More debate, but they do it. That triggers a longer debate that goes on for the rest of the film. Maxime is gay so he’s OK with it. Anyway he’s going to Australia soon. Matthias, not gay, starts to question his sexuality. Dolan is exploring what draws them together, and what holds them back from going further. His fans will understand and hope. For me, it echoes his better earlier films too much. (International Village) 2 ½ out of 5

Also now playing but not available to preview:

THE ADDAMS FAMILY: The latest of the many adaptations of the family first seen in New Yorker cartoons looks like a non-stop fest of quick jokes and satiric one-liners. That’s from the half hour of it I’ve seen and then had to abandon for another preview. The family now lives on a hill overlooking a new housing development and a decorator cum developer (Alison Janney)  decides their house needs some brightening up and modernizing so as not to spoil real estate values below. It’s computer animated  and Oscar Isaac, Charlize Theron and Chloë Grace Moretz lead the cast which also includes Catherine O’Hara, Martin Short, Bette Midler and Snoop Dogg. Another film with backing by Bron Creative in Burnaby.

JEXI: This one seems appropriately contemporary. The central character played by Adam DeVine is addicted to his phone. He’s got a low job in pop-culture and no friends but when he’s forced to get a new phone it comes with a virtual assistant named Jexi, voiced by Rose Byrne. She does become a friend. Then a possessive one. It was not previewed so I can’t tell you what happens next. The writers of The Hangover wrote and directed this one.