A whole mob of Avengers, a master horse handler and a look-ahead to DOXA and Harry Rankin 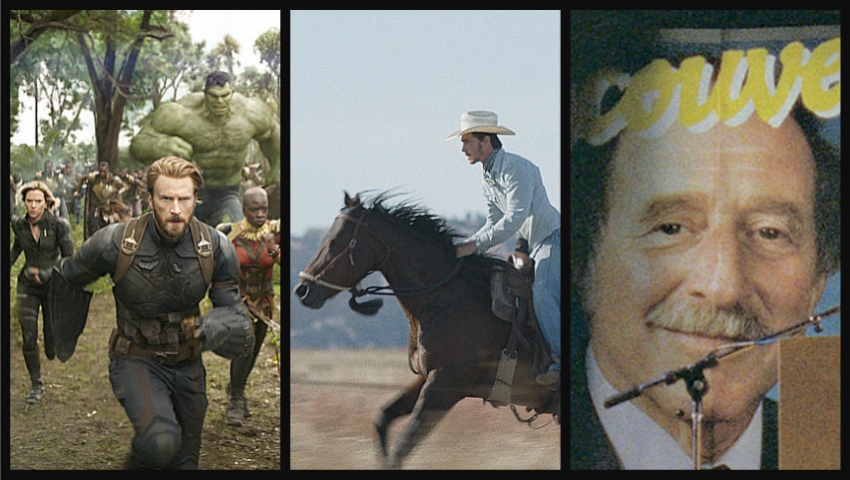 Also: Joan of Arc as you’ve never seen her before, unruly Caravaggio, creepy doings at a commune and an urgent call to save the earth

The Avengers have taken over most of the theatres but I’ve found lots of alternatives. Some are only here for a short time, but quite a few are better than average in quality.

Jeanette: The Childhood of Joan of Arc:  2 ½

Caravaggio-The Soul and the Blood:  3 ½

AVENGERS: INFINITY WAR: The fans have been parsing every trailer and scrap of information to predict what happens in this one. Well, I can throw one tidbit their way. No, Warlock is not in it. Maybe next movie, which has already been filmed and arrives next year. So, here’s what we’ve always known. Super villain Thanos (Josh Brolin) is trying to gather together all six infinity stones. They each bring a different power and the whole set would give him control of the universe. Standard comic book stuff, yes, but this film puts some depth into it and makes the villain sort of human with actual motives. 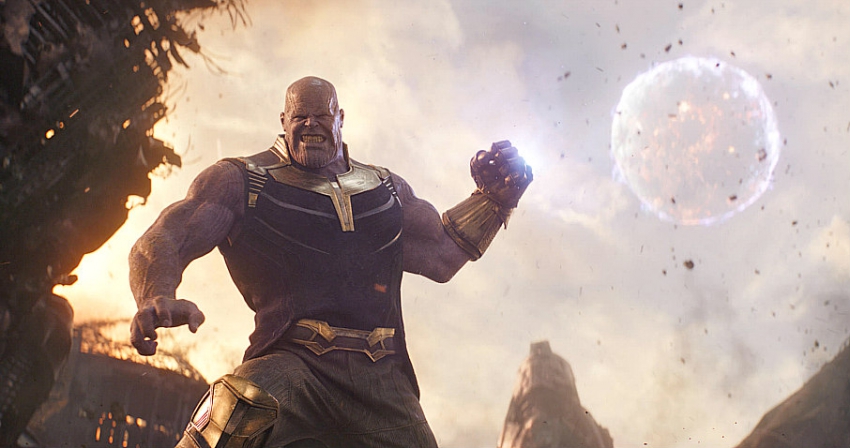 Opposing him is just about every hero in the Marvel universe. The Avengers come back together, the Guardians of the Galaxy join in and a few others like Spider-Man also drop around. Iron Man, Black Panther, Thor and Dr. Strange are prominent.

To me there are too many characters. They split off into different groups, reconfigure, go to different planets and we have to work hard to stay involved. The film is also kind of dark in appearance.  Consequently it takes a long time to get good (except maybe for the real fans who enjoy even short intervals with the characters they know). But by the last half hour (of five) it zings. Between some mammoth battle scenes there’s a melancholy mood building as a showdown develops between Thanos and his daughter Gamora (Zoe Saldana) and quite a few characters die by disintegration (not telling who or speculating on whether any could revive in the future). The movie ends in a cliffhanger so anything could happen. It’s a fan pleaser, funny at times and exciting quite often but crowded. And from pre-sales alone, already one of the biggest films of the year. (Fifth Avenue, Dunbar, Scotiabank, Marine Gateway and suburban theatres everywhere) 3 ½ out of 5

THE RIDER: Here’s a truly unique film. It’s a modern-day western that perfectly captures the mythology of the old west, or what’s left of it these days anyway, and is performed by non-professionals acting out incidents from their own lives. What’s more, it’s directed by a Chinese woman who was educated in England and now lives in California. Chloé Zhao has said of the film:  “Factually, only 40 percent is fake.”  I’d say none of it feels fake; it’s as authentic as a documentary and highly affecting when it explores the concept of masculinity.

In modern-day South Dakota, Brady has lost his self-worth. He was a rodeo cowboy, almost died in an accident and is under a strict warning by his doctor to never ride in competition again. His dad natters that he had told him not to ride that day and in another more empathetic speech offers “Sometimes dreams aren’t meant to be.” (They’re real-life father and son, Brady and Tim Jandreau, in those roles. A sister and a best friend also play themselves and Brady did suffer a serious rodeo accident). He is reduced to working in a grocery store but the pull of the rodeo is always there. Will he go? It’s emotional; his self-image is at stake.  He’s also a gifted horse trainer and shows it in two amazing sequences. They couldn’t have been choreographed. They look real and this is a very touching film. (International Village) 4 out of 5