Judi Dench plays her a second time (the first was in Mrs. Brown, about a similar friendship with a Scotsman). At first she’s morose; still grieving the loss of Mr. Brown and before that Prince Albert, her husband. Abdul revives her interest in life, in her job and in learning. But to her staff and her wastrel son Bertie (Eddie Izzard) he’s an outsider. Most of the humor is based on their opposition. They call him and his pal Hindus, though it comes out later that they’re actually Muslims. That revelation startles Victoria and almost ends the friendship. (For historical reasons). It’s the one serious sequence in this generally light film. Stephen Frears directed. It’s the third film he’s made with Judi Dench.  (5th Avenue and suburban theatres) 3 out of 5

REBEL IN THE RYE: As a biography of J.D. Salinger this is pretty thin stuff. As an essay on the craft of writing and the business of publishing, it’s pretty informative, useful even. That’s because Salinger, played by Nicholas Hoult, encounters a tough mentor (Whit Burnett, played by Kevin Spacey) who badgers him about why he wants to become a writer, what he has to say and when will he find his voice. He cautions how difficult it is to get published and how he must live with rejection. His father (Victor Garber) talks like that too. 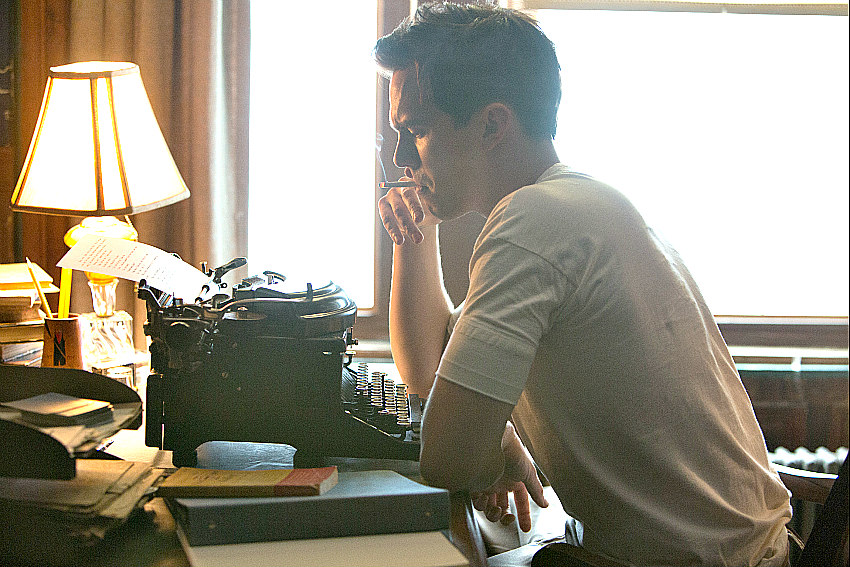 We watch J.D. carry on any away, a story in a literary journal here, a New Yorker story cancelled because he refuses their “notes” for changes, an obsessive need to write about a man named Holden Caulfield while doing military duty in World War II. It was a form of escape for him. The war, especially the “camps” he helped liberate, traumatized him and that set Holden’s caustic voice. The novel became a sensation; some fans were fanatical and Salinger retreated to become a recluse.  We also get Zoey Deutch  as Oona O’Neill, who Salinger had a brief romance with (until Charlie Chaplin married her), Sarah Paulson as his agent and Hope Davis as his mother, both giving important guidance. It’s easy to take in but quite superficial. Except maybe as a primer on becoming a writer. (International Village) 3 out of 5

MY LITTLE PONY: I’ve never understood the cult around this TV cartoon  show. Burly grown men watch it and are known as Bronies. I tuned in once and found, yeah, maybe it’s the quirky humor that attracts them. Somebody suggested it might be that men like stories about friendship. They get that in buddy comedies and superhero films don’t they? Whatever it is they now have a full-length film with all the cuddly regular denizens of Equestria (Twilight Sparkle, Applejack, Rainbow Dash, Pinkie Pie, Fluttershy, and Rarity) and a batch of newcomers including The Storm King, Tempest Shadow, Capper and Princess Skystar.

That’s an amazingly large cast of characters, too many probably. Individually few of them make much of an impression. As a crowd piece though with friends working together to fight off the menacing Storm King and the bad pony Tempest, the film is vibrant, speedy and rousing. There are lots of gags and songs and the animation, partially, maybe largely, done here in Vancouver, sparkles, especially in several kaleidoscopic light show sequences. That surpasses the TV show, while the story essentially emulates it. Not surprising:  the original director Jayson Thiessen and writer  Meghan McCarthy were in charge. Emily Blunt, Zoe Saldana, Liev Schreiber, Taye Diggs and Kristin Chenoweth are among the new voices. They join the TV regulars, including Canadians Tara Strong and Cathy Weseluck. Good for kids and Bronies. (International Village, Marine Gateway and suburban theatres) 3 out of 5

THE MOUNTAIN BETWEEN US: Aren’t our BC mountains over there around Invermere beautiful?  They’re the best thing about this movie in which they play some American Rockies and provide great backdrop for Kate Winslet and Idris Elba. They on the other hand don’t fare as well. He’s a doctor trying to get to a medical conference; she’s on her way to her wedding. A storm is coming in, flights are cancelled, a pilot with a small plane agrees to fly them, the storm does show up very suddenly, they hit a mountain and crash but survive. Now they have to abide each other. They argue –walk or stay to be rescued—share their histories—uneasily—and through every peril known to man in these kind of survival movies come to accept each other. 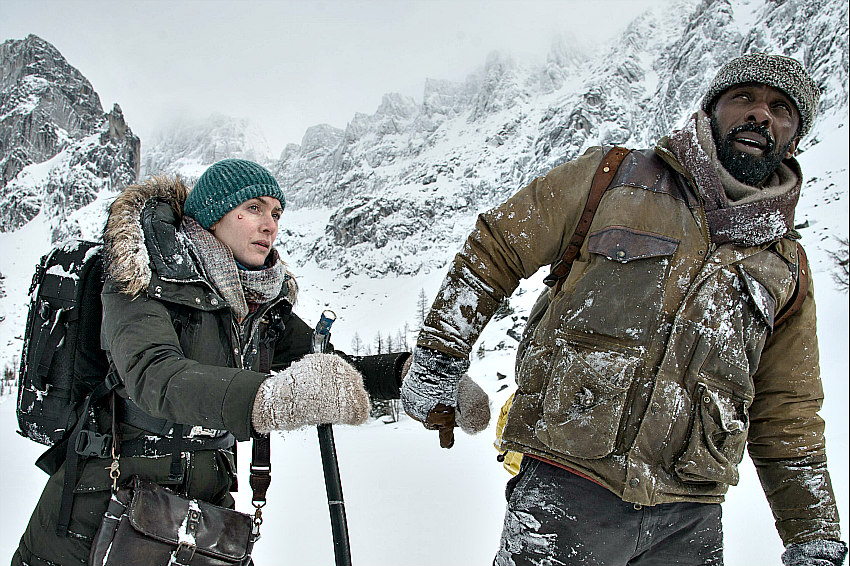 Lots happens and the pacing is brisk and if you’re not too demanding you can take this film as a fine adventure. But I didn’t believe the two characters, the bad feelings that grew between them or the turnaround that came later. There was never much tension in their relationship, or in their predicament. They don’t look like they’ve been out in the wilderness very long. The film is pretty, not intense. (International Village, Marine Gateway and suburban theatres) 2 ½ out of 5