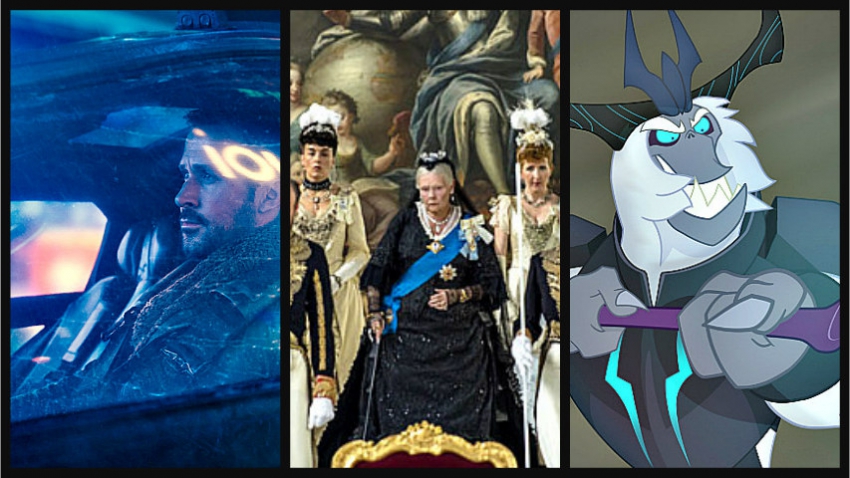 Also watch J.D. Salinger learn to write and Kate Winslet get lost in our Mountains

One of the most highly anticipated movies in years is here. The original Blade Runner came out in five different edits. It’s got a huge cult following and now a sequel by a Canadian director.

Two other new movies also have strong Canadian connections and here’s another worth talking about.

The Cinematheque is bringing back the documentary that Ryan Reynolds co-produced and narrated about Luna, the young whale that got lost in Nootka Sound six years ago and became a media star and a cause for controversy. The film is called The Whale, it’ll be screened in a regular family slot Sunday afternoon and its two directors, Suzanne Chisholm and Michael Parfit will be there to talk about it.

BLADE RUNNER 2049: This is a triumph for Denis Villeneuve and for science fiction. The director from Quebec is a huge fan of the original film and here, 35 years later, brings us a sequel that not only respects what came before, but adds immeasurably to it. And even more remarkably, does it by side-stepping the usual way. There’s less action in this second film in favor of much more philosophical inquiry. Though that takes time and the film is too long at 2 ¾ hours, it is a prime example of smart speculative fiction. 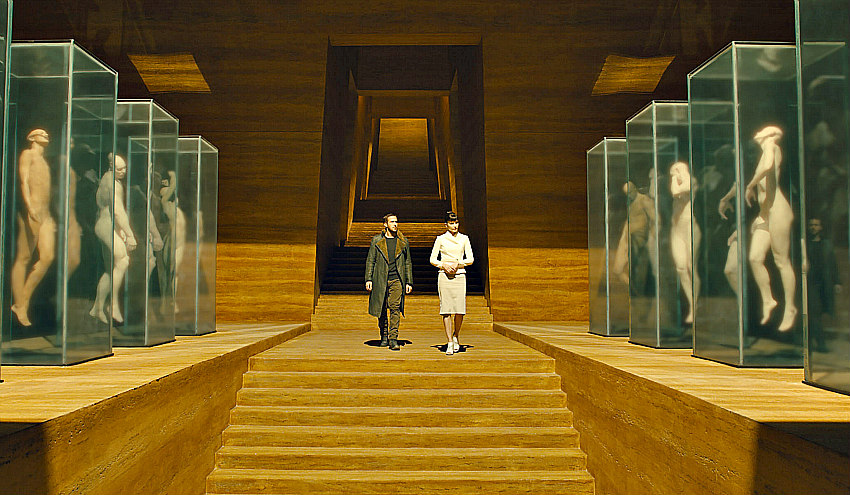 The source novel by Philip K. Dick asked “Do Androids Dream of Electric Sheep?” The question is now bigger: “What do they want?” Do they aspire to be human? Are they a threat to us? Are they under our control and will they stay that way? Ryan Gosling doesn’t ask those questions but he runs into them as “K’’ a blade runner, or hunter of androids, here called replicants, who have stayed around too long. A startling revelation (not to revealed here) leads him to seek out the earlier hunter, Rick Deckard, who had disappeared since the previous film. 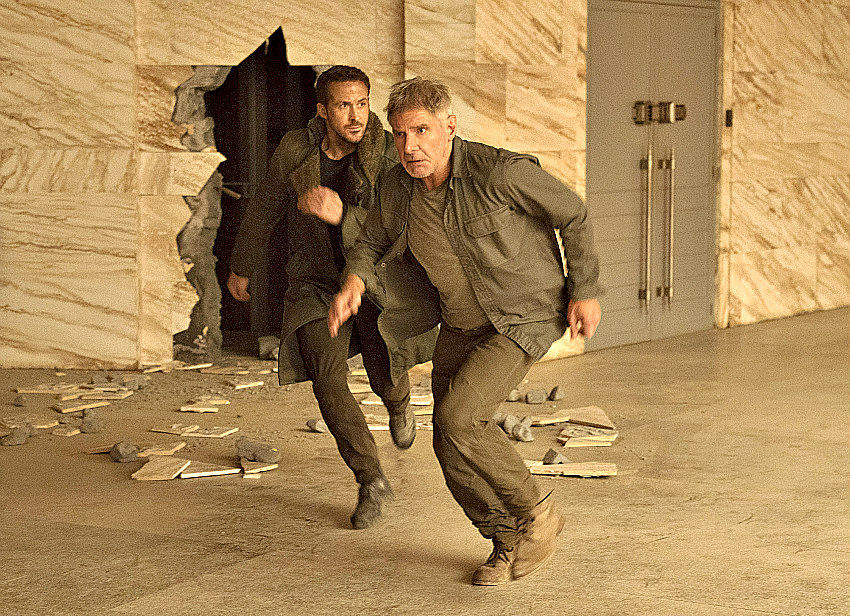 Hold on there fans. Yes it’s great to have him back but it takes a long time, over two hours. He didn’t want to be found and a great deal of storytelling and philosophical musing had to come first. An entire world had to be shown, the neon-lit, rainy Los Angeles is now bright but always smoky. Down to San Diego is all a garbage dump. The Tyrell Corporation went bankrupt and Jared Leto plays the head of the successor Wallace Corporation. He wants to dangerously advance the science of replicants and also needs to find Deckard. On the other side, K’s boss (Robin Wright) keeps him working and under tight control. He has a hologram named Joi as a love interest. Through these and many other characters the question about what it means to be human and where we’re heading comes up repeatedly. Beautifully designed, directed and scored, the film asks most effectively.  (Dunbar, 5th Avenue, Scotiabank, Marine Gateway and many suburban theatres) 4 out of 5

VICTORIA AND ABDUL: This English film comes across as a trifle but a very funny and entertaining one. It cheekily admits right off the top that it’s “based on real events … mostly”. That’s the tone of the film almost all the way through. It don’t know how much of it is true but it does come from a non-fiction book of the same name that was praised for thorough research. 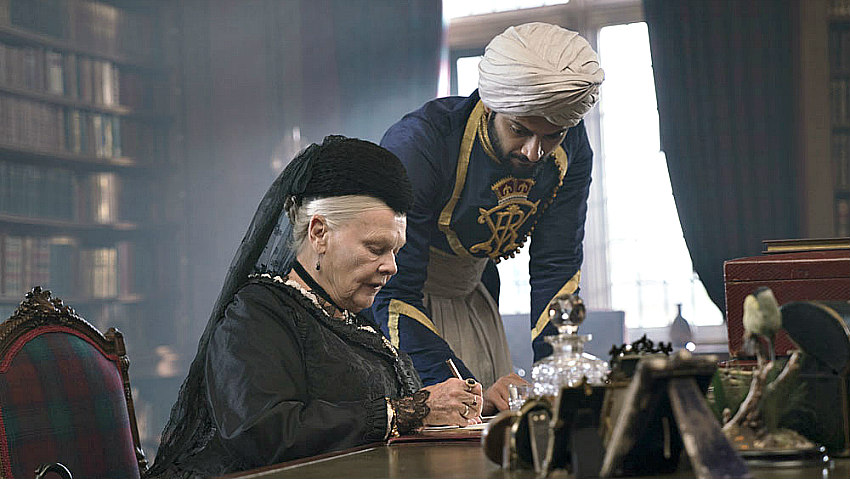 Abdul was a 24-year-old from India who with a friend was brought to England with a present for Queen Victoria on the occasion of her Golden Jubilee. She was so charmed by him she kept him around for 14 years (until the end of her reign). She had him teach her his language and his culture. After all, she was also the Empress of India.