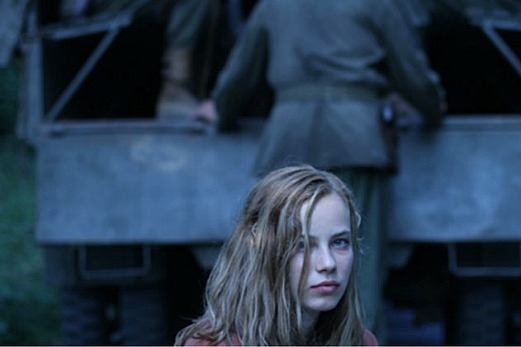 Facing up to World War 2 damage and guilt in the VIFF film called Lore.

Tuesday and Wednesday are particularly good days at the Vancouver International Film Festival. There excellent films debuting or showing again, giving you another chance to catch them. See below for a list of the ones I’ve recommended previously.

LORE:  This turned out to be everything its reputation promised.  A harrowing road trip through a Germany smashed to rubble by World War 2 and a serious inquiry into guilt. Who, besides the first-hand perpetrators, should share it?  How did the war affect ordinary people, especially the children, and how much of a burden should they share? 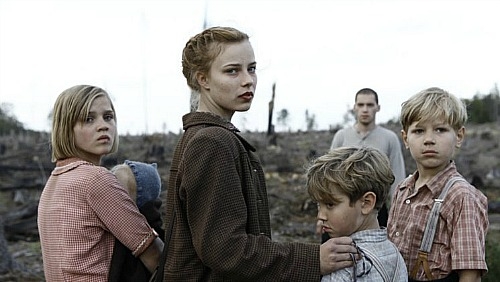 The film lets these questions drift around subtly as Lore, the teenage daughter of an SS officer comes to realize her country and everything she’s been taught is in pieces. “The Fuehrer is dead?” she asks. Her parents have to disappear and she has to lead four siblings, one a baby, across the country to Hamburg, where her grandmother lives. She has to keep their spirits up while she has to barter or scrounge for food, hide out in abandoned farm buildings and elude the American army patrols. She has to trust a young Jewish man who joins them although she instinctively hates him and calls him a “parasite”. Saskia Rosendahl  is excellent as Lore who has to deal with all the new issues coming at her. The ending is a bit improbable but then the story does come from a British novel. The film is in German, directed by an Aussie, Cate Shortland.  (Screens Wednesday)

IN SEARCH OF HAYDN:  After his excellent Mozart and Beethoven quests, Phil Grabsky turns to the man who taught and mentored both. Mozart called him Papa. Haydn is often considered a lightweight but this colorful documentary makes the case that he was an entertainer who wanted to please everyone with his music. A large cast of musicians, singers, conductors and academics describe him as a modest man, not at all a show off, a village boy who spent much of his long career working in one castle but in his quiet way a bit of a rebel. He was playful and willing to take risks. There’s a wonderful sequence as Marc Andre Hamelin shows on the piano how he broke the rules. If he were younger, he’d get his knuckles rapped, Hamelin says. There are generous excerpts from his music and paintings, drawings, visits to concert halls and palaces to tell his story. Somebody has already used the word sumptuous. I can’t think of a better one to describe this film. (Screens Tuesday, Thursday and again next Tuesday)

MY FATHER AND THE MAN IN BLACK: I once met Johnny Cash in Toronto at a Yorkville club I used to frequent. Still have the album he autographed for me but I did wonder why he was hanging around there, nowhere near Tennessee? Similarly, in the biopic, Walk the Line, why was it in London, Ont. that he proposed to June Carter? The answer is his manager lived there. Cash had reason to come around as this intriguing documentary recounts.