VIFF picks: Fun with the Italian Mafia, tension with Ben the addict and what’s with this piece by Banksy?

He thought the money could go to Palestinian causes but he opened up controversy instead. For one thing, the drawing showed a soldier demanding identity papers from a donkey. It was surely a political statement with a Biblical reference but was denounced as a cultural insult. At the same time the film shows and explores quite thoroughly the black market in stolen art that even extends to large chunks of concrete, as long as the artist is in so much in demand. Also, there’s probably historical value in preserving works of street art like that. Italian director Marco Proserpio raises all these issues in this interesting film. It is narrated by another cultural icon, Iggy Pop. (It screens Thurs evening and Fri afternoon)

THE MUSEUM OF FORGOTTEN TRIUMPHS: Some people take the time to listen to their grandparents talk about the life they’ve led. Vancouver filmmaker and film teacher Bojan Bodružić did it for 15 years and the result is this revealing and sometimes moving film. But then it’s a marvelous story he heard from them, not only about their lives but about the wars in the Balkans. They have tales from World War II, the Russians’ arrival right after and the fighting that broke up Yugoslavia in the 1990s. Bojan was born in Sarajevo, was brought to Vancouver when that war started and returned there many times to film his grandparents.

They’re a classic long time couple; interrupting each other, mildly bickering, but comfortable with each other. They tell how they met, how they raised their children and how they survived the 1,200-day siege of Sarajevo and dodged the artillery shells flying by their house. They still have some of the shrapnel. They talk about politics, including the time she met Marshal Tito and chattered on too long. They get feisty at times when they try telling Bojan how to do his filming. It’s an affectionate portrait and a loving tribute. On Saturday it was named the best Canadian documentary at VIFF this year. (It screens midday today, Wed.)

THE LOAD: This one is also about the Balkan wars, but different. It’s an adventure foremost; politics and international affairs are there only as side comments spoken by some of the characters. In a way that makes them stronger because they’re not preached at you; they represent what people think. The main character is a truck driver working a one-time job to get an unknown cargo to Belgrade. In what he scorns as a “video war,” Serbia is fighting Kosovo separatists and NATO is bombing. You hear the planes frequently. Roadblocks and downed bridges force the truck onto farm roads and through tiny villages, and past a national monument that commemorates a key battle in World War II. 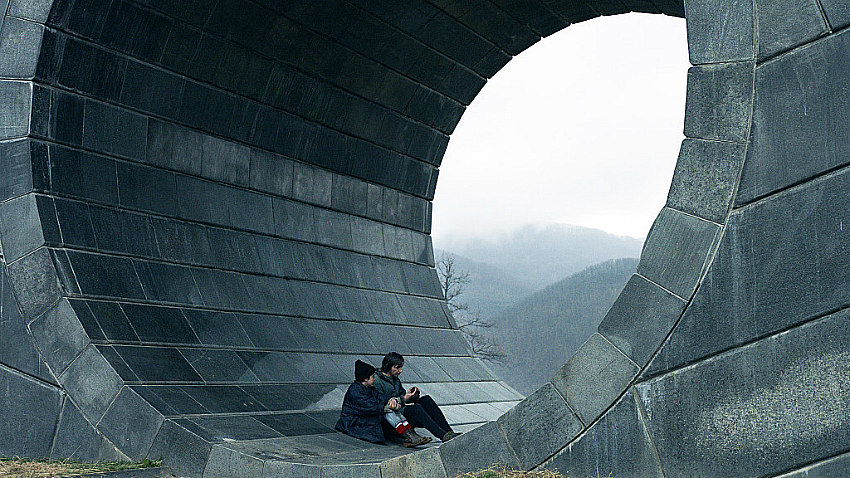 Now it’s been neglected and the kids who play on it don’t know what it represents. “Those were different times” is a line you hear more than once. There’s a palpable sense of lament in this film, and irony. “The arsenals of democracy run deep,” say the leaflets dropped by NATO planes. “Just imagine” reads a billboard with a destroyed Eiffel tower. “Stop the bombs.” In front of all this, there’s a simple story with a tense road trip. Both levels are worth watching. (Screens Friday later afternoon)

IMPULSO: I learned more about the art of flamenco from this film than I had ever known before. For instance: improvisation is not welcomed. Spanish dancer Rocío Molina breaks the normal rules and does push it and says what she’s doing here is like “diving into the unknown.” She’s just as likely to be dancing to a rock band as the usual guitar ensemble. We see it as she rehearses to create a new piece that she’s to debut at a major theatre in Paris. The film counts us down towards that opening. 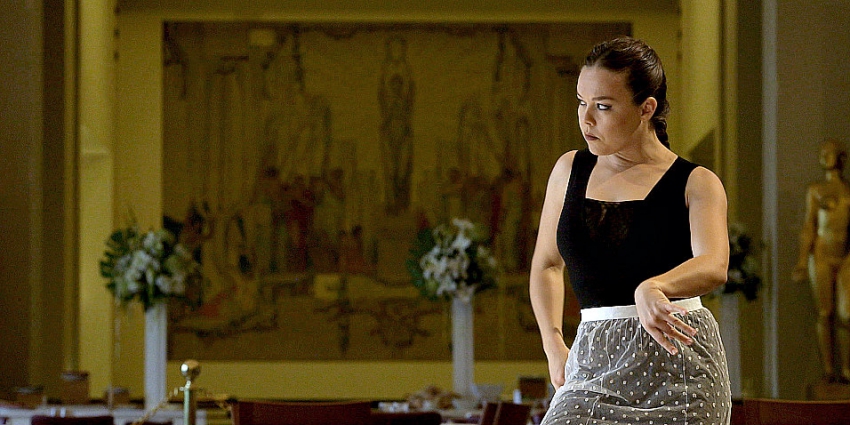 Flamenco is mostly rhythm, she tells us and the film is edited in step with that rhythm. It gives it a unique kinetic energy. She seems to be in a deep daze as her dance gets going. Her shoes bang hard and sharp on the floor. Sometimes she’s crawling on gravel or sliding on red and black paint. We get a bit of her story too but mostly these fiery dance sequences and rehearsals. Curiously though, not that much from the big show she’s been preparing for all film. Anyway, there’s lots here to delight you. (Tonight, Wed, 6:00 pm)