MARY MAGDALENE: For 1,100 years she’s been called an ex-prostitute because Pope Gregory said she was. Three years ago, the Vatican re-wrote her reputation into an “apostle of the apostles.” This film follows that lead by recasting her story into a tale of a woman finding her power. She wouldn’t accept a forced marriage; joined the apostles around Jesus because she was keen on his message of peace, forgiveness and equality and eventually spoke out strongly: “I will not be silenced.” She was an early feminist as the script and the soulful acting by Rooney Mara portray her. 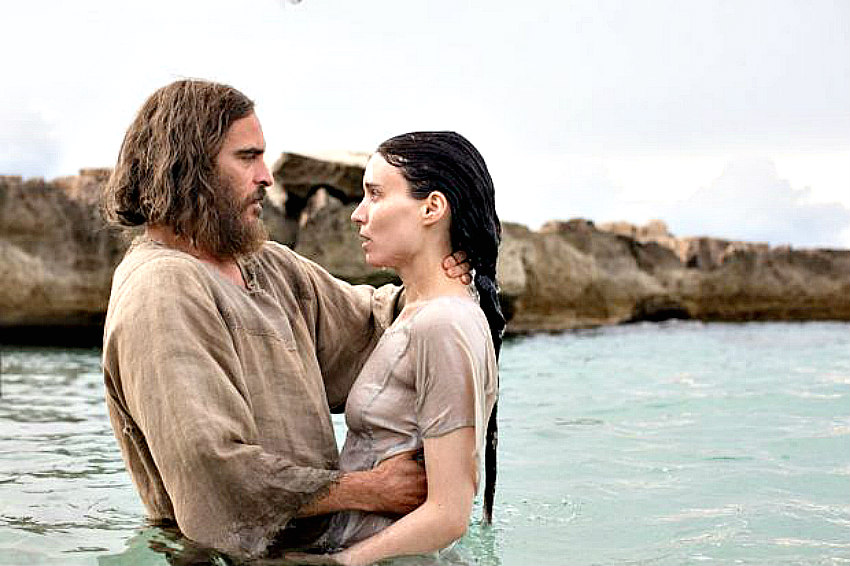 If only the film weren’t so sluggish getting that message across. She’s slow and drifting; Jesus, with whom she has inspiring talks, is played by Joaquin Phoenix as pale and sparkless. She’s there when he brought Lazarus back to life, expelled the moneychangers, carried the cross, died on the cross and came back to life himself. But in most of these scenes, and even in her disagreements with Peter (Chiwetel Ejiofor) and Judas (Tahar Rahim) the film prefers solemn piety over energy. The Australian Garth Davis directed it. We got it a year later than most of the world because it was caught up in the bankruptcy mess at the Weinstein Company.  (International Village) 2 ½ out of 5

STOCKHOLM: You’ve surely heard of 'Stockholm Syndrome': when hostages who come to sympathize with their captors. Patty Hearst is the most famous. This film re-enacts the incident that coined the term, a bank standoff in Sweden in 1973. A Swede with an infatuation for American culture struts in, fires several blasts at the ceiling with a machine gun and tells most everybody to get out. He’s played with scenery-chewing gusto by Ethan Hawke. One of the people he allows to stay is a teller played by Noomi Rapace, acting timid and mild, not at all like the Girl With the Spider Tattoo she once was. These two will define the syndrome for us, at least as hazily as this film manages that. 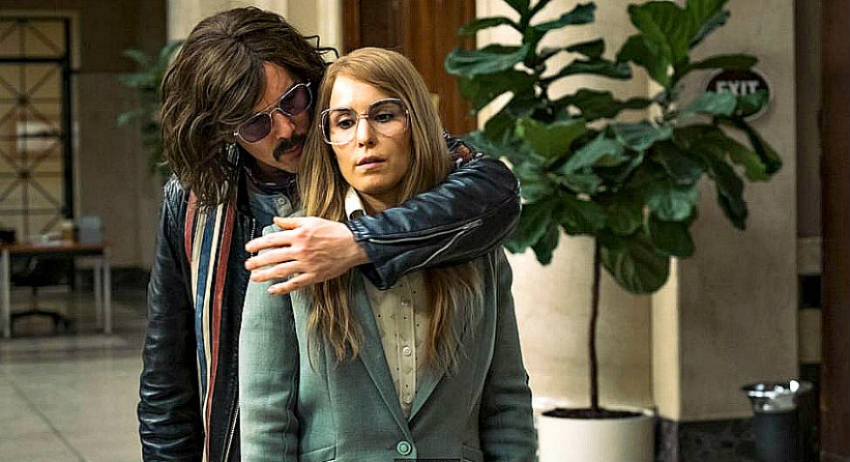 The gunman wants a pal (Mark Strong) sprung from prison and brought to the bank. He wants a Mustang car (like Bullitt drove) to make a getaway. The police chief (Christopher Heyerdahl) and  Prime Minister Olof Palme (Shanti Roney) play bureaucratic delaying games. The teller (Rapace) senses their insincerity and that may be why she shifts her support to the gunman. It’s the best we can do because the few heartfelt talks we hear from them don’t explain much. The details of the incident are there, efficiently directed by Robert Budreau, who also wrote the script, but not the deeper analysis. The film says right off the top that the story is true but absurd. That makes any chaos that erupts feels more clumsy than menacing. The film was up for several Canadian Screen Awards and won two, one of them for its screenplay.  (International Village) 3 out of 5

HELLBOY: This is just adolescent stuff. The first f-bomb comes in the second sentence. Within five minutes you get a beheading. Within another five, an impaling. And it doesn’t stop there. The blasting off of body parts and the mutilations keep coming, to the delight of … well, I’m not sure. I found it driven by a “see what I can get away with” cheekiness by Neil Marshall, a director known for horror movies and a couple of Game of Thrones episodes. Guillermo del Toro directed the two previous films and that raised some expectations for this reboot. The film dashed them fast. 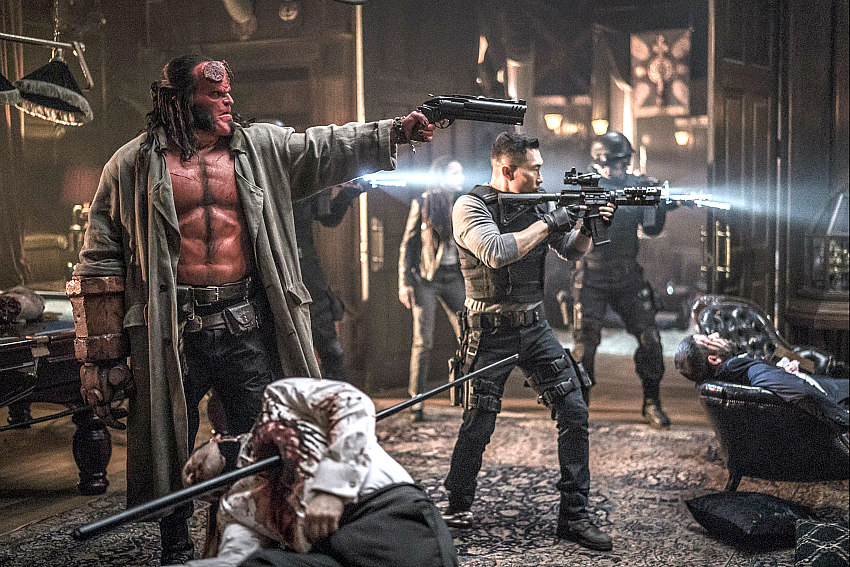 It’s a twisted variation on a super-hero story. Hellboy, according to the comic books he comes from, was a late World War II creation by the Nazis. They summoned him from Hell. He now works for an American paranormal institute and in this film is attracted by an English counterpart to track down three pesky “giants” and help “preserve the secret history of Great Britain. That brings in King Arthur and Merlin, believe it or not, a “Blood Queen” (Milla Jovovich) and efforts to revive her. Actually, that means sew her back together. She’s been cut into pieces and hidden in far flung places. There’s an effort to find every part of her and reassemble her. Hellboy (played gruff by David Harbour) has an uneasy relationship with his father (Ian McShane) and pretty well everybody else. They destroy the inside of St. Paul’s Cathedral in the best of the many battle scenes. The film is disjointed, lacks style and thrives on shouted proclamations. (Scotiabank, Marine Gateway and suburban theatres) 2 out of 5

Three others not made available for preview …

THE BEST OF ENEMIES:  You’d think there’d be interest in this one, but the studio didn’t preview it here and the box office last week in the US wasn’t great. It tells a true story about racism and coming to an understanding. After a fire closed a black school in North Carolina in 1971, white people refused to share their school and a civil rights activist (Taraji P. Henson) verbally battled a local KKK leader (Sam Rockwell) until they were able to broker a deal.

AFTER: The online publishing sensation by Anna Todd becomes a moody (it seems) film about mismatched lovers. A straight and dutiful daughter goes to college and meets a dark and brooding rebel  who changes her life. Not enough to get much promotion by the studio though.

MASTER Z: IP MAN LEGACY: While we wait for a fourth installment in the Chinese series about the martial arts fighter to taught Bruce Lee, here’s a spin off about one of the challengers he defeated along the way. Cheung Tin Chi tries to settle down to a quiet life in Hong Kong but trouble finds him anyway. Legendary director Yuen Woo-Ping choreographs almost two hours of back to back fighting.