Scenes like that are funny because they build on what’s familiar to us. It’s when the film stretches beyond that it strains. There are three stories. Max, the dog now voiced by Patton Oswalt, develops a nervous tic because his owners have a new baby. He gets one of those plastic cones around his head and is taken on a visit to a farm where he meets hostile animals and a gruff alpha dog voiced by Harrison Ford. He gets terse advice from him in the film’s freshest scenes. Meanwhile, Gidget the cat (Jenny Slate) has lost a favorite toy and has to retrieve it from an old lady’s apartment where dozens of cats live and don’t welcome the intrusion. And Snowball the rabbit who thinks he’s a super-hero (Kevin Hart) and Daisy the Shih Tzu (Tiffany Haddish) team up to rescue a tiger from a mean circus owner named Sergei who sends four snarling wolves after them. Action and comedy galore. Fun for the kids. Intermittent for you. (International Village, Marine Gateway and suburban theatres) 3 out of 5

WILD NIGHTS WITH EMILY: That’s Emily Dickinson, the American poet of the 19th century famous for having been a recluse as well as a writer. Mostly, unpublished during her lifetime. But who also wrote this: "Wild nights - Wild nights! Were I with thee Wild nights should be Our luxury!" Filmmaker Madeleine Olnek inspects the contradiction between the image and those words in this playful re-imagining of Dickinson based on a theory that’s been discussed since about 1951 and given more credibility by recent research: that she had a long sexual relationship with her sister in-law who had been a childhood friend and as a married woman lived next door. Molly Shannon plays her; Susan Ziegler plays her lover. 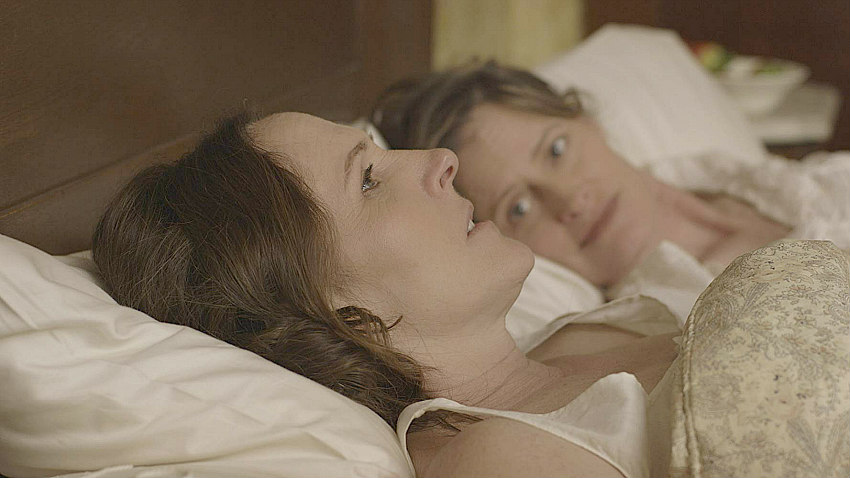 I’m conflicted about this. It’s speculation based on a few facts that are filled out with a feminist agenda. So is it true? How much does it matter? It both diminishes her and explains how her reputation was harmed. Her later editor, Mabel Todd, cleaned up her image and made her seem almost a hermit. The film brings life back into her picture. That’s good, if accurate, and comes with short readings from her work. There’s much focus on how men who controlled publishing held her back. There’s quite a bit of comedy to depict that. The editor of the Atlantic Monthly, for instance, is portrayed as a stuffy condescending sort. There’s even slapstick at times. More problematic is the look of the film. The actors seem to be walking into sets, not real rooms, and that makes parts of the film feel like a school pageant. So, I find it more of an interesting curio than a convincing re-interpretation. (VanCity Theatre, (Mon to Thurs) 3  out of 5

PAVAROTTI: Wives, lovers, children, music business types all talk about the great opera singer’s art but I think Bono, the U-2 front man describes it best. Pavarotti makes you feel that he’s lived the songs he sings; he’s felt the passion. That same tone oozes throughout this documentary by Ron Howard. It depicts a man living his life with joy and without moderation. He burst on the scene in the early 1960s and by 1968 sang LaBoheme at the Met and by the 1980s performed in huge stadium concerts. A promoter describes hiring him after one of them to replace a Bruce Springsteen date that fell through. Pavarotti staged charity fund-raisers in his hometown in Italy where he brought rock stars on stage with him. His popularizing of opera continued as part of the Three Tenors. The film documents all that as well as his personal life. 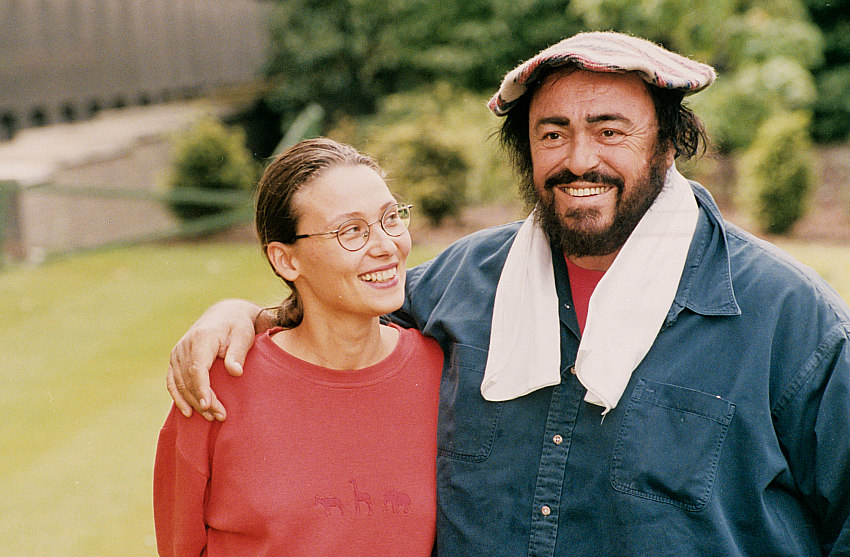