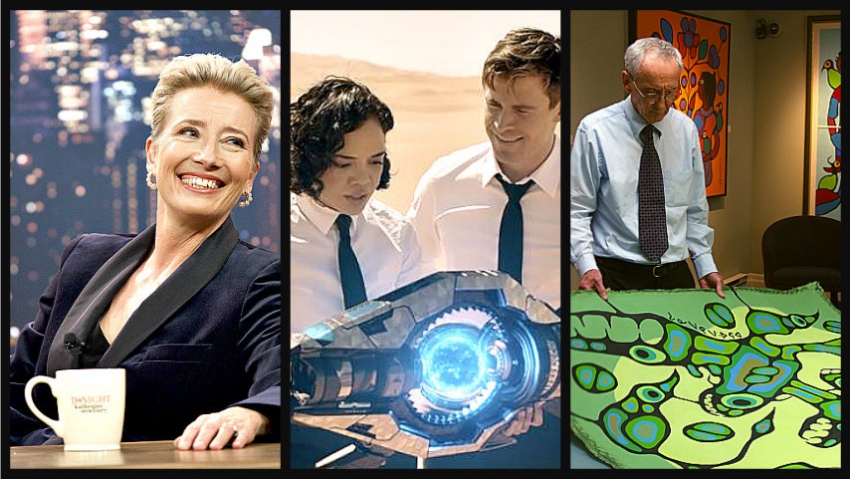 And they’re joined by a musical look back, a fashion industry success story that didn’t last and the hipster zombie film that opened Cannes this year

Here’s a coincidence. Emma Thompson is in two of the big films this week, and essentially plays the same type in both. She’s a demanding talk show host in one, and a tough boss at an agency keeping an eye on aliens in the other. And in both she supervises a woman of colour newly recruited into a male-heavy workplace. Progress.

She’s in the first two of these new ones:

LATE NIGHT: I suppose Mindy Kaling could have been harsher and really blasted TV people and the culture they work in. But one of the joys of what she has written, produced and acted in is how much she has managed to say without a lot of noise. Amiable comedy and drama, no villains and no mean manipulators work just as well to show a workplace struggling to get modern. And Emma Thompson is a perfect star personality to collide with her. Easily, of course. 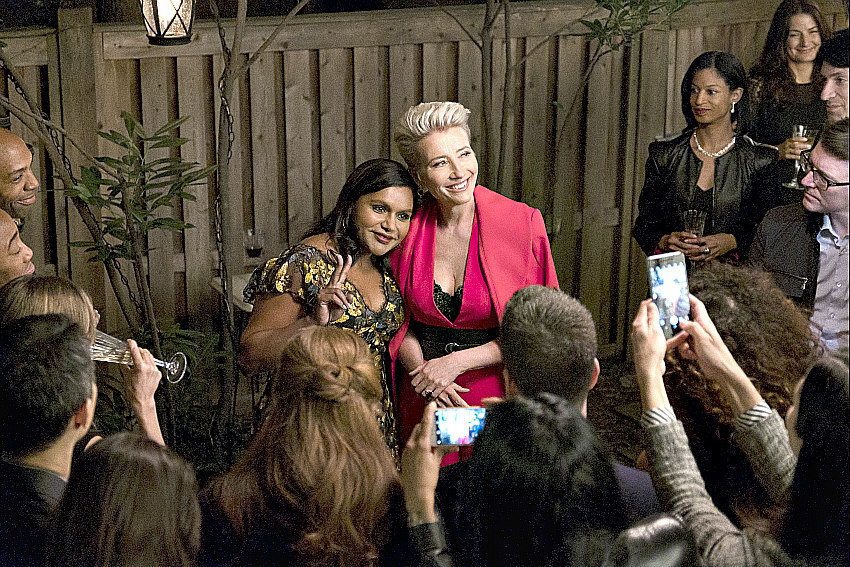 Mindy plays a new hire at a talk show where the host (Emma) is bossy, demanding, imperious. She’s never even met her writers let alone knows their names. Mindy, as the lone woman put among them, is resented at first as a “diversity hire” and after some early awkward and mildly embarrassing scenes is primed to be both a rebel and a critic. Industry pressures give her the chance. The show’s ratings are down; the host is irrelevant; her material is too safe and a network exec (Amy Ryan) is ready to replace her with an edgy comedian. The time is perfect for a new writer to make her mark. And for the old host to reveal her real personality. And weather a scandal and re-assure her husband (John Lithgow). A lot of that happens too fast but Mindy’s views of the industry and of women of colour within it (surely drawing on her own TV career) are authentic. The film’s director, Nisha Ganatra, Vancouver-born and occasional-returnee, delivers it with a sparkly but skeptical tone. (Park, International Village and suburban theatres) 3 ½ out of 5

MEN IN BLACK: INTERNATIONAL: The original, 22 years ago, was somewhat about immigration and abiding people who are different than us. So, were two inept sequels but this re-visit is hardly at all.  It aspires to be nothing more than an action, sci-fi comedy for summer viewing and kind of succeeds. Don’t think. Just watch the speedy action, sly comedy and formula plot. And some pretty good chemistry between Tessa Thompson and Chris Hemsworth. 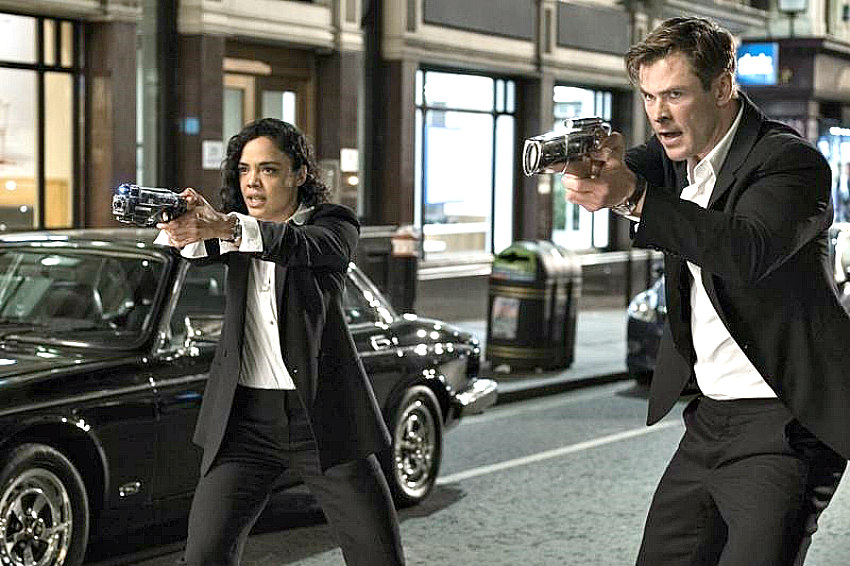 She was Valkyrie to his Thor in one of the best of the Marvel movies. Here they’re a newbie and a veteran agent in a secret government department that keeps track of space aliens living on earth. They take a visiting member of the Jababian royal family out clubbing in London one night, lose him in a gunfight with a pair of shapeshifting killers and head to the desert in Morocco, the bay of Naples and the Eiffel tower as a result. Also, and typical of the film’s comic tone, to “Riza’s Fortified Fortress of For-Sure Death.” Why is not always clear and not that important anyway. The locations and the action are there to dazzle. A parallel plot about a mole in the organization adds some intrigue and plays out in a most usual way. The character we’re made to suspect may or may not be guilty. So what else is new? The film takes a loose hold of plot points, motivations and even outcomes. Emma Thompson and Liam Neeson add some gravity as MIB bosses and Tessa and Chris shine, she with grit and he with bravado. (5th Avenue, Scotiabank, Marine Gateway and suburban theatres) 2 ½ out of 5

THERE ARE NO FAKES:  As far as I’m concerned, this is the must-see film for this week. As long as you can take the ever more sordid and stunning information that comes out as it goes along. It proves there were (and are) fakes, paintings purported to be by Norval Morrisseau, the celebrated Canadian Frst Nations artist but painted by others. It’s been rumoured for years and it took Kevin Hearn, the keyboard player with the Barenaked Ladies pop group, to find the truth. He bought a painting, learned it was a fake, tried to sue the gallery that sold it and followed the leads to find evidence to support his case. 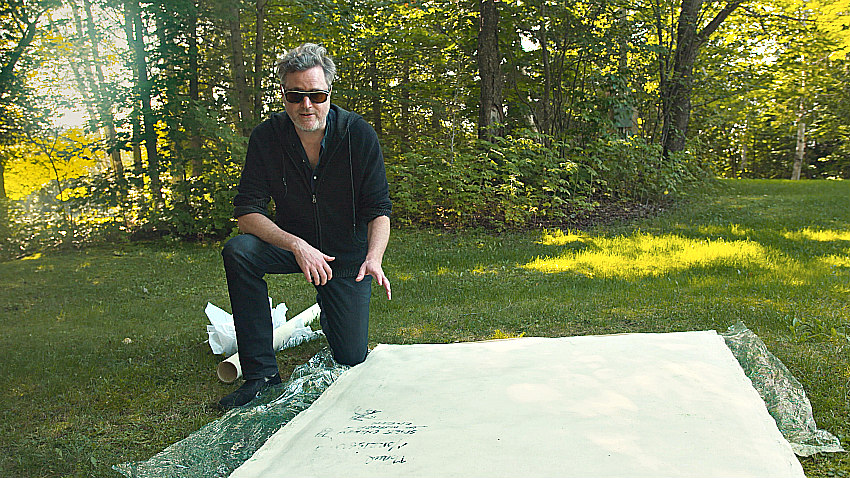