INFINITELY POLAR BEAR: I see this as a Life With Father for our times. That classic film from the early 1950s, which used to be on TV quite often, is about an eccentric head of the house who was also a fussy perfectionist. The dad here has bigger problems: he’s bi-polar, suffers manic depression, can’t hold down a job or remember his responsibilities. But the tone is the same, light and loving, which is both a plus and a minus. It probably makes it unrealistic but who needs to see all the worst. You can well imagine what can happen when he puts his daughters to bed and goes out drinking. This story reflects how first-time filmmaker Maya Forbes remembers growing up with her bi-polar dad. 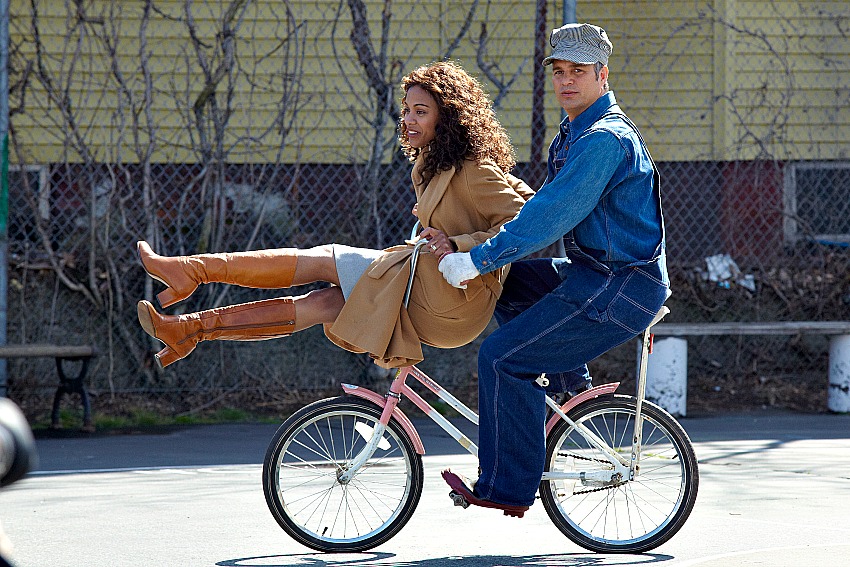 Mark Ruffalo gives another great performance as the blissfully cheerful, playful and forgetful father of two girls and husband of a wife (Zoe Saldana) who loves him but feels exasperated. He’s of an old-money Boston family but mostly cut off. To better her future, she goes to New York to study for an MBA and comes home weekends. “We’ll be like a family again,” she says. The domestic scenes without her, as he deals with his increasingly argumentative daughters, are funny and touching. Ruffalo’s acting, which includes periods of delusion and petulance, little self pity but a lot of unsupported optimism, is completely natural. (Fifth Avenue)  3½ out of 5

THE OVERNIGHT: In part this film is very accurate about contemporary family life. A young couple (Adam Scott, Taylor Schilling) are new in town and anxious to meet new friends. Their young son helps out; he plays nicely with another at the park. The boy’s father comes over to say hello, invites them to his house for a pizza night and offers to show them around the neighbourhood. 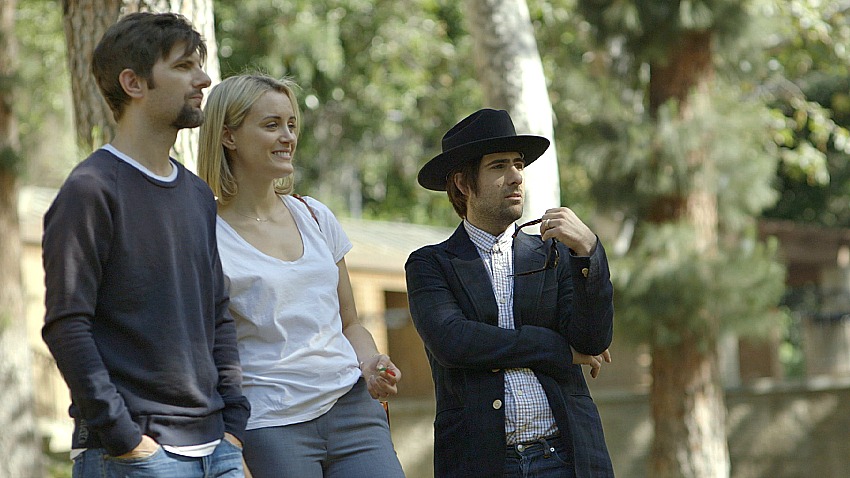 Things do happen that way. But that man is played by Jason Schwartzman, expert purveyor of irony and strangeness. He says he’s almost like a mayor around here. His house is big, he designed the inside himself, invented a new water filter and plays the piano. His wife (Judith Godrèche) is a part-time actress. Good people to get to know it seems, until little bits of weirdness emerge. His paintings. Her videos. His invitation to smoke pot and skinny dip in the pool. A swinger vibe? More than that. Our first couple start to reflect on boredom felt by married couples and he on his fears of inadequacy. Suspense grows as things get more odd. The material is all nicely modulated; the dialogue feels real and the actors deliver it well. I just didn’t believe the new couple would go where the story takes them.  The film is a little too self-consciously hip. (International Village) 3 out of 5

THE WOLFPACK: This gem from last month’s Best of Hot Docs series is back for four screenings. Since it was last here, Rolling Stone included in its list of the seven best films of the year so far. It’s a truly weird but also hopeful documentary about a New York family that kept its seven children all but shut up in their apartment through their growing-up years. They rarely got to go outside; one year not at all. Inside they were home-schooled by a father who wanted to keep them away from bad influences outside. “My power is influencing everybody,” he says.

The kids grew up watching movies on their TV. The six boys learned the dialogue and started making their own. Knock offs of Quentin Tarantino films like Reservoir Dogs were popular. Strange influences though, I would think for sheltered kids. Eventually one boy rebelled; went out and led his brothers out too. They’re extremely articulate telling their story on camera and the film is unsettling and haunting.  (VanCity Theatre) 4 out of 5

MARTIN’S PINK PICKLE: Here’s  some more musing on the boredom of some people’s married life — and the advisability of change. It’s done this time by two young people who are both immature and unintentional rebels. They want something better but fear leaving what’s comfortable. They don’t even intend to escape until their own bumbling presents them with an opportunity. The result is a perceptive film about folks who live without a plan. It's low budget and it’s local, written by movie critic and VIFF programmer, Curtis Woloschuk, and directed by Rene Brar, with producing input from his wife Sarah and help from at least three other Brars. 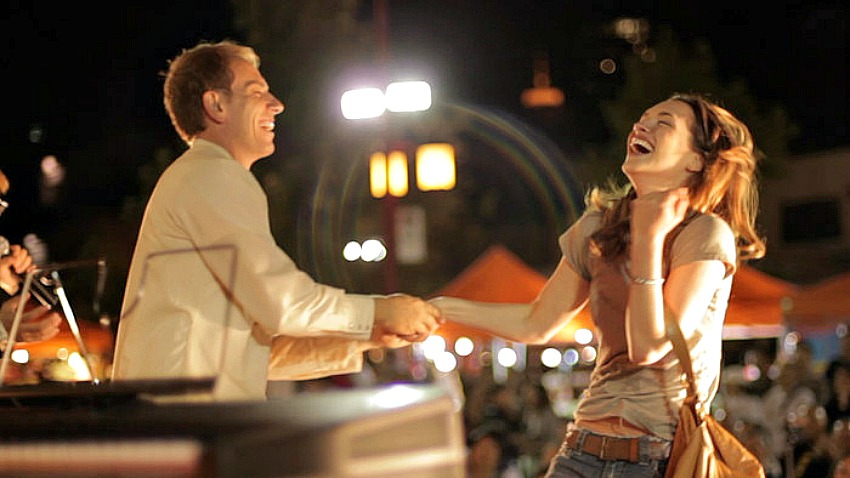 Martin (Quincy Newton) and Suzanne (Kerry Knuppe) renew an old friendship a little too much at the quiet end of a party. She gets pregnant and they have to take a quick drive from Hope, where they live, to Vancouver for a quick abortion. They’re late for the appointment though and stay in town overnight. They party at the Railway Club, take in the Chinatown Night Market and spend a lot of time comparing their lives. His wife is boring and her guy cheats on her. (At the same motel, it turns out). But good dialogue by the two leads, a script that doesn’t shout and an ambiguous ending make this one more real than usual. It is about embracing uncertainty, after all. (VanCity Theatre) 3 out of 5