The Transformers overwhelms with excess, while On the Line takes on Northern Gateway 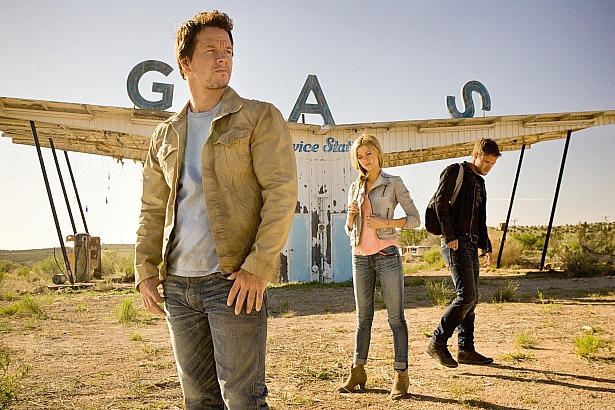 The money-making machines are back. They’re the Transformers that every kid young and old  will want to see this weekend. Not your style? There’s much else that’s new, including an internet tragedy and two spiritual quests. Check out this list.

A Spell to Ward Off the Darkness:  3

TRANSFORMERS: AGE OF EXTINCTION:  It was somewhere around the two hour mark that I felt I had had enough. Michael Bay had delivered the usual (fiery explosions, squealing chases, robot battles and girl ogling –at a 17-year-old this time) and brought new characters and a new story into this 4th film in the mammoth action franchise. I don’t remember whether it had already been to Chicago by that time or whether the noisy flying pursuit among the high rise buildings there was still to come. I do know there was yet another 45 minutes to come, including a trip to Beijing and to Hong Kong for some serious real estate damage. Too much action, even for a director known for excess. 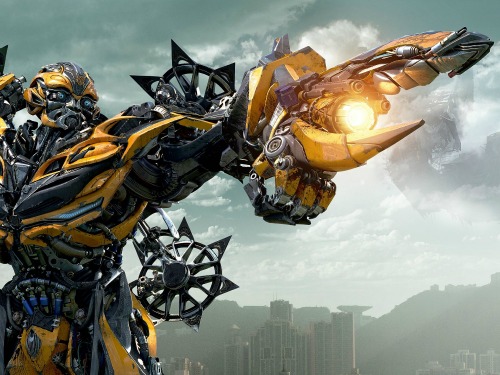 More troubling: the story eventually becomes close to incomprehensible.  Did you know it was an alien Transformers invasion that wiped out the dinosaurs? That after the battle of Chicago in the last film, the U.S. Congress has shut down the co-operation between the military and the good Transformers? That Stanley Tucci, as an industrialist, aided by Kelsey Grammer, as an ex-CIA-official, is building his own Transformers but is running short of the raw material he has named Transformium? Meanwhile, all are searching for Optimus Prime, the good Autobot leader, who currently happens to be a truck. A robotics inventor in Texas (Mark Wahlberg) has bought him and has him in a barn to learn how he works.

There are huge action set pieces as the CIA and then the bad Transformers come after them. Oddly, the best known characters, like Bumblebee, don’t show up much and there are fewer shape-shifting scenes. There are endless robot-on-robot fights which, even staged as well as here, cause tedium, not excitement. This film is even more impersonal than the previous … and inconsistent. Wahlberg, who says his daughter is too young to date, says squat about the mini-skirts and tiny shorts she wears. Bay cites a Romeo and Juliet law to quell any underage complaints. What’s that doing in a film like this? (The Dunbar, Park, Scotiabank and many suburban theatres)  2 ½ out of 5

ON THE LINE: I’ve been wondering whether this film would ever come back. It was shown at the Vancouver film festival three years ago and becomes more timely everyday.  It has the ground-level intelligence about the proposed Northern Gateway pipeline that most written account can’t fully convey. Frank Wolf and his pal (and cameraman) Todd McGowan cycled, hiked or kayaked the entire route from Alberta to Kitimat. They show the pristine scenery, the rivers, the salmon streams, the farmland and the channel the oil tankers will have to navigate (with three 90 degree turns) to get to the ocean. They found chamber of commerce types along the way in favor, but environmentalists, farmers, natives and tourist operators scared. A lot has happened since they took the trip, including the Supreme Court’s aboriginal title decision, but their observations are as relevant as ever. A panel discussion follows. (Rio Theatre; Mon. June 30, 7:30). 4 out of 5

OBVIOUS CHILD:  It’s commendable how director Gillian Robespierre deals with the subject of abortion in this romantic comedy. She confronts it head on; acknowledges that it is legal in our society and an option for some women to consider. She doesn’t snicker or avoid. I’m not happy with the ultimate resolution in this film but I’ll applaud the honesty. 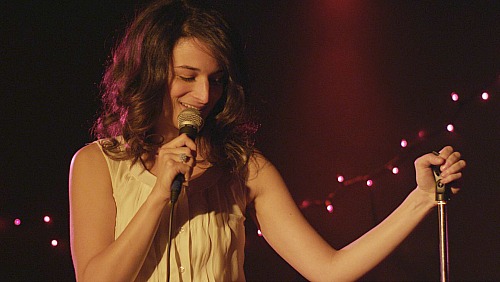 Jenny Slate (well known from TV shows like Parks and Recreation) plays a New York woman who has to work through the issues around it. She’s a part-time stand-up comic, who establishes her character right at the start with a routine about sex, her vagina and her boyfriend’s “working dick.” Not surprisingly, he dumps her. She’s also losing her job at a bookstore that’s closing and has a one-nighter with a nice guy played by another TV actor, Jake Lacy of The Office. She ends up pregnant and stuck with what to do. She doesn’t tell him but talks it over with a number of friends and her mother, who makes an unexpected revelation. It’s a comedy with a brash surface and a sensitive portrait within of a young woman still figuring out how to live her life. Women will get it; men may not. Slate’s performance is excellent.  (5th Avenue Cinemas) 3 ½ out of 5