A touching drama about dementia, a daredevil rock climb and another 007 spoof 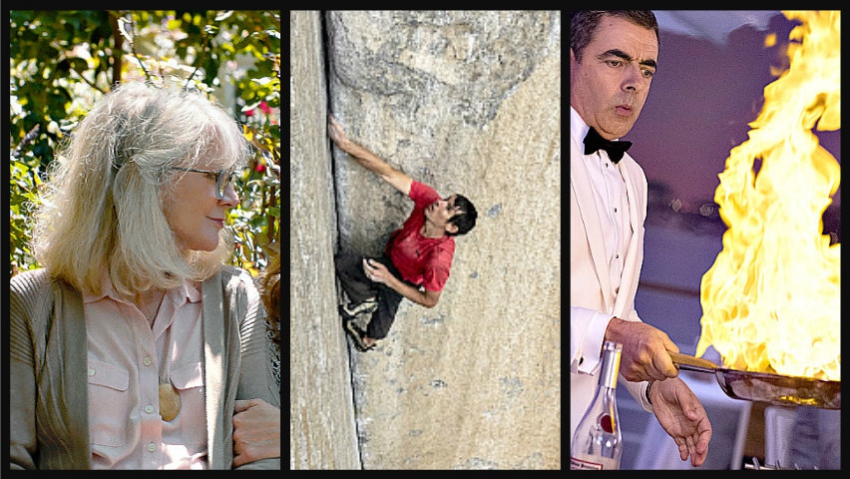 This is odd. On Halloween night two versions of the same horror movie will be luring you to come and watch. It’s called Suspiria. The Cinematheque is showing the legendary 1976 original from Italy’s Dario Argento and at the same time The Rio will screen this year’s re-make by Luca Guadagnino. His last film, Call Me By Your Name, was nominated for four Academy Awards and won one. The screening is in effect a preview for next Friday’s opening.

For regular engagements, these are the new ones:

WHAT THEY HAD: If you’ve ever had to deal with a relative afflicted with dementia this one will resonate with you. It’s heartfelt and well observed and will probably bring a few tears. But the condition is only part of the story. It drives the tale but also stirs up so many side issues in one family that it almost crowds itself out. That gives a fine group of actors lots to do but also dims the glare on the scourge of Alzheimer’s.

Blythe Danner plays an elderly Chicago woman who suffers from it. Right at the start she wanders out into a snowy night in just her night clothes.

Her son (Michael Shannon) wants to put her into a home for some “memory care” and persuades her daughter (Hilary Swank) to come back from California to support his case. The obstacle is the woman’s husband (Robert Forster, gruff and insistent). “She’s my girl,” he says. “You can’t take my girl away from me.” Disputes like that go on in real life, I’m sure, and writer-director Elizabeth Chomko, expounds this one sharply and clearly. But then father-son, brother-sister and mother-daughter issues become re-activated from years past and almost take over. Also, Hilary’s character starts lamenting the state of her marriage and the scholastic failures of her own daughter, who she brought along on the trip. All worthwhile family dramas and well-acted. A bit too congested though. (International Village) 3 ½ out of 5

FREE SOLO: Careful, if you’ve got a fear of heights. But bound right in if you’re moved by stories of human endurance and perseverance. This film puts you right up there with Alex Honnold on a spectacular rock climb up the fabled mountain, El Capitan, in California’s Yosemite National Park. You’re really close and can see his every grasp for a crack in the rock wall and many times for just a slight bulge when there’s no crack. You’ll wonder how the camera got these pictures, taken from below, above, each side and facing directly at the mountain. The filmmakers, Chai Vasarhelyi and Jimmy Chin, had several associates and surely a drone helping out. It’s your one chance to safely look down, if you can bear it. 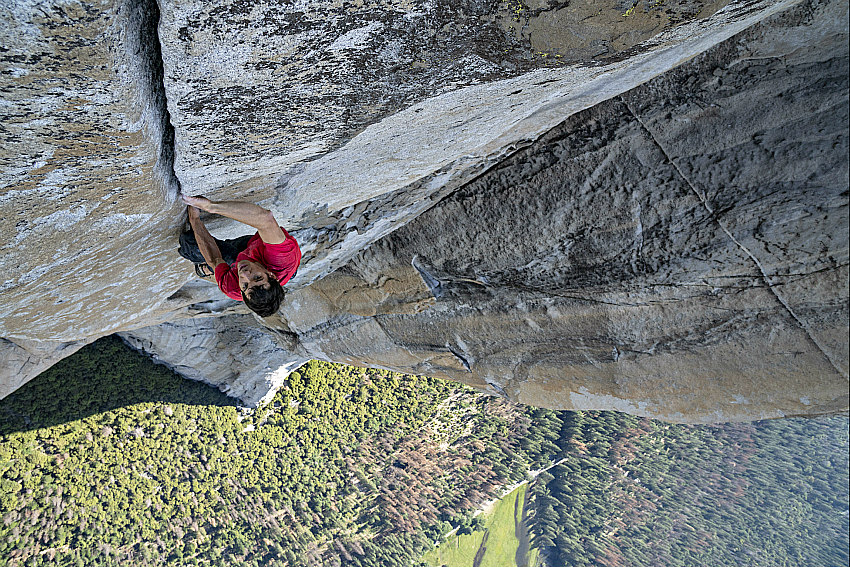 Honnold is the first and still only climber to finish a free solo up that mountain. That’s climbing with no safety ropes or harness. He’s been obsessing over it for years and has climbed in many locations around the world. He spent four summers in Squamish and made the first solo climb on a particularly difficult side of The Chief up there. (That’s a bit of extra trivia; not mentioned in the film). He’s listed as a professional rock climber (who knew there’s such a profession?) and the film gives us a few personal details. He lived in a van for 10 years. We learn of his remote father, his patient girlfriend and, via an MRI, his carefree brain. That’s most interesting background for watching an astonishing feat. (Scotiabank) 4 out of 5