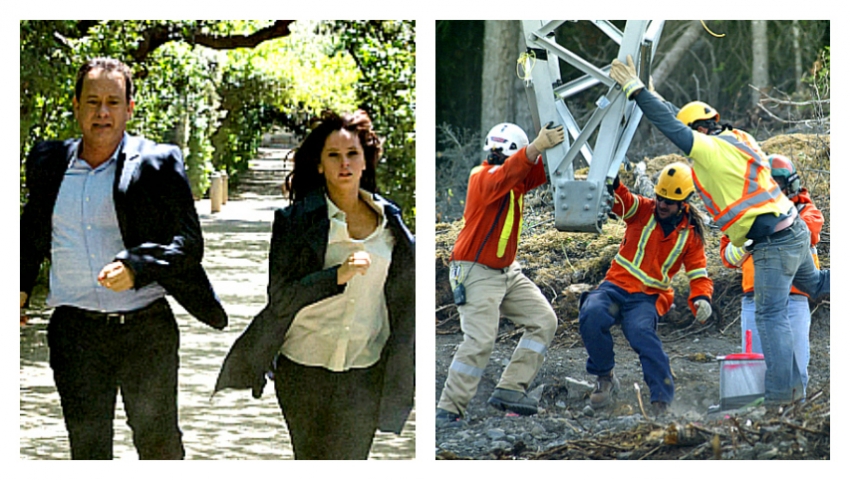 It’s as if nobody wanted to take on the third film in the Da Vinci Code series. Inferno is the only big movie opening and Tom Hanks has the week to himself. Over at the VanCity Theatre three much smaller films offer some competition, including a fine-looking visit to northern British Columbia.

INFERNO: Good for Ron Howard. He manages to keep this third film from a Dan Brown novel (think The Da Vinci Code) moving along at a fun and brisk pace apparently undaunted by the essential goofiness of the story. Consider this. An American billionaire (Ben Foster) decides to unleash a virus to kill half the world’s people because he figures overpopulation is the real problem. (Trend alert: Samuel L. Jackson recently played a character with the same objective). This guy though, takes no easy way. He sprinkles a series of clues onto some Renaissance art pieces in Florence, Italy and invokes Dante’s vision of hell as imagined by Botticelli. Why? No reason I can detect except that it does bring Brown’s hero symbolist and classic art expert, Robert Langdon, into the story to decipher it all. 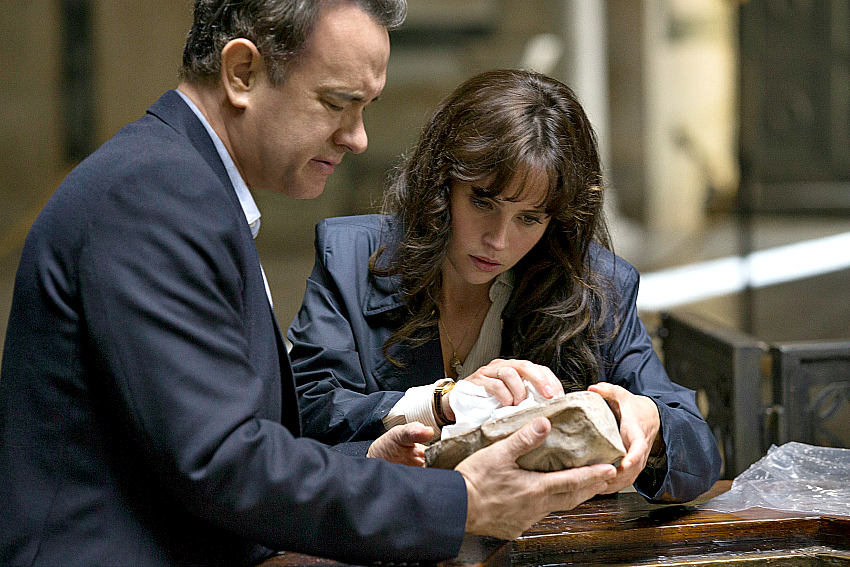 Tom Hanks is steady playing him one more time although he’s in an amnesiac haze early on. He wakes up in a hospital tended by a young doctor (Felicity Jones) with whom he spends much of the film on the run. There’s a crowd of people chasing him, including two factions of the World Health Organization, Italian police, a trigger-happy woman impersonating a cop and a private security firm headed by Irrfan Khan (a standout in the cast). Some of these people will switch sides as the story progresses or be revealed as not what we think they are. Twists and flips keep coming as Langdon tries to figure out what happened to him and where the clues lead. To a lot of tourist spots it turns out: Venice briefly, Florence’s Palazzo Vecchio and Istanbul’s Hagia Sophia for extended scenes filmed inside. It’s a travelers’ delight and plays to people who think they know a little about classic art. As a thriller though, it’s middling. Fans of the novel should note there’s a major change in the ending.  (5th Avenue, Scotiabank, Marine Gateway and suburban theatres) 2 ½ out of 5

KONELĪNE: Our province really does look supernatural in this new film by Nettie Wild. She’s put together images from the far north around Telegraph Creek that are startling in their beauty and not just landscapes. The first one is of a hydro tower flown over the trees and valley by helicopter. The contrast i there is what this film is about. Outside progress is intruding into the land of the Tahltan people. The most ominous spectre is the Red Criss open pit mine fully permitted by Victoria and being developed by the same company that operates the now infamous Mount Polley mine. There’s every opportunity here for a polemic about industry trampling on aboriginal rights and the environment but Wild holds back on that. Instead she gives us a fair and often elegeic view of the whole scene. 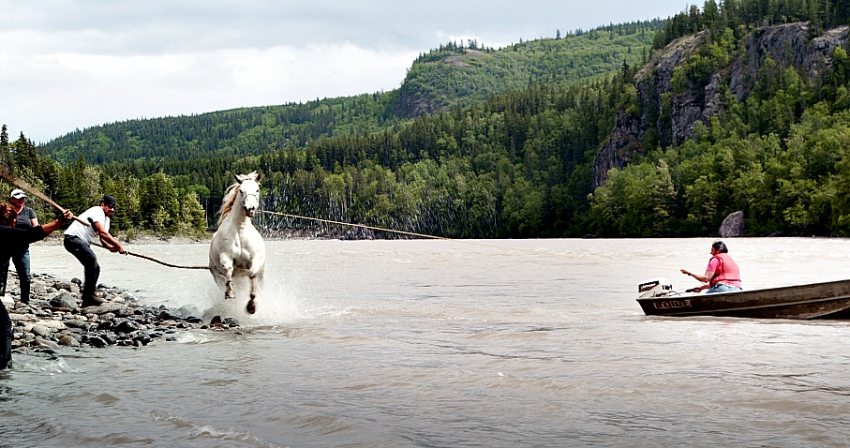 There’s a hunting outfitter bringing her horses north. We don’t go out on a hunt with her though. Two aboriginal hunters get a moose and show us why you must never shoot one in the head. Native women thank God in song for all the fish. Miners extol the “world class deposit” they’re working on and men talk about the jobs it brings. The film doesn’t take a side although the loving attention going to stunning vistas of wilderness and nature must mean something. At VIFF it won the Women in Film and Television Artistic Merit Award. (VanCity Theatre) 4 out of 5

MISS HOKUSAI: This beautifully-rendered Japanese anime isn’t for children, unless you want to explain that lesbian scene in a brothel. In fact, I don’t find the entire story all that interesting and at best can only recommend this as an enlightening glimpse into Japanese culture.

The time is the 1800s, when Tokyo was still named Edo and Katsushika Hokusai was the most famous painter. His best-known work, The Great Wave Off Kanagawa, part of a series depicting Mount Fuji, is worked into the film in a dream sequence. 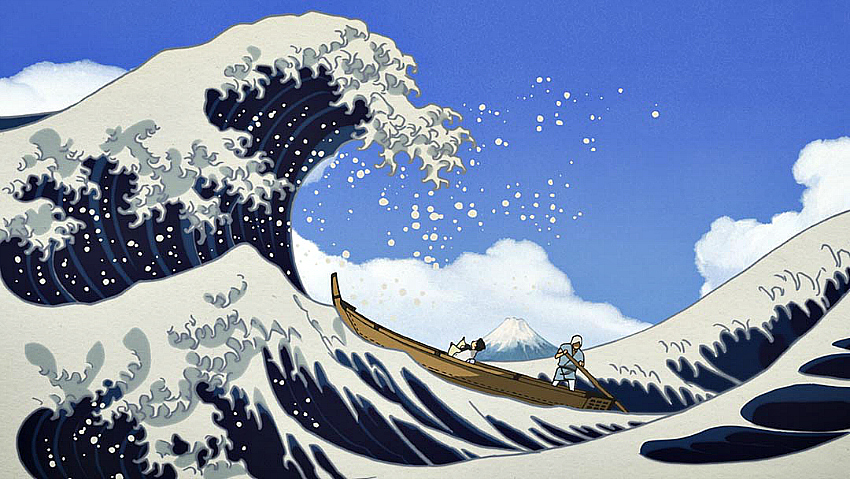 The story, taken from a graphic novel, is about his relations with two daughters. He rejects O-Nao, the young one because she’s blind and has her live with her mother in a separate house. He’s not much warmer with the older O-Ei who lives with him, also paints and gets repeated and grumpy criticism from him. She paints some mild porn on the side and when that’s found lacking in sensuality she goes to that brothel to learn more. Her work is sometimes passed off as his. All that should be compelling as a feminist tale but it’s slow in presentation. And though there are sparks now and then with flashes of superstition and some genuinely warm scenes with the two sisters, and the animation is lovely, the film is too esoteric except for real Japan enthusiasts. (VanCity) 3 out of 5

DEMON: This film could just as easily be part of the Jewish Film Festival which starts Thursday. It’s a modern take on an old bit of yiddish mythology, the dybbuk. That’s a spirit of a dead person that clings to a living person until it gets “what death interrupted.” A ghost of sorts, that in this film messes up a marriage celebration in Poland.

Piotr has come from England to marry Zaneta. The night before, he does some yard work around the house they’ll live in, accidentally knocks down a tree with a tractor and uncovers an unmarked grave and a skeleton. He tries to forget about it but can’t. First there’s a nosebleed, then visions of a woman and then convulsions. A priest, a pompous old timer and the lone Jew at the wedding all offer explanations while  the father-in-law says bring out more booze and get everybody drunk so they can forget about it all. It’s a “collective hallucination,” he says. Not to director, Marcin Wrona. He built an atmosphere of unease and dread alongside the party that gets wilder and wilder to argue for remembering and facing up to the past. It’s bumpy as a metaphor but engaging. (VanCity Theatre) 3 out of 4