But is he on the darkside? One of the questions we’re pondering, along with the big one, exactly what is Rey (Daisy Ridley)? She spends most of the movie searching for the answer (I’m not telling) and it infers that it’s a pretty small universe after all. She’s awfully handy with a lightsabre too; Luke Skywalker trained her. He drops around a bit, as a ghost, as does does Han Solo very briefly.  Princess Leia is there for real for a much longer time because there was unused film left over of Carrie Fisher in the role. Also back around is Lando Calrissian, a fan favorite played by Billy Dee Williams. Those characters, the look,  the action and the fragments of philosophy in this episode re-capture the feel of those early films in the series. That I enjoyed greatly.

The story is this: the Emperor Palpatine, who died a few films ago, is back. His empire is gone but a successor, originally called The First Order, and now the Final Order, is active. The Resistance, or what’s left of it, tries to take it on. John Boyega, Oscar Isaac and Lupita Nyong’o are key players on our side, while Richard E. Grant is new as a commander on the other. There are lightsabre duels, x-wing fighters in air battles and a cautious visit inside the wreck of the old Death Star. Explosions too; more indication that director and co-writer J. J. Abrams has successfully re-captured what we like in our Star Wars. (Dunbar, 5th Avenue, Scotiabank, Marine Gateway and suburban theatres everywhere) 3 ½  out of 5

CATS: Have you ever seen so many cat puns slinking about? Critics are finding every variation possible in slamming this film. One of the better ones I saw is “cat-astrophe.” This film is not that, though not very good either. It’s just weird, a weak story wrapped around so-so songs (except one) and several grand and bouncy production numbers and a somewhat trippy ambience. Taylor Swift, with one line to speak and one song to sing (also seen scattering catnip to the masses), is one of the better performers here. Old hands like Judy Dench and Ian McKellen are out of place. Idris Elba is too, except that he makes more of an impression hamming it up as a villain. I couldn’t accept any of them as cats. Maybe on a stage, where this musical originated and thrived as one of the most popular ever. Not, in the more up-close view the big screen gives us.

The story has been expanded from Andrew Lloyd Webber’s original show. It’s still set in one night as a pack of cats prepare for a contest that will earn one of them a new life. Dench as Old Deuteronomy will make the choice after many songs by individual cats describing themselves. As that goes on, Elba’s villainous Macavity, kidnaps the singers so that he can be the sole contestant. An abandoned cat, played, sung and danced by ballerina Francesca Hayward watches all this with wide-eyed innocence and is moved by the sad presence of Grizabella (Jennifer Hudson). Life has been cruel to her which she sings about emotionally in “Memory”. There are new characters, a few dropped out and modern dance styles added to the choreography which brings us a truly rousing sequence now and them. In between it doesn’t much connect with me. I heard a woman, self-described as “a Cats freak,” declare it terrific. Tom Hooper, who directed Les Misérables into a hit movie musical seven years ago, can only hope more fans agree. (International Village, Marine Gateway and suburban theatres) 2 out of 5

63 UP: We’ve been watching these people grow up ever since 1964 when they were kids. So here we are in the 9th visit with them and we’re again delighted. One has dropped out. Another did earlier but is back and one, who we learned last time had a serious disease, has died. The others are as chatty and philosophical as ever. 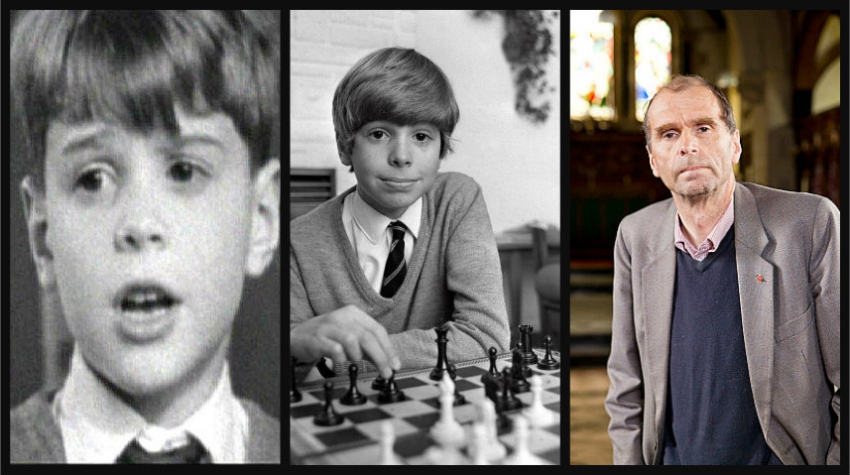 Neil, for instance, the boy who wanted to be an astronaut but became homeless and then a local politician, does some lay preaching now and hates BREXIT. It was like taking poison, he says, and not really a vote against Europe but against all politicians. John says it’s “a leap into the dark.” Tony, the cabbie, rails about Uber. Sue, divorced and then engaged to be married, is still engaged. That’s 20 years now. There have been other divorces, major moves and job changes, retirements, new grandchildren. Most in the group have mellowed enough to accept what has and hasn’t changed. Andrew, who became a solicitor, says the class system is changed. It’s now more based on “fame and achievement.” Nick disagrees. “People from the right public schools still run the country,” he says. Nuggets of wisdom and personal stories again make this a charming film. It’s the 8th  that Michael Apted directed (of the 9). (VanCity Theatre) 3 ½ out of 5

COMPULSIVE LIAR (Menteur): We know that Canada’s best films are from Quebec and this may be further proof. It’s certainly been a huge hit there since it debuted in the summer, is built on one of those high concepts that actually work sometimes and stars a very popular comic duo. 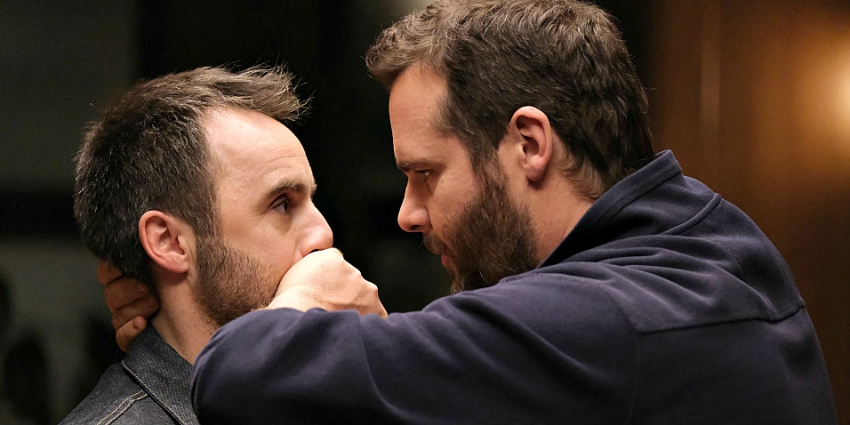 Louis-José Houde is the liar (about anything and everything) who one day finds all his lies have come true, past military service, being late for work because of car trouble and, in a very funny scene, talent as a jazz dancer.  Antoine Bertrand plays a twin brother he asks to help undo the predicament. I haven’t been able to preview it but it sounds like it has potential. Starts Saturday at the VanCity Theatre which promises “You will have fun.”