Three films of big journeys: to the moon, to a seedy motel and to personal empowerment 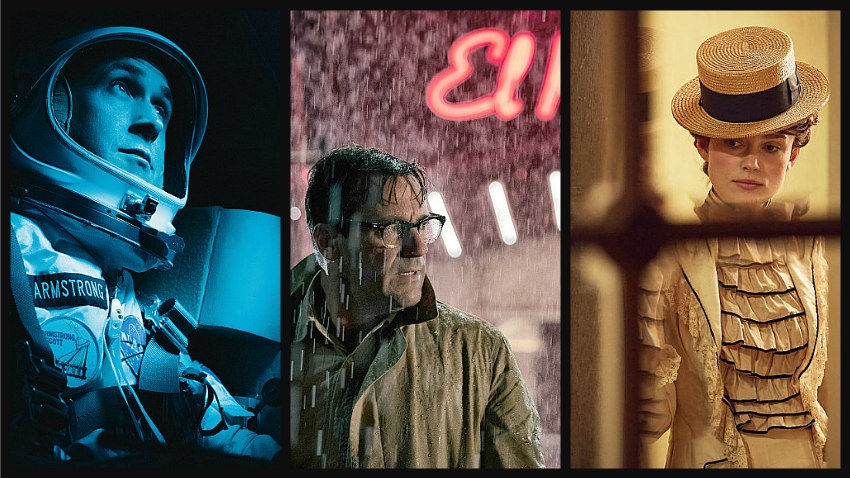 Also visualizing human damage to the earth, meeting an uncommon pop star and learning about a Canadian’s unusual success story

VIFF is almost over but lives on. Several days of repeats have been announced starting Saturday at the VanCity Theatre. Check the list at viff.org.

At the same time, some titles are already back in regular engagements around town. I’ve got three in the list below.

But we start with the big one.

Bad Times at the El Royale: 3

FIRST MAN: Let’s start with a caution. Neil Armstrong, though he was the first man ever to walk on the moon, avoided publicity. He was a taciturn man who was not good at expressing himself and didn’t try to very often. So, this movie does not have a dynamic hero or even much of the time a great deal of drama. The moon landing and some of the preparatory work are exciting. The landing particularly provokes awe and marvel but the lead-up to it is a low-key affair. 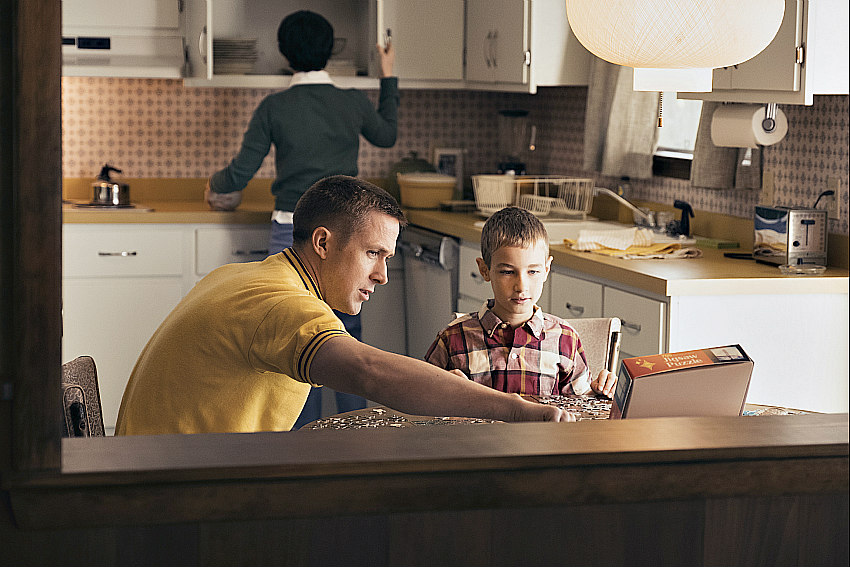 Ryan Gosling is perfect as the not-at-all chatty but eminently decent family man who is given one of the biggest assignments in history. A couple of times he makes wise pronouncements, for instance the justification for going out to space: “It allows us to see things that we should have seen a long time ago.” More typical was the terse comment on how he felt to be chosen for the mission: “I’m pleased.” In the lone scene of high drama, his wife (Claire Foy) has to badger him to say explain to his sons that he might not get back. In fact, one son has to ask him directly before he admits it’s true. A daughter had died of a brain tumor years before and the script works hard to suggest the grief that Armstrong carried inside. It can’t quite establish how it affected his work on the mission though. 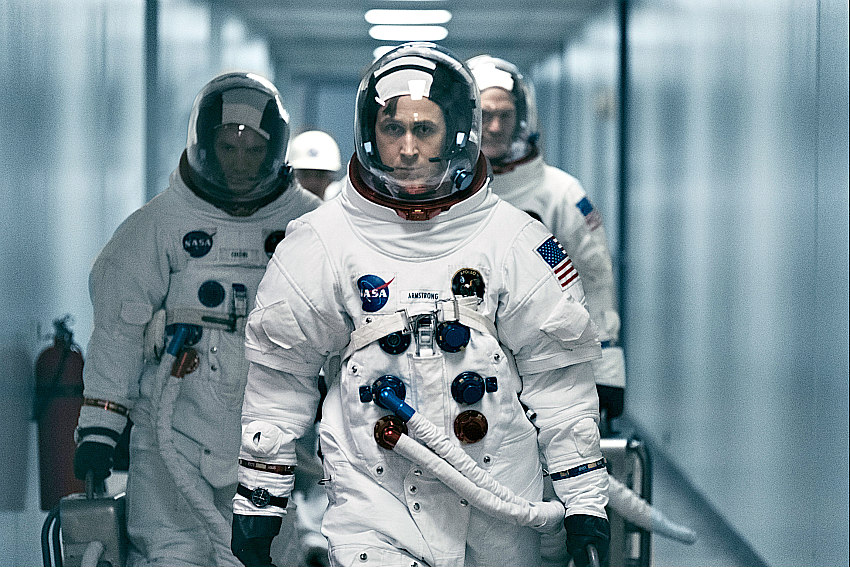 While his personal dramas feel stretched, his  NASA work is exciting. Damien Chazelle, the director, with much the same creative crew from his 6-Oscars winner La La Land, has made a riveting and detailed chronicle of the long preparation, the accidents along the way, the science in play. Gosling’s sensitive acting is fine, but these space race scenes are where the movie excels. More than the writers, Pulitzer-nominated author James R. Hansen and Oscar-winner/screenwriter Josh Singer, it’s the visual artists who deserve the most credit. Not much tension, because we know the ending, but a great re-creation. (5th Avenue, Scotiabank and suburban theatres)  3 ½ out of 5

ANTHROPOCENE: If you didn’t see it at VIFF, maybe the latest dire report about climate change will prompt you to look it up. It’s just as monumental a warning. Humanity is close to achieving a first: causing an extinction. The first five were by other causes. We’re now in what this film by Jennifer Baichwal, Nicholas De Pencier and Edward Burtynsky from Ontario call the Human Epoch. We’re causing  it. The three roam the world to show us examples of how we’re doing it. The images are striking, just as compelling as what they filmed in their previous environmental documentaries, Manufactured Landscapes and Watermark. 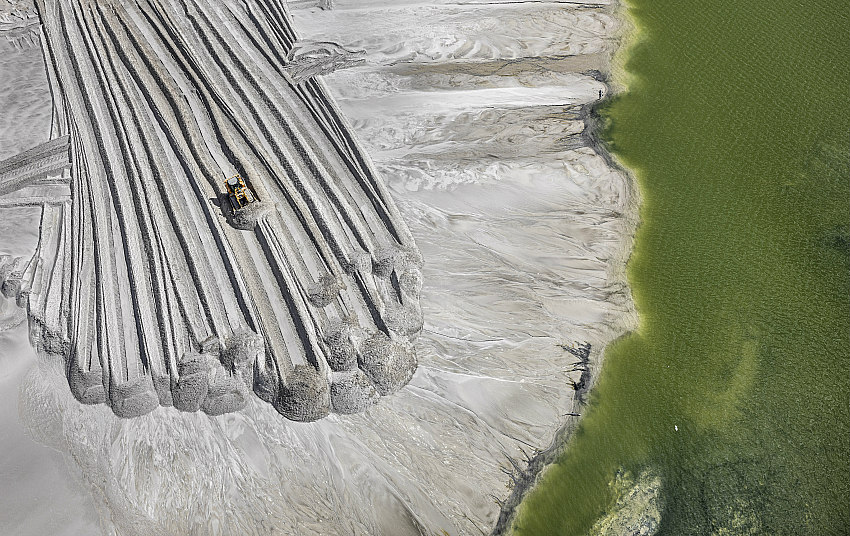 They vary greatly. Piles of phosphorous seem modest compared to the largest open pit mine in Germany, the world’s most polluted city (in Siberia), garbage scavengers in Kenya, mammoth machines carving out marble in Italy. The startling images include giant blast furnaces, cranes peeking out from clouds, colored striations inside a mine and an ancient church being demolished like a Dunbar heritage home. Oddly the filmmakers don’t go to Alberta’s tar sands; they do go into the BC woods to watch clear cutting. Even though you’ve probably heard or read much of what the film tells you, you’ll be moved (maybe even to action) by the sights on screen and the calm, dry narration by Alicia Vikander. (International Village) 4 ½ out of 5

COLETTE: This feels like an extremely contemporary story but it happened over 100 years ago. A young writer in Paris has her work taken by a man (her husband) and published under his name until she fights to get recognition for herself and, incidentally, starts mixing with lesbian friends. Her name is Colette and this film only gives a small part of her story. Her Nobel prize nomination, her next two marriages and her work that became the musical and film Gigi came much later. The Claudine novels came first. She was a country girl who was popped into the salons and chic society of Paris. She married a philanderer who rationalized that that’s what men do and in response she became independent. 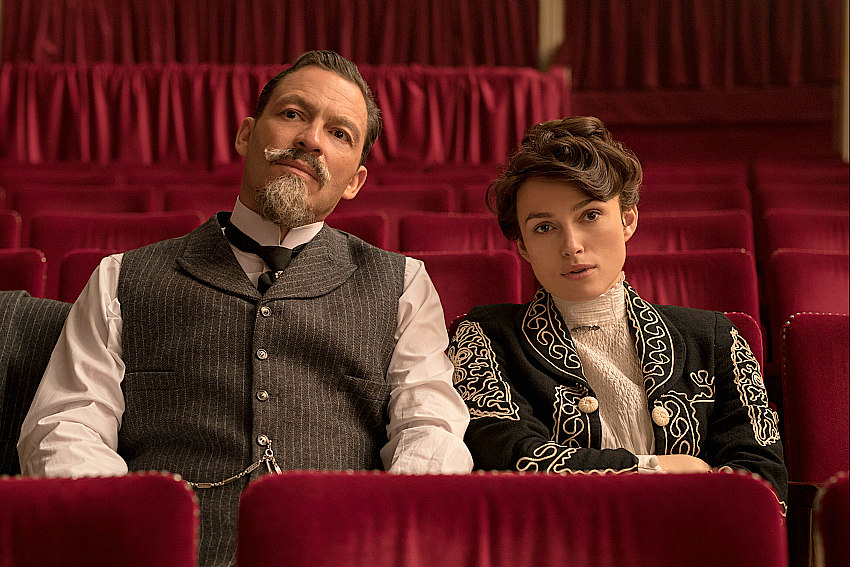