A third Hobbit, a new Annie and a persecuted genius in The Imitation Game 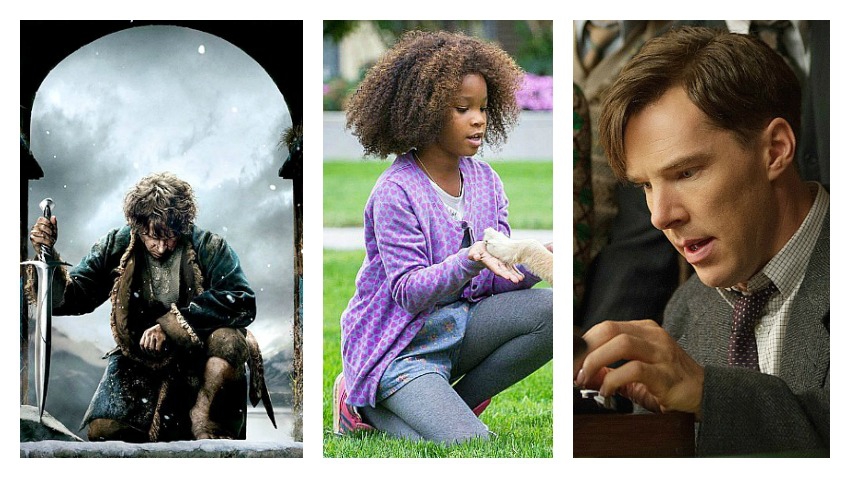 Also check out The Vancouver Asahi  for a bit of local history seen through Japanese eyes.

What a week for the movies off screen. The Interview is canned thanks to hackers and their threats. A Georgia Straight review didn’t seem too upset calling the film “monumentally stupid.” The trailer, still on line, seems to suggest that too but it’s certainly the most controversial movie ever made here in Vancouver.

Meanwhile, the wonderful Richard Linklater movie Boyhood has been getting best-of-the-year citations from more and more critics’ groups. There is hope, after all.

THE HOBBIT: THE BATTLE OF THE FIVE ARMIES:  It’s as if we’ve had the pause button on for a whole year.  The last film ended with the dragon Smaug about to attack the community of Lake-town.  This one starts exactly there.  Without so much as a flashback, we get the destruction in exciting detail, with blasts of fire from the creature razing houses, terrified citizens running and one lone archer and his son daring to face up to him. With a special arrow they send the dragon into a fiery death agony and the much-praised Benedict Cumberbatch presence in these films is suddenly over. It’s one of the best sequences in Peter Jackson’s final Middle Earth epic and for better or worse it’s a sign of what’s to come. 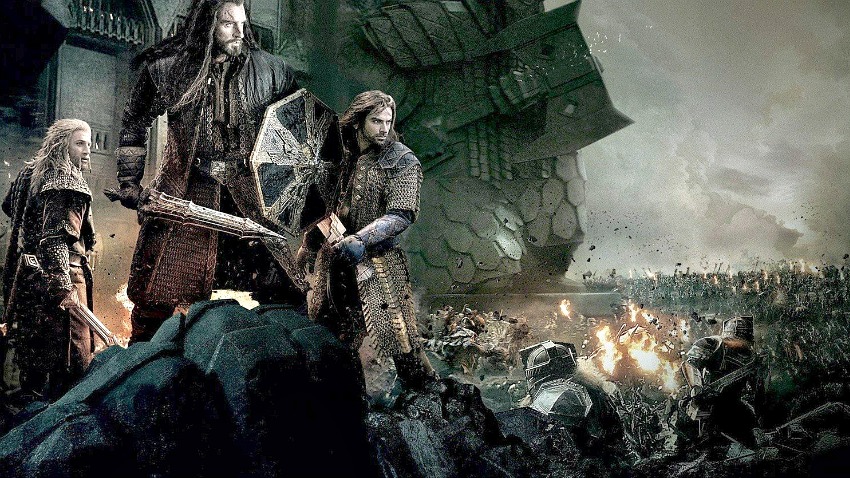 The film is overloaded with spectacle like that because the story—basically only 65 pages of Tolkien’s book—is thin. It does, though, finally get to the main theme: greed, referred to as a sickness at one point. Just as the dragon had sat on a cave-sized cache of gold, Thorin Oakenshield, the dwarf leader who has come to re-claim his throne, is corrupted by the wealth he now controls. He won’t share and Richard Armitage takes on a Shakespearean acting tone to state his stand. Bilbo (Martin Freeman) tries to reason but is off to the side most of the time as humans, goblins, elves and eventually orcs converge on the spot and a long battle sequence becomes inevitable. And feeling interminable at times.

Jackson whips up thrills enough in these scenes although I found the quieter interludes, like a tense stand-off on an ice floe, to be the best. For the dedicated fans, he has taken pains to remind us this story precedes The Lord of the Rings trilogy. So there are appearances (substantial or cameo) by Christopher Lee, Orlando Bloom, Cate Blanchett, Hugo Weaving and Ian Holm. That has a secondary effect of reminding us how much better that first trilogy was because there we cared much more about the characters. Still, there’s an elegiac air in the final scenes of this one underscoring how sad it is that the mammoth series is over.  (The Dunbar, 5th Avenue, Scoriabank and many suburban theatres) 3 out of 5

THE IMITATION GAME: Benedict Cumberbatch is in a second movie this week and he’s in top form. The role fits; he manages to turn an unlikable man into both an inspiring figure and a sympathetic victim. Alan Turing was an English mathematician who inserted himself into the wartime project to break Nazi communication codes. He comes off as insufferably arrogant; completely convinced he is right and ever unbending. His colleagues resent him. His supervisor doesn’t want him around but he goes over his head, right to Churchill, and not only gets the job but administrative powers too. Cumberbatch is great in believably bringing out all those details of his character. 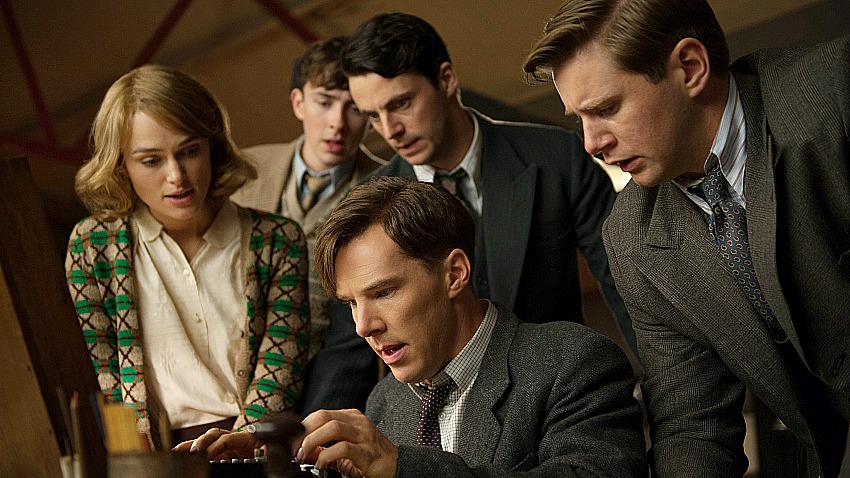 But code breaking is only part of the agenda here. The film builds him up as a visionary and a hero, a pioneer in computer theory, whose co-workers eventually grow to see as a genius and who is accepted as a fiancé by one (played winningly by Keira Knightley).  How could such a man suffer the insult the legal system inflicted on him? In 1952, years after he broke the code that helped win the war, he was a convicted homosexual, chemically castrated (in lieu of prison) and then, according to a postscript, a suicide. A year ago, the Queen pardoned him. The film, which was the audience favorite at the Toronto Film Festival, tells three strands of the story concurrently: the cryptography work, the later police interrogation and his younger years at school silently in love with a classmate.  The story’s been told before in films, on TV and even in a musical by The Pet Shop Boys. This one is engrossing but with an ending that’s more sad than emotional.  (The Park, Scotiabank and a few suburban theatres) 3 ½ out of 5

ANNIE: No, there’s no particular reason why this story had to be re-made. There are already two versions out there (one as a TV movie) and the show is often revived on stage. But there is a fair amount to enjoy in this version, along with quite a bit to feel uncomfortable about. 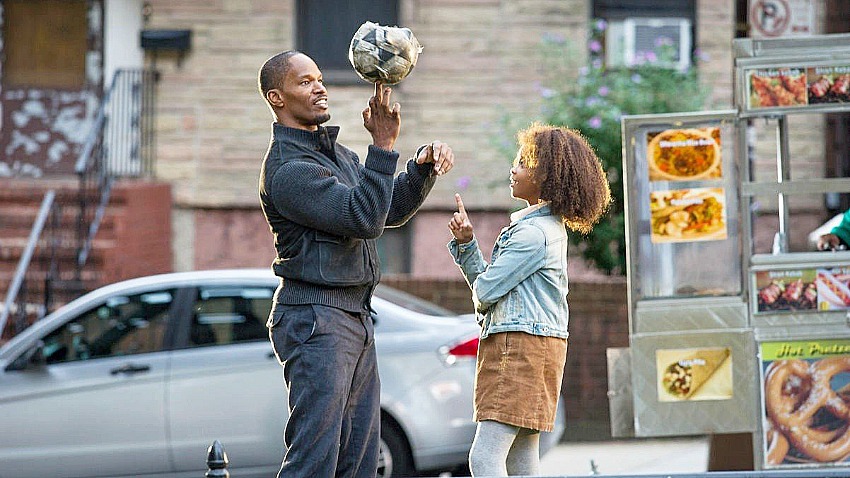