A terrific Argo by Ben Affleck, plus Seven Psychopaths, Sinister, and Antiviral: reviews

You’ll laugh but you won’t feel attached in any way. That’s surprising since it was written and directed by Martin McDonagh who brought us the terrific black comedy In Bruges four years ago and won both an Oscar and a BAFTA for the screenplay.  Colin Farrell is his lead actor again as a screenwriter who has a title for a script, Seven Psychopaths, but no content.  His buddy (Sam Rockwell) helps him out with bizarre ideas, much mock histrionics and a classified ad seeking genuine psychopaths. It turns up a candidate too bizarre to be funny. More amusing  is the buddy’s livelihood. He and another friend (Christopher Walken) kidnap dogs and collect the reward when they return them.  They make a big mistake when they grab the dear Shih Tzu of a psycho gangster (Woody Harrelson).  Farrell is calm, everybody else plays weirdly demented. The film is often clever, sometimes bloody violent and generally a scattered array of bits that don’t coalesce. (Scotiabank and suburban theatres)  2 ½  out of 5

SINISTER: This is daring. Another found-footage film just one week before the next Paranormal Activity arrives. Good thing that this is a snappy little horror film with a strong performance by Ethan Hawke as a writer who dares to get too close. “Your father writes about terrible terrible things” his wife tells the kids at dinner.  His latest subject is the unexplained death of four members of one family who were found hanging from a tree. He’s moved his own family to the small town where it happened and, to his wife’s later horror, into the very house where the family lived. 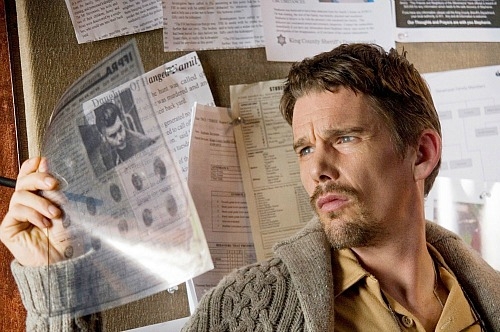 He finds a box of Super 8 movies which show some of the incident as it occured. There are other films with other deaths in other locations; a recurring drawing of a “Mr. Boogie” and spooky events in the house that creep out the wife and kids. A local police deputy (James Ransone) offers to help and eventually does but mostly serves to provide comic relief and a few breaks. Nothing groundbreaking here but the film is pretty persistent with its scares.  (International Village and many suburban theatres) 2 ½  out of 5

HELLBOUND?: We say its name so often and certainly don’t want to be sent there, but does hell actually exist? The Catholic Church got rid of the notion some years ago; evangelical churches persist in using a vision of fire and brimstone to intimidate and somewhere between there’s a debate. This documentary by Kevin Miller from Abbotsford lays it out thoughtfully and fairly. 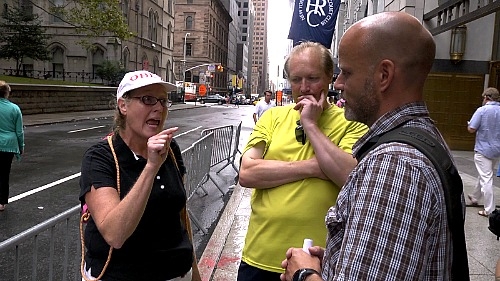 At the start he seems to be going after some easy targets. He’s scolded for even asking the question by demonstrators in New York who say 9-11 was God’s retribution for homosexuality. More conventional hellmongers follow, including an exorcist who claims to “meet demons on a daily basis” and various fiery and sweaty preachers. Then also writers, theologians and religious leaders who lay out the scope of the discussion, basically three ideas of what comes after we die. The classical: some go to heaven, some to hell. Annihilationism: everything just ends for everybody. (Would God do that to us?) And Universalism: everybody goes to Heaven. (Even Hitler? Bin Laden?) You can find all three ideas in the Bible and several writers have stirred up a hot current argument. The film is fascinating, even for non-believers. (International Village and Colossus in Langley) 3 ½ out of 5

ANTIVIRAL:  Brandon Cronenberg (son of David) starts his directing career pretty well where his father did with a lurid tale involving creepy dangers to the human body. He’s got the style but not yet the substance. 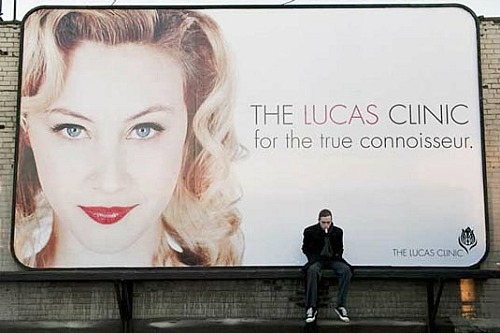 Our celebrity mania is the subject and it’s gone to ridiculous lengths in the near future this film depicts. A chic clinic offers to inject its clients with a virus from their favorite idol. That way they can share their pain. A restaurant goes further. It serves meat cloned from the cells of celebrities. From this unappetizing scenario not a great deal emerges. There’s a stylish cold mood; there are several cases of bleeding from the mouth or spitting up of blood but what is it saying about celebs and their fans? Caleb Landry Jones, a singer, plays a rogue technician and Sarah Gadon plays a blonde goddess who is bed ridden with her illness. (International Village and three suburban theatres) 2 out of 5

HERE COMES THE BOOM:  A highschool is cutting extra-curricular activities. How can a biology teacher raise some money to save them? Become a mixed-martial  arts fighter, of course. (Only in the movies.) Critics weren’t invited to the local preview screening. That may be no loss. Kevin James is the star. His recent filmography has these duds: Zookeeper, The Dilemma, Grown Ups and Paul Blart: Mall Cop. (International Village and suburban theatres)

NOTE: All images are movie stills supplied by the studios and therefore the exclusive property of their copyright owners.