WHAT IS DEMOCRACY? One of the key questions this documentary raises was at issue once again in those demonstrations that convulsed Paris recently. The people, sometimes a mob, fought off a gas tax that was intended to have environmental purposes. Were they right? Who did it serve? Everybody? That reflects one of the central ideas discussed in this documentary: “Democracy for who?” The film plays not at all like a “boring civics lesson” but a thrilling intellectual quest. 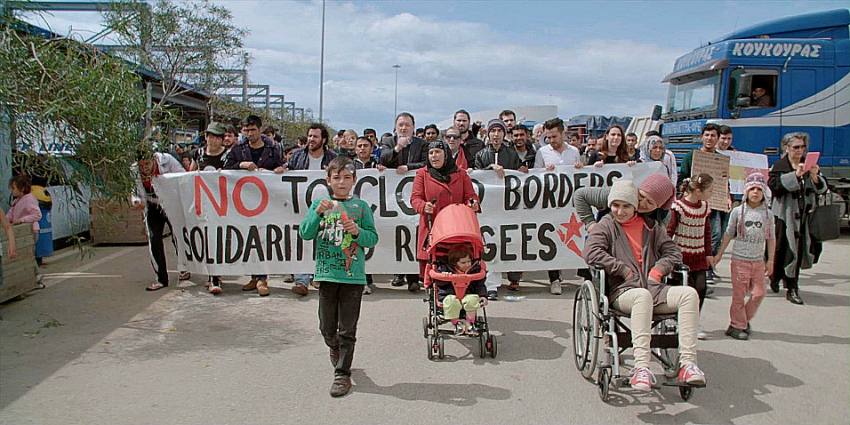 Winnipeg native/New York resident Astra Taylor made it for our National Film Board to consider the many levels of the question in the title. She has ordinary people as well as intellectuals address them. A barber, a refugee and a schoolgirl have powerful personal insights. Writer Wendy Brown focuses on the pull to come together and co-operate. Cornel West recalls that racists have stood in the way of participation. Feminist scholar Silvia Federici reminds us that those pioneers of democracy, the ancient Greeks, didn’t include women. As one speaker says, when you say “we the people” who do you mean by “we”? Lincoln’s Government of the people, by the people, for the people isn’t as straightforward as it seems. Not with voter suppression, income inequality and demagoguery as threatening as they seem around the world. None of that is new—Plato wrote about a demagogue—but the discussion this film sparks has a new sense of urgency. Astra Taylor will do a Q&A  via Skype on Dec 12 and 13.  (VanCity Theatre) 4 ½ out of 5

LOVE JACKED: While it’s nice to see a Canadian film by and about blacks, since that’s quite rare, I would have preferred something less clichéd than this. And less tortured in the construction of its story. It is, however, colorful, bright and breezy and a sure entertainment for people who don’t need anything more than that. The director and scripter, Alfons Adetuyi, claims it’s a “sophisticated” romantic comedy “with African-American twists.”  Oka-a-y …. 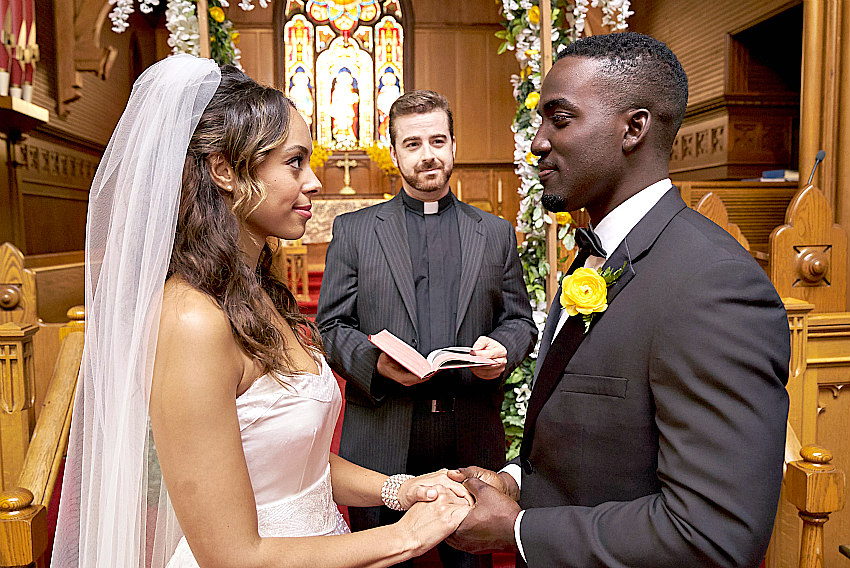 Amber Stephens West and Shamier Anderson play an unlikely couple. He’s a pool shark chased from Canada to California by a former cohort looking to get some money back. She’s a headstrong daughter who went to Africa, got engaged but dumped her beau when she found him cheating and didn’t believe his claim it was all a misunderstanding. They meet in a diner and concoct a scheme. He’ll pretend to be that fiancé from Africa, the wedding will go ahead, he’ll have a fake death on the honeymoon and she’ll be saved from having to admit to her dad that she was wrong. It takes guts to try a shaky plot like that. What if the real African actually shows up? What if the pretend-African so showy in putting on tribal clothes and accents is exposed? The performances and the smooth flow of the film almost save it. They can’t change its biggest problem though: it never feels real.  (International Village and Silver City Riverport) 2 ½ out of 5

SCHINDLER’S LIST: The archetypical film about one man who made a difference has a 25th anniversary re-release. Liam Neeson plays Oskar Schindler the industrialist who saved 1,100 Jews from the Nazis by arguing he needed them to work in his munitions factory. Ralph Fiennes plays one scary Kommandant. Steven Spielberg directed the film to great acclaim and seven Academy Awards. The picture and sound have been re-mastered for maximum impact. (International Village, 5th Avenue and suburban theatres)

VANCOUVER IRISH FILM FESTIVAL: Another new event, and it’s on through the weekend at the VanCity Theatre. There are eight films on the schedule, most of them recent, but one from back in 1994. That’s a classic children’s film called War of the Buttons. There are two about the troubles, one looking at the continuing aftermath in Derry, the other about an infamous prisoner escape from the Maze prison. Oddest of the bunch might be Puck of the Irish which traces the origins of Canadian hockey to immigrants from Ireland over 200 years ago. There’s more on all the films at https://www.virff.org

ANNA AND THE APOCALYPSE: This is counter programming of a sort for the festive season. It’s Christmas in the little town of Little Haven and what should arrive but a zombie apocalypse. Teenagers Anna and her friends have to fight their way across town through zombie snowmen, Santas, elves and Christmas shoppers to get to their high school where they expect to be safe. Did I mention that it’s a musical? That it’s based on a short film called Zombie Musical? Or that it’s been getting more good reviews than bad? It wasn’t previewed out here though. (Park Theatre and Colossus Langley now and next week, somewhere in Victoria)