Tarantino’s Hollywood vision, one President who was stopped and women who demand to sail

Even with its overkill though, the film amounts to a valid cautionary tale. Weinstein asks why are we so susceptible to propaganda? Mostly because we believe what we want to believe. That’s according to a large cast of experts  including Buzzfeed editor Craig Silverman, Globe and Mail Editor David Walmsley, artist Ai Weiwei, Steve Bannon in a video, Cree Artist Kent Monkman and the Irishman who drew that iconic portrait of Che Guevera. Cult of personality goes back to Alexander the Great, and all the recent suspects are mentioned, Mao, Stalin (in a very funny film clip), Hitler, right up to you know who today. It’s a most relevant discussion for these times.  (VanCity) 3 ½ out of 5

MAIDEN: Glass ceiling stories are always in season and boating and sailing enthusiasts will be particularly inspired by this one.  It’s a documentary about a young English woman named Tracy Edwards who back in 1989 decided to challenge the male-dominated round-the-world sail boat race known at the time as the Whitbread. It’s now just called The Ocean Race and is held every three years, is about 33,000 nautical miles long and takes up to nine months to complete. It’s a fairly standard film with a great story. 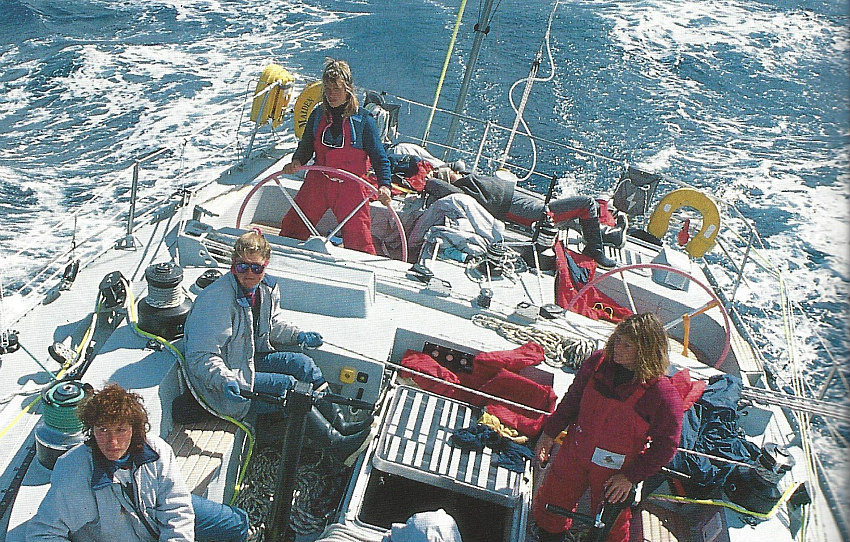 Edwards was 24, had worked as a cook on charter boats and powered by a rebellious streak gathered an all-female crew to enter the race. That was a first.  She felt “patronized” but pushed on, found a fixer-upper boat, along with her crew restored it, called it Maiden and through a stroke of luck got the King of Jordan to line up a sponsor. The rest of the film takes us on all five legs of that race with the help of news clips from the time, on-board film taken by one of the crew and recent interviews with several of them, including Tracy and her best friend Jo Gooding. They recount the stages through which they overcame their doubts. The hard work of sailing was only part of it. They had to learn to laugh off what male reporters were writing about them. And they had to show that women could work together. That wasn’t easy because Edwards was moody and bossy. I won’t say how they placed but the homecoming was cathartic, she was named Yachtsman of the Year and later awarded an OBE. (International Village) 3 out of 5

POSTCRIPT: After two divorces, bankruptcy and having to sell the boat, she managed to get it back and founded an organization to promote women’s education. The Maiden is on a 3-year world cruise to raise money and is to arrive here in Vancouver on Sunday. The Jericho Sailing Centre has some info on that at https://jsca.bc.ca/

ASTRONAUT: And here’s a film about ageism. The story is highly improbable but makes its points well about the purpose of life and never giving up on your dreams.  Richard Dreyfuss plays 75-year-old Angus who watches the sky with his telescope and yearns to go to space himself. At his age? No. But when a billionaire industrialist (Colm Feore) stages a contest to give away a seat on his first flight into space, Angus, at the insistence of his grandson, applies. “They don’t want old,” he predicts but with a small fib, a loophole in the rules and a televised final selection, he’s chosen.

So far so good, but the film then brings in a parallel story. Angus, a retired civil engineer, senses that the airport tarmac can’t bear the weight of rocket that’s to lift off from there and he tries to warn the organizers. What does an old man like him know anyway? Ageism is tested again as people debate the stability of substrata soil and hydrogen in the limestone. Luckily it only diverts the story and doesn’t derail it. Other story points almost do that. Angus’ late wife left him with a pile of debts with a donkey farm she bought. At the old age home Graham Greene plays an almost comatose friend who seems to also be wise. Oh, and Angus’ son in law loses his job and doesn’t tell his wife. Amazingly the central story survives all this and delivers a heartwarming story and a touching performance by Dreyfuss.  Filmed in Ontario, it was written and directed by Vancouver-born Shelagh McLeod, who has spent most of her career as an actor in England. This is her first feature. Expect more.  (International Village) 3 out of 5

DETOUR: The annual Film Noir wallow in the lives of chump men and devious women and general cynicism all around kicks off at the Cinematheque Thursday night with one of the classics. Detour is only 69 minutes long but it has everything you want in a film noir. Tom Neal plays the hapless man, a musician hitchhiking his way from New York to Los Angeles to re-unite with his girlfriend. Quite possibly he’s an unreliable narrator as he tells his own story. Nothing goes right for him. When a man who gives him a ride dies, he dumps the body and takes the car because, well, he’d only be blamed for it anyway. 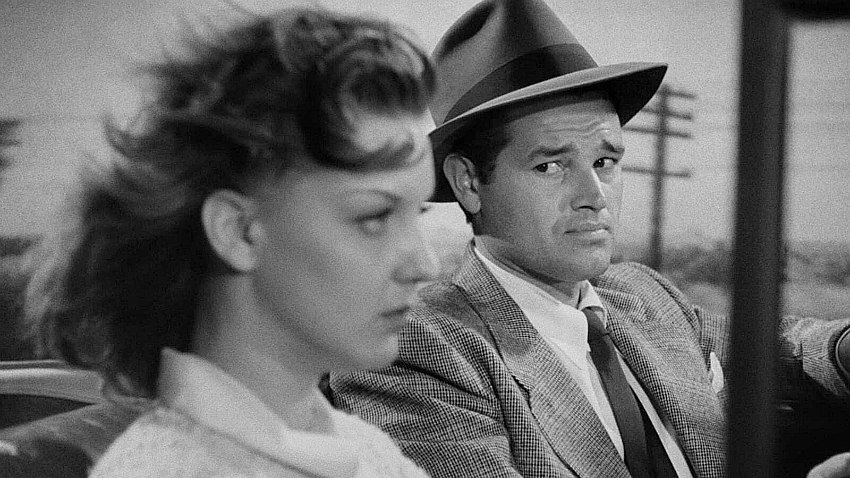 But down the road, in classic architect-of-his-own-fate fashion, he gives a ride to a woman who knows the car because she had earlier ridden with and fought the same driver. She’s got claws, digs them in hard for the rest of the film and we marvel at the remarkable, feral performance of Ann Savage in the role. And the smooth direction of Edgar G. Ulmer in this bleak film that’s deservedly built a cult following over the years. It came out in 1945 and most copies seen recently have been grainy and scratchy. This time you’ll see a crisp, sharp, newly restored version. (The Cinematheque) 4 out of 5