Survival and revenge in The Revenant, Italian films old and new and Canada’s 10 Best 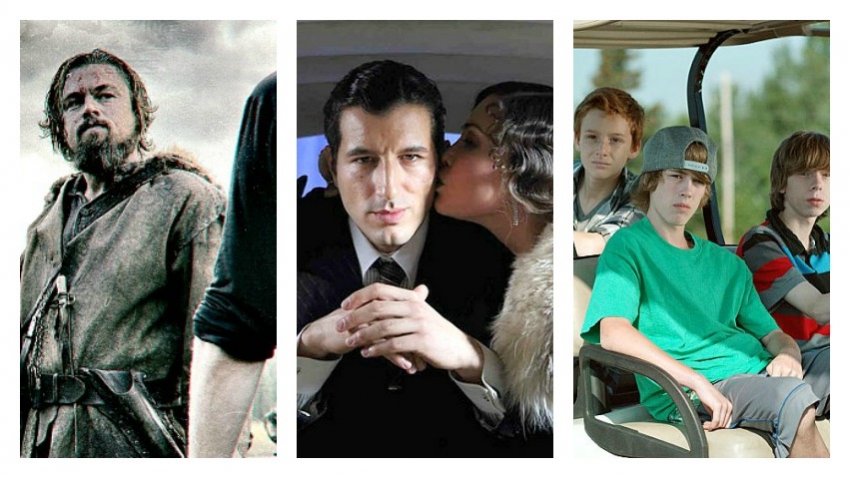 Also a horror thriller that loses its way in The Forest

Omar Khadr, Steve Fonyo, Ellen Page, a student rebel who’s now in the Senate and a spoofed-up Stephen Harper. They’re all in this year’s edition of Canada’s Top 10. The Toronto Film Festival calls them the best of last year.

There’s also a Canadian connection to the lead movie this week. It was filmed here.

THE REVENANT: We’re only eight days in and we already have one of the best films of the year. It’s going to be hard to beat, or even match, the lean script, the fine acting, the deep atmosphere and, most of all, the intensity of this survival epic. You’ve probably heard about the bear mauling sequence. It’s shocking because it looks so real. You’re sure to ask how they managed to do it. (Filmed in Squamish by the way. Most everything else was done in Alberta, with a bit in Argentina). There’s much more:  a horse ride off a cliff, a wash down river rapids, and a harrowing battle against the wild. You feel the cold. The actors, whose breath you see every time they speak, are really out there in it.

Leonardo DiCaprio plays a fur trader named Hugh Glass (a real character back in the 1820s but fictionalized here). He’s left behind (buried alive actually, after the bear attack) by his cohort (Tom Hardy) who’s been challenging his authority and griping about everything. Glass survives and like the ghost-like figure implied by the title comes back to life. He attains re-birth twice, first out of the grave, later out of a horse carcass he climbed into to get out of a storm. He wants revenge. 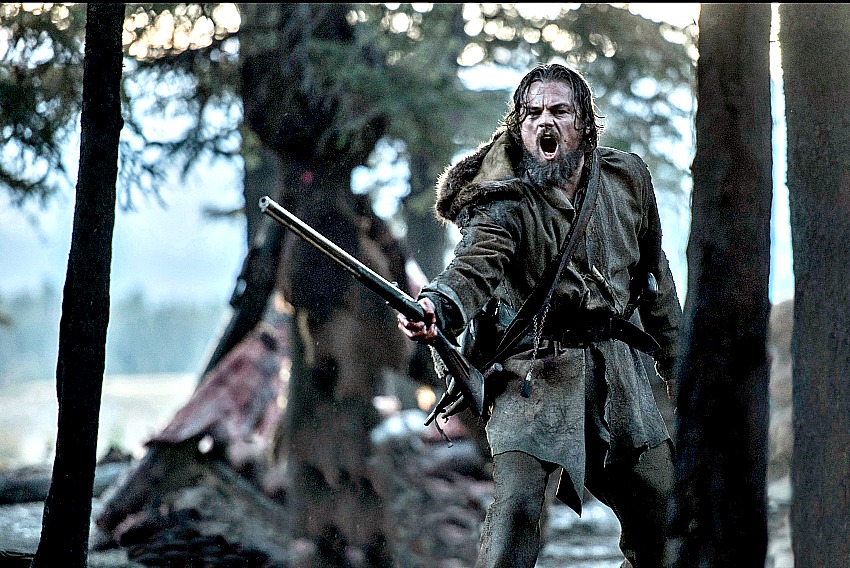 DiCaprio makes us feel all his pain and what drives him on, though he speaks only about 15 lines of English, and a few more in native languages. Tom Hardy puts on a great pioneer American accent and a couple of Vancouver actors have key roles, both as Indigenous people in the film. Duane Howard, a former downtown eastside habitué, plays a chief searching for his abducted daughter and Grace Dove, is Glass’s Pawnee wife (in flashbacks). The film is notable for looking beyond the white guys’ disputes and showing the brutal treatment First Nations got—and dished out. Propulsive storytelling directed by Alejandro González Iñárritu. His film Birdman was the big winner at the Oscars last year. (Scotiabank and suburban theatres everywhere) 4 out of 5

THE FOREST: The first horror movie of the year brings us a refreshingly new story to shudder at but then bungles it. At the start and for a long time, it’s intriguing, mysterious and pleasurably creepy. Like a haunted house yarn set in the woods. A psychological  horror, not a splatter fest.  It moves along with speed and bounces around among events today, flashbacks and imaginations to tell its tale. You get drawn in. Then it doesn’t know how to end efficiently and goes off the rails. 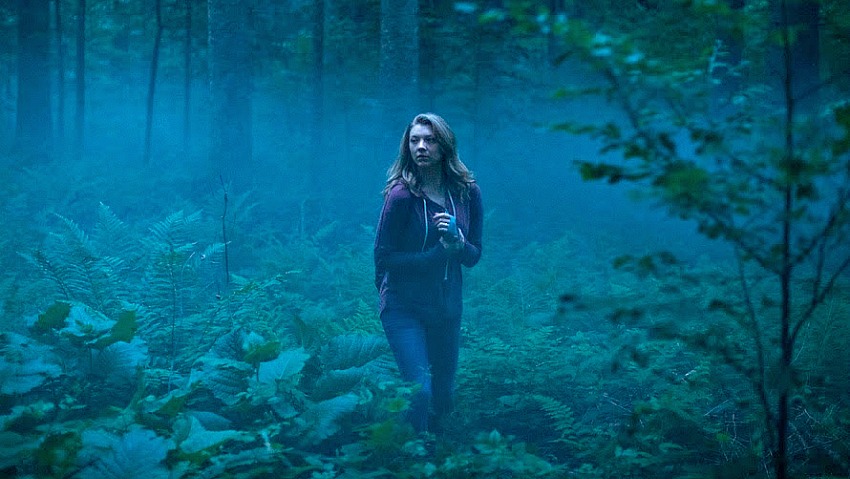 Natalie Dormer, known from Game of Thrones and the last two Hunger Games, plays twin sisters, although one not so much, because she’s missing. She’s been teaching in Japan and may have gone to the infamous Aokigahara forest to commit suicide. Her sister is convinced she’s alive and goes looking for her. Signs caution to stay on the paths at all times and a clerk warns about angry spirits called yūrei. You can see what’s coming can’t you. An Australian travel writer and a park guide help her get there, a childhood guilt wells up and suspicions and madness take over. But then the plot gets cluttered with excess, the mood pops and the movie comes to a hohum ending. (International Village and many suburban theatres) 2  out of 5

CANADA’S TOP 10: The annual collection of Canada’s best films, as organized by The Toronto International Film Festival,  is showing at The Cinematheque. From the seven I’ve seen so far, I can only agree with their choices.

They’ve got my favorite Canadian film from last year, Sleeping Giant, a truthful, well-observed tale about three boys spending a summer and testing their manhood in cottage country near Thunder Bay. 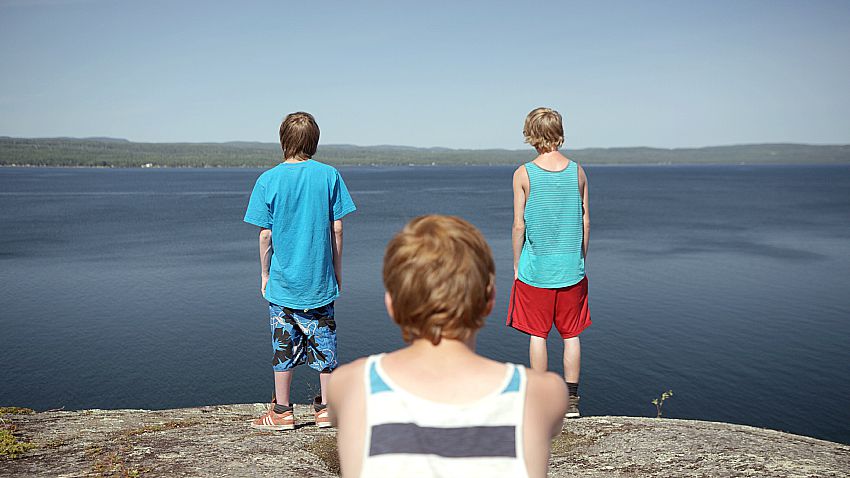