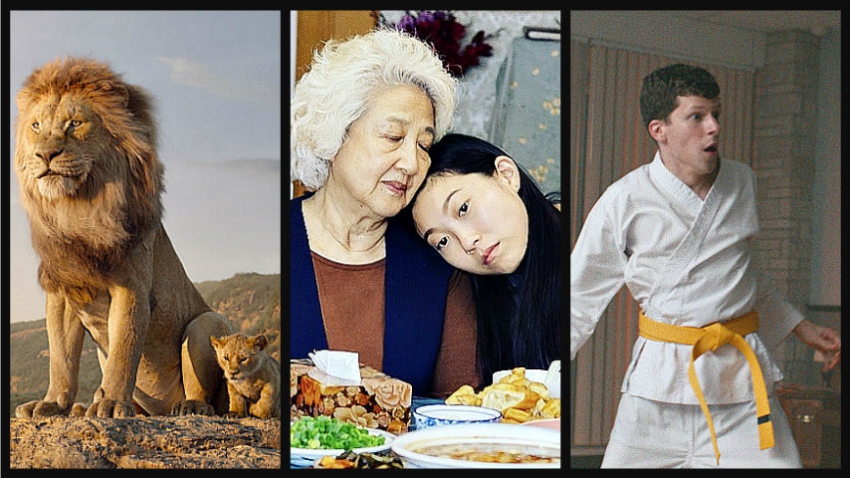 Also why our housing crisis is not unique, why English democracy protesters were attacked 200 years ago and moral decline in Argentina just before a coup

Some movies come with endless publicity (Hi there, Lion King). Super 30, which is playing at four theatres around here didn’t have any that I saw, and yet it has a big BC connection. It started with a story in the Globe and Mail about a mathematician in India who educates underprivileged students to  get into an elite school usually only available to rich kids.

Dr. Biju Mathew a psychiatrist in Maple Ridge read it, invited him over to speak at a fundraiser, visited him in India and wrote a book about him. It became a best-seller there and now a movie with a big star, Hrithik Roshan, in the lead. The fans like it a lot; the critics are mixed and here in BC: I haven’t seen any word yet. It’s playing in Richmond, Mission and two places in Surrey (Guildford and Strawberry Hill).

And these are also new, starting with the BIG one:

THE LION KING: It’s new but not improved. It’s wonderful if you haven’t seen the 1994 original but how many people haven’t. It’s the 4th biggest grossing animated film ever (get that? Ever) with a long afterlife in various video formats and a re-release only a few years ago. This new one doesn’t have the same depth of soul, at least partly because the main effort went into making it look so photo-realistic. Talking and singing animals work better when they’re animated. It’s a bit distancing when they look this real. The film feels like a wildlife nature feature much of the time. 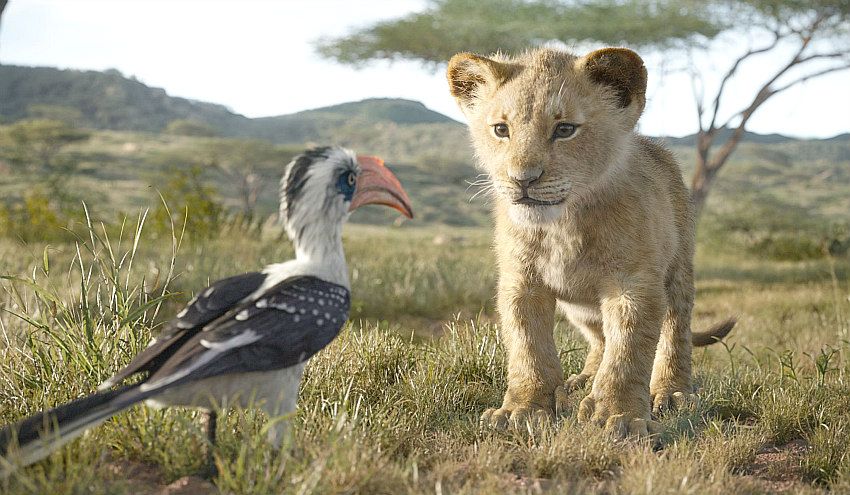 The story and the dialogue are exactly the same.  It just takes a half hour longer to get them out. Simba, the lion cub, is caught between his dad, the king, and his scheming uncle. Scar causes the king’s death and makes Simba feel responsible and run away. Years later he returns at the urging of a couple of comic sidekicks to re-claim a kingdom gone to waste. And his childhood friend Nala to be his queen. The dramatic scenes about betrayal and guilt are even more Shakespearean. The vistas and the action scenes—the wildebeast stampede for instance—are bigger and more thundering (especially in 3-D).  But some of the characters don’t impress as much as their forerunners. Jeremy Irons exuded much more menace than Chiwetel Ejiofor does and I really miss Nathan Lane’s exuberance. Donald Glover grows his anger well as Simba, James Earl Jones is back and still regal, Seth Rogen is his gruff usual and for all the publicity she gets, Beyonce doesn’t really get to say that much. The new song she contributes isn’t memorable but the new versions of the Tim Rice/Elton John songs are good. So, a mixed result overall. Enjoyable but not special. (Playing everywhere: Dunbar, 5th Avenue, Scotiabank, International Village, Marine Gateway and many suburban theatres. Even a Mandarin version at Riverport) 3 out of 5

THE FAREWELL: Here’s the best new film of the week. It’s heartfelt, moving, funny and informative at the same time. And it’s true, or as the message on screen says, it is “based on an actual lie.” Lulu Wang wrote and directed this film about an event that really happened in her family. She’s represented here by Awkwafina, the rapper who made such an impression in Crazy Rich Asians. Billi, as her character is called, is a writer in New York not quite sure whether she’s American or Chinese. She gets a chance to reflect on that when her grandmother back in China is diagnosed with a terminal disease and the family gathers to be with her one more time. 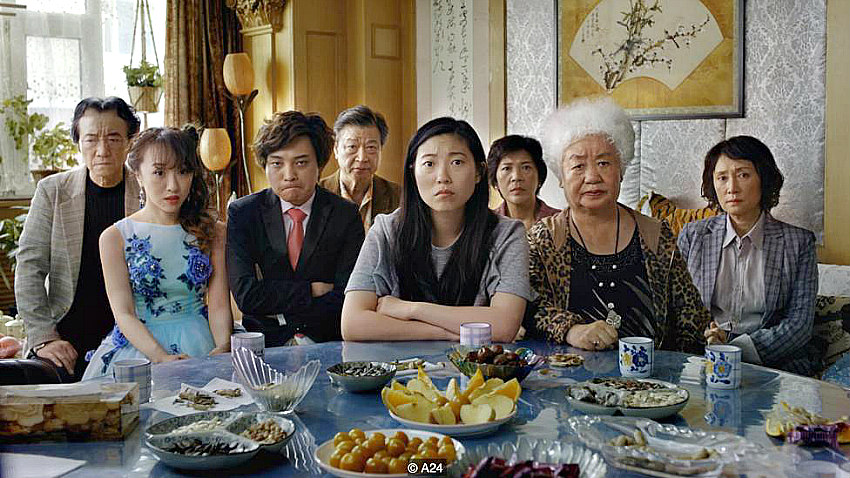 The pretext is a hastily-organized wedding. That way they can avoid telling her the bad news but debates over sharing or withholding the facts pop up repeatedly through the rest of the film. So do many other details of life for Chinese people, whether at home or abroad. The importance of family is the biggest. Respect for elders, attitudes towards death, money, education and living in other countries. They’re all there, in brief or in full. The question is put to Billi: where is it better China or America? She’s non-committal, probably because she’s not entirely sure. The film carries that ambiguity with a sprightly pace, much more humor than you might expect and very good acting. Awkwafina is a standout showing both spunk and doubt and two veterans, Zhao Shuzhen as her grandma and Tzi Ma as her dad, are warm and dignified.  (5th Avenue) 4 out of 5

THE ART OF SELF-DEFENSE: The preview articles indicate this is a spoof of toxic masculinity and something of a hybrid of films like The Karate Kid and Fight Club. Yes it is for most of the way, and very funny at that. And then for no reason I can understand with any certainty, it takes a turn. In the last 20 minutes or so, the droll humor is gone; the film gets violent and sinister. Maybe the writer/director Riley Stearns needed a quick way to wind it up. Maybe he’s saying that’s what inevitably follows from what came before. Yet, it’s that clever and very entertaining earlier part that’s the most interesting, 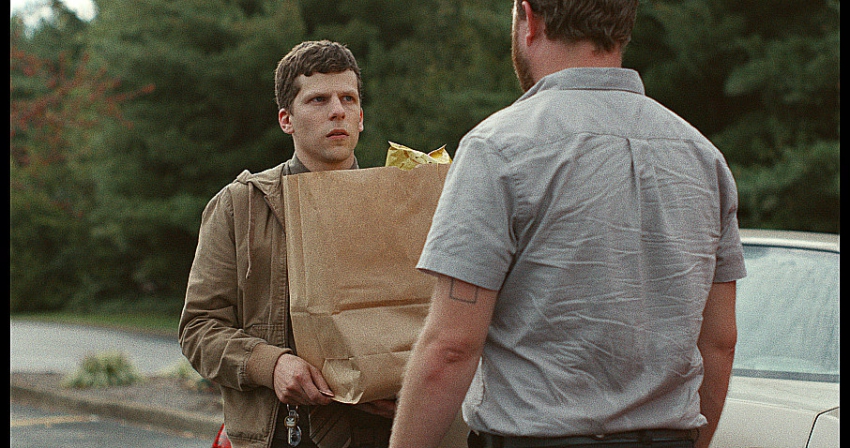