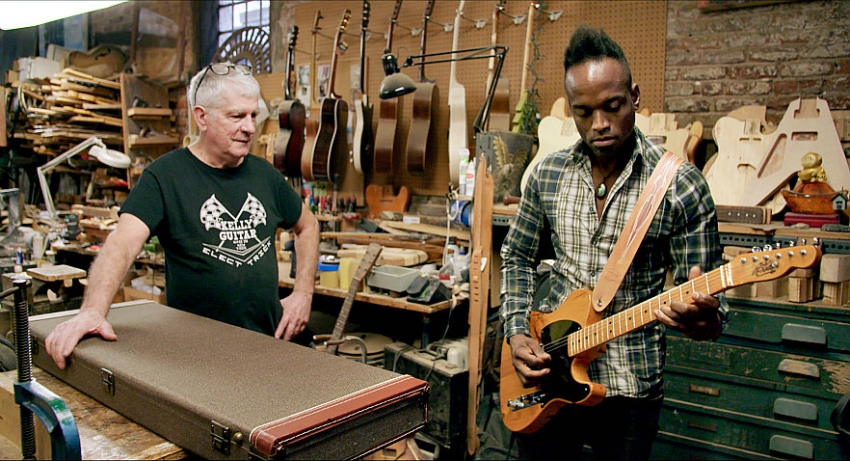 He’s taken on a young woman as an apprentice (someone to pass his “lost art” on to) and his mother, now in her 90s, tends the books and throws in a comment now and then. And there are visitors all week. Jim Jarmusch, the film director, plays a bit; Bill Frisell, the jazzman, plays an entire surf guitar number. Charlie Sexton, from Dylan’s band, singer Eleanor Friedberger and many others chat and perform. It’s a relaxed and warm atmosphere that Toronto filmmaker Ron Mann has captured in this ode to the old joys of making things by hand. (Cinematheque)  4 out of 5

DIAMANTINO: Looking for a really fun, surreal, oddball treat? Try this. It’s at the Cinematheque through the weekend and played the film festivals both here and in Toronto last fall. It’s very funny, if you’re open to the absurd side of the spectrum.

Portugal’s top soccer star, Diamantino, played by Carloto Cotta, clearly patterned after Cristiano Ronaldo but prone to visions of giant fluffy puppies on the pitch, misses a penalty kick that would have won the World Cup. He’s in disgrace. His twin sisters  are furious, but then, as he says, they’re always angry. They register him with a medical research project that unbeknownst to him, aims to clone his athletic talent. A couple of lesbians at the secret service investigate him for money laundering. When he learns about refugees coming across the Mediterranean in rickety boats and expresses a desire to help them,  one of the lesbians comes to him pretending she’s a refugee. There are misunderstanding gags and lots of screwy humor, notably when he’s lured into a campaign to get Portugal out of the European Union. The commercial he films is hilarious, as is most of this entertaining film.  3 ½ out of 5

SUNSET: László Nemes, the Hungarian director, won an Oscar for his last one, Son of Saul. This one is easier to take but just as engrossing and has won some smaller awards. It’s a tale set in a particular era, just before World War I when the Austro-Hungarian empire ruled Europe. And it’s a mystery. Nemes draws you into it and never lets go.  You might be perplexed at times what is going on. The main character is trying to figure that out too and you’re with her as puzzling events take place and answers don’t come easily. If ever. 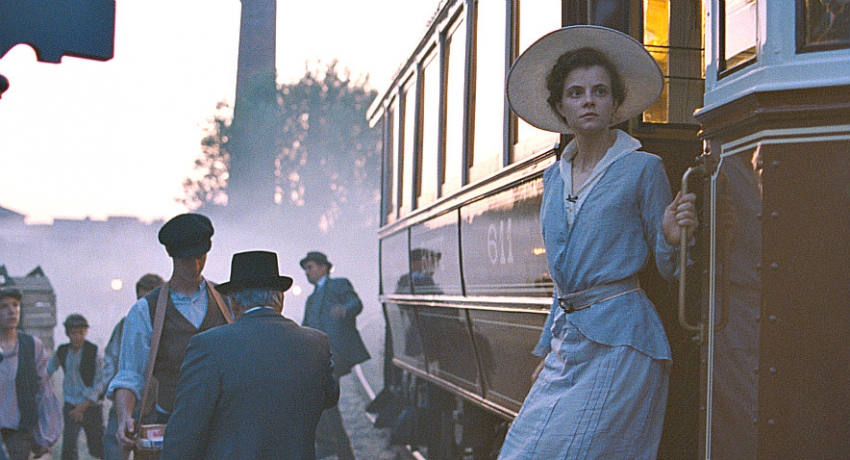 Juli Jakab plays a young woman asking for a job at a high-class hat shot in Budapest. She’s met uneasily because her family used to own the store and her presence reminds of a turbulent past. There was a fire and more recently a murder. She grew up in an orphanage and now learns that she had a brother she never knew about and hears rumors that he may still be alive but hiding. Is he a revolutionary? Is he among the protest crowds that march? Someone tells her that he murdered a count.  She sets out to find him and get the truth. I never did figure out exactly what was going on except that possibly disorder was the new normal at the time.  The film shows that clearly, as it also beautifully re-creates the era, the bustling streets, the décor and the costumes. (5th Avenue) 3  out of 5

ACQUAINTED: Here’s a contemporary, young urbanite take on that old issue: romantic fidelity. Cheating, if you want to take a harsher view of it. Is it that, the script makes us ask, when two couples secretly wander for good reasons? Or, as I read in an interview, is it still “taboo?” Emma and Drew start it off. She (Laysla De Oliveira) meets him (Giacomo Gianniotti) in a bar, sort of knew him in high school and really gets to know him now. That’s even though they both say they’re “not single”. Not married actually but committed. He with Claire (Rachel Skarsten), with whom he’s bought a house in which he’s assembling IKEA shelving. She with a guy studying ceramics and planning a trip to Japan. 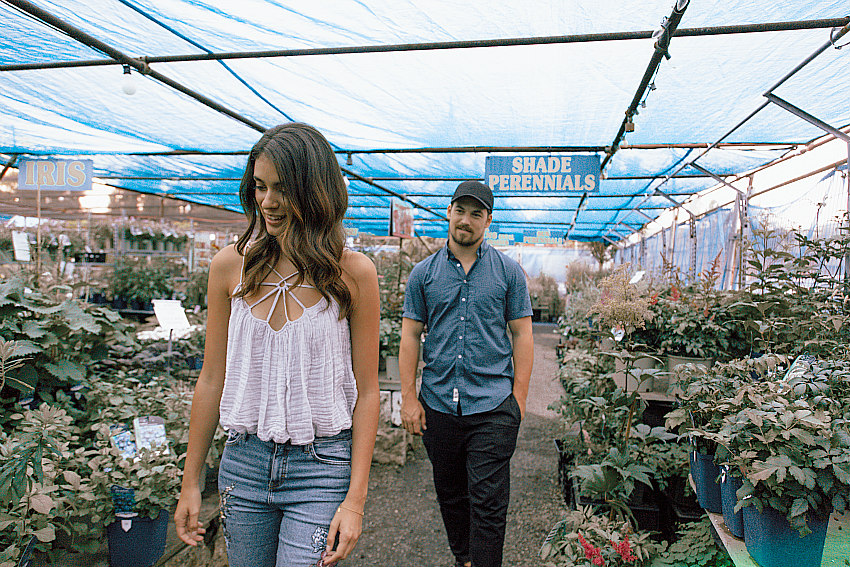 Do you stick with the person you’re with or follow your romantic urges? The film ponders the issue through bright dialogue and insight. Natty Zavitz the Toronto actor who wrote and directed it based some of it on a relationship he was part of. It plays as entirely possible and feels honest but moves along at a draggy pace. It should spark more. The actors have lots of TV credits (Gianniotti on Grey’s Anatomy) and one of the producers, Peter Harvey, grew up in Whistler. (International Village)   2 ½ out of 5