She (French actress Noée Abita) is living with a photographer who offends her with a suggestion that they could start seeing other lovers as well. She’s upset but drifts into doing exactly that. It’s surprising; she doesn’t seem the type but a streak of narcissism inside her well-behaved self prompts her. There’s a disturbing outcome. 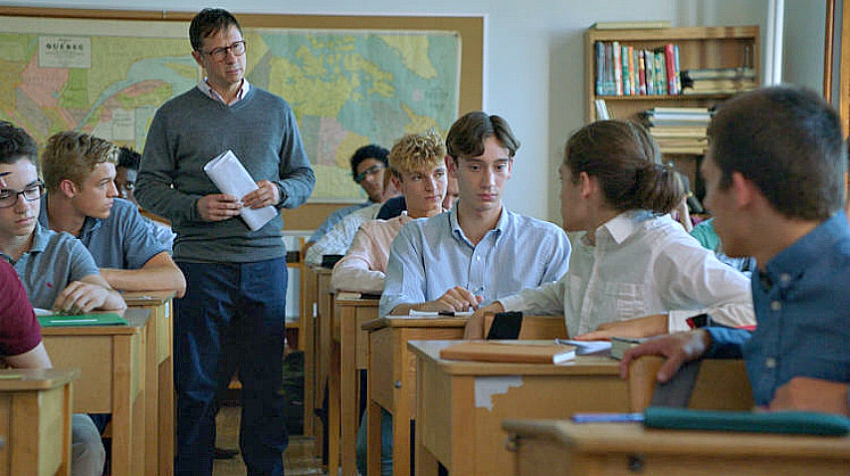 Guillaume meanwhile (Montreal actor Théodore Pellerin) is the class clown at school, the teacher’s favorite target for censure and a teen unsure of his sexuality. He’s a loner at parties, can’t qualify for the hockey team and affronts his best friend by trying to kiss him. “I was just curious,” he says. Lesage finds much anybody can relate to in these stories and then makes a complete switch to two younger teens noticing each other at a summer camp. It’s sweet, unrelated to what came before but a life-goes-on declaration.  (Cinematheque, Sunday evening) 3 ½ out of 5

THE GREAT DARKENDED DAYS: Montreal director Maxime Giroux put his thoughts about America, the world today and capitalism into this film but I think he lost many of us. He knows what he’s saying; for the rest of us it’s a lively though obscure road trip. It’s in English and incessantly pessimistic about humanity. 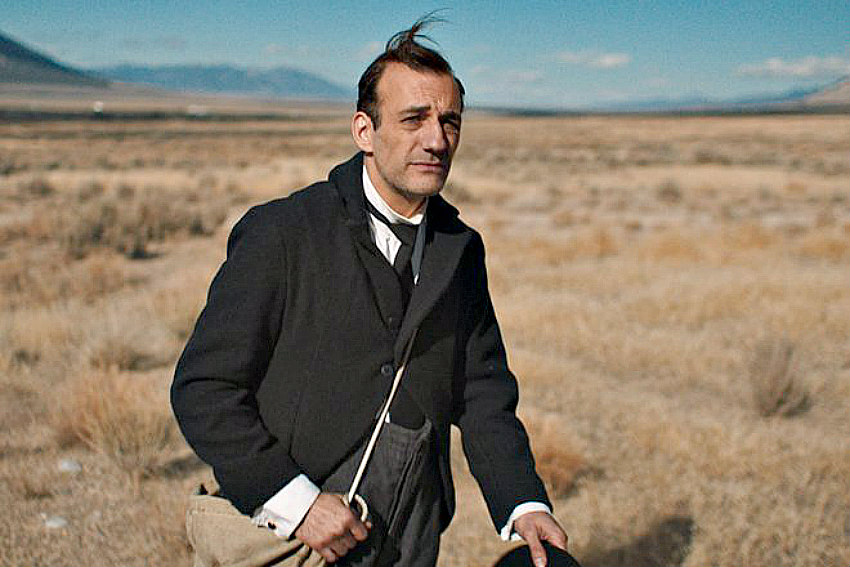 Philippe (Martin Dubreuil) is on the move somewhere. He left Quebec to escape being called up for war. (Maybe World War II. It’s not specific. We hear Gen Patton on a radio and later an REM song.) He’s a Charlie Chaplin acolyte and a few times echoes the film The Great Dictator. He’s roaming the American west, that iconic part of the country and runs into a succession of mean-spirited, some of them violent people. He rides freight trains, wakes up in snow, stops at the home of a woman (Sarah Gadon, terryfing) who treats her daughter like a dog. A cigarette salesman (Cody Fern) is the most pleasant of the people he meets on this increasingly hallucinatory trip but it’s not help he’s got to offer. He’s a representative of a system.  The film has atmosphere and mood and a pretty obvious message, I think, about America, wartime or not. It was a big winner at the Canadian screen awards. (Cinematheque, Sat, Mon + Wed) 2 ½ out of 5

THAT HIGHER LEVEL: Too bad it’s being shown only one time this week because this film is inspiring. Certainly for musicians learning and developing their craft. For others of us it’s also educational. We see the 100 or so musicians in the National Youth Orchestra  at work, in rehearsals, getting instruction and then performing on a 26-day tour across Canada culminating in a final concert at the Chan Centre at UBC. We get a generous excerpt from that one. 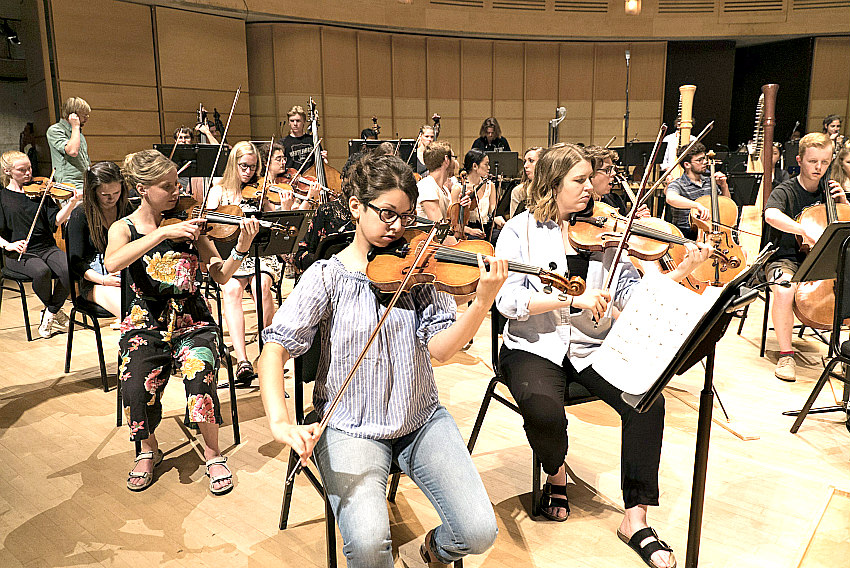 We watch the students work on their art. It’s thrilling when a violin girl is advised she’s playing too hard and then gets it right. We learn something too when an instructor explains the background for the main piece they play, Death and Transfiguration by Richard Strauss and when the students talk about the emotions it raises in them.  They talk about expressing themselves, contemplating its meaning, understanding the history it reflects and “the importance of transcendence.” For many this is an early step to a professional career. As a trumpet boy puts it: “This is what I’m doing now. This is it.” The enthusiasm is infectious. The film’s director, John Bolton from here in Vancouver, understands. He’s been a viola player. (VanCity Theatre, Sunday afternoon at 3) 4 out of 5

THE PROPOSAL: Jill Magid is an American conceptual artist and here in her own film we see her most famous creation. Controversy, mostly. You might just get enraged by what she did and also why she felt she had to do it. I’ll have to leave some of this background skimpy so as not to spoil it all. But here goes.

Mexico’s most famous architect, Luis Barragán, influential in the Modernist movement, a prize winner and exponent of what he termed “emotional architecture” died in 1988. His house was named a world heritage site but his archives (photos, drawing, notes, etc.) ended up in Switzerland, owned by a furniture company and kept inaccessible by the owner’s wife. She claims to be a scholar and with the power of copyright keeps others away.

Magid came up with a lurid plan to get the material freed up and back to Mexico. She had Barragán’s cremated remains opened up, (we see it done) a portion taken out of the urn and … well, converted in a way and offered in trade for the archives. The plan was based on a rumor about how they got to Switzerland in the first place. We see secret footage of Magid’s meeting with the wife, many letters between them and a lot of newspaper commentary with words like “ghoulish”, “barbaric” and “ingenious.” The film doesn’t have the whole story but it does provoke thoughts about legacy, respect for the dead and ownership of creative works. It’s all pretty creepy though. (VanCity) 3 out of 5