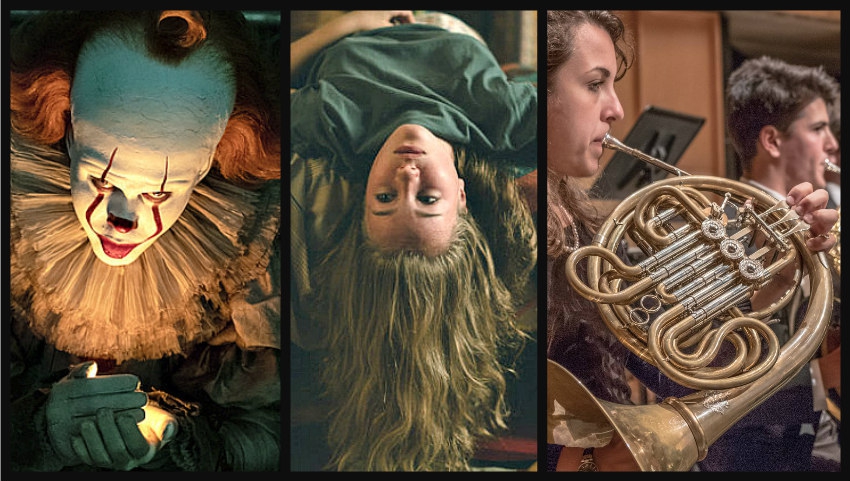 Also a creepy art project and protest in The Proposal

It’s another week with one film up there above all the rest. In quality? No, in box office potential. There are good alternatives though, four of them Canadian, and if you’re into film technology, Quentin Tarantino’s latest, Once Upon a Time in Hollywood, in another  format, the extra-large 70 mm size that he likes but only the Park Theatre is equipped to show around here.

IT CHAPTER 2: This is from the second half of Stephen King’s mammoth novel. The first became the biggest grossing horror movie ever. This one is bound to do well too but didn’t do much for me. Except annoy. It’s excessively long, almost three hours, creeps along much of the time and now and then throws some jump startles at you. The scary scenes are isolated and don’t accumulate and build. 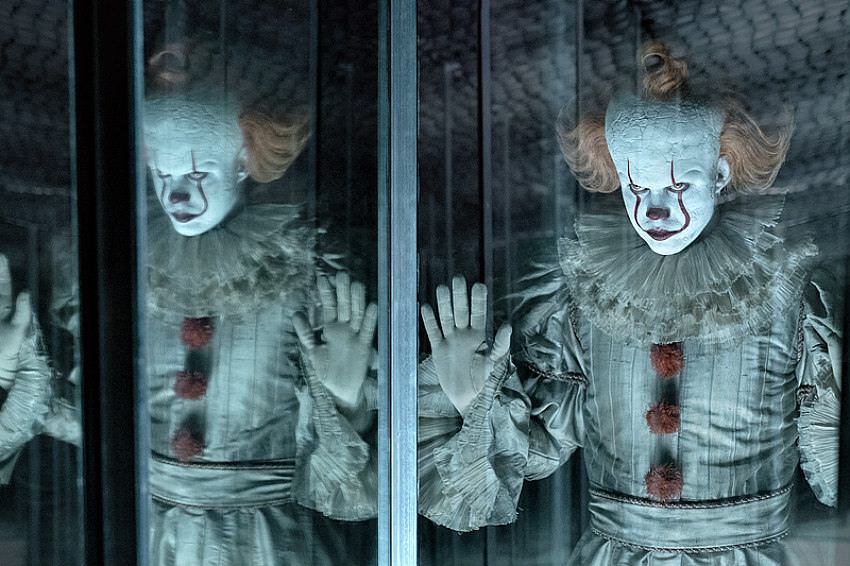 The six kids who called themselves the Losers Club in the first film are now grown up and scattered. It’s 27 years later, the exact interval on which the demonic clown Pennywise makes his appearances. The club re-assembles at the urging of the one who still lives in the small town of Derry, Maine (looking a lot like Oshawa and Port Hope, Ont.) and we’re forced to watch their personal stories separately and at length. Twice.What they did as teens (acted out in flashbacks with the original young actors) and what they’ve done since they’ve grown up and moved away. 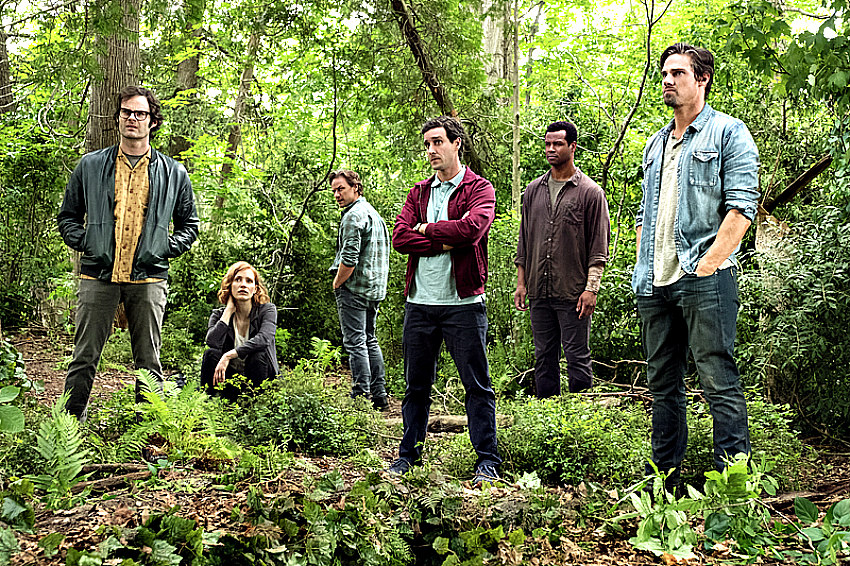 James McAvoy, Jessica Chastain, Isaiah Mustafa, Jay Ryan, James Ransone and a standout Bill Hader have distinct personalities and histories and disparate encounters with the evil clown and ghoulish variations. Jessica is doused with a roomful of blood in her key scene. They each have to face up to their long-held fears (which oddly they’ve all but forgotten), seek out a relic to invoke an indigenous American ritual and go after the clown. Briskly directed by Andy Muschietti, beautifully presented visually and clear in its message that we’re stronger together, it still drags. For one thing there’s not enough Pennywise. Bill Skarsgard plays him with a creepy, smiling menace but he’s not around for long stretches. We get disjointed other stories while we wait.  (5th Avenue, Dunbar, Scotiabank, Marine Gateway + suburban theatres everywhere) 2 ½ out of 5

A COLONY (Une Colonie): Emilie Bierre, the teen girl at summer camp near the end of Genesis, plays the lead in this even better, even more resonant film, also from Quebec.  It’s a universal story. She is a country girl named Mylia, timid, reticent, unsure of herself, learning about life beyond the farm she lives on. She wants desperately to join in with the sophisticates at school but feels too insecure. A party girl is a mentor in exchange for homework help, although she’s on her phone most of the time. 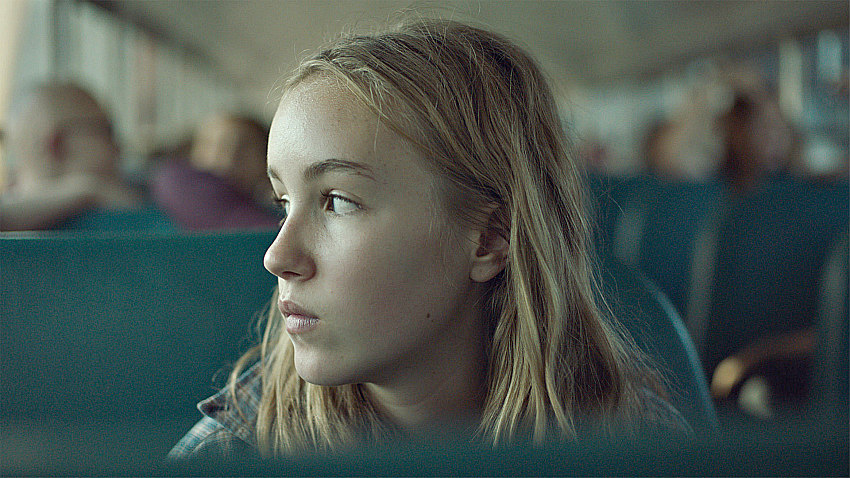 Mylia is awkward in sports and at a party, where drinking the punch makes her woozy. Under the smooth writing and snappy direction by Geneviève Dulude-De Celles  and Bierre’s delightful  acting you emphasize fully with her, maybe even identify. It’s a very good exploration of that part of growing up.

Another plot point sets this film apart from the usual. Mylia lives near a native reserve and becomes friends and falls gently in love with an Abenaki  youth (Jacob Whiteduck-Lavoie). He helps her out a few times and she learns a different view of the world from him. And she watches him react when a class discussion of pioneer attitudes towards Indians brings on some mocking laughs and he fights back out in the hall. It’s a very Canadian story, well-observed and evocative but with a bitter-sweet ending. The film won Best Canadian at the Whistler Festival and Best Picture and Best First Feature at the Canadian Screen Awards. (Cinematheque Sat, Sun & Mon)  4 out of 5

GENESIS  (Genèse): Maybe it’s because Quebecker Philippe Lesage has a background in documentary film that this drama by him feels so real. He observes and understands, in this case the anxious times when adolescents start (and try to figure out) their love lives. Often not figure them out. Here half siblings Guillaume and Charlotte chart their personal paths in radically different ways. 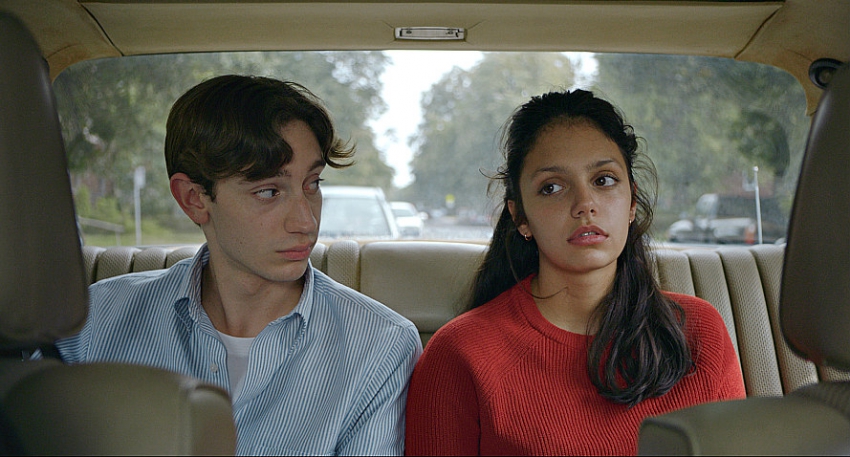