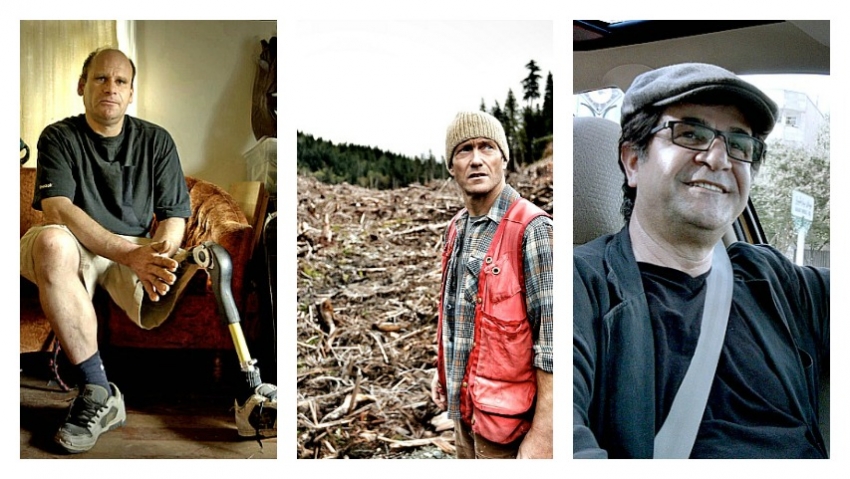 Here are five more picks for the Vancouver International Film Festival, all having their first screening today or tomorrow (Wed or Thurs). They include two marvelous Canadian films but not two other good prospects, the award winner Assassin and the expected-to-be award winner Youth. There was no chance to preview them.

HURT: You might think you’ve seen enough of Steve Fonyo over the years. Ran across Canada on his one leg 30 years ago. Called a hero. Given the Order of Canada. Got into drugs, a DUI, run-ins with the law, jail time. Order of Canada revoked. He just kept popping back up in the news as his life spiraled downwards. We know it all. Right? Not so. This fascinating and sometimes lurid documentary by Alan Zweig takes us back into his life and reveals more and then more. 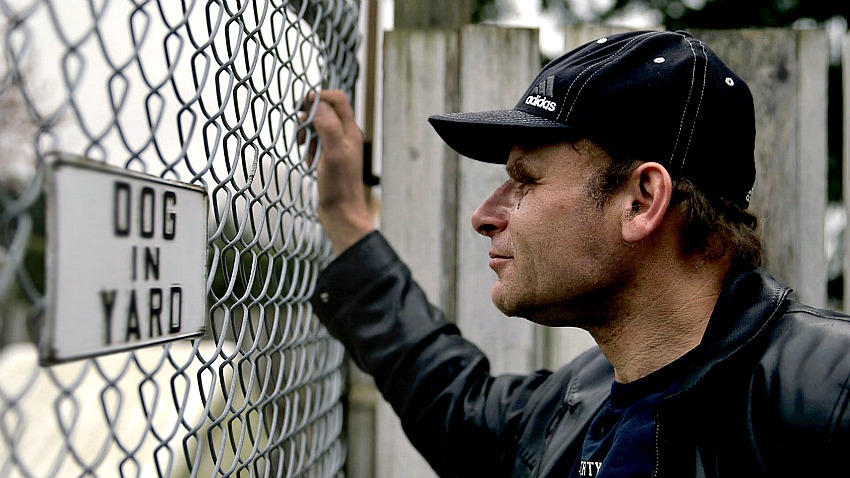 In four visits over about a year he found Fonyo restoring a car, dropping in on his estranged family,  trading insults with his wife and later bringing his mistress to a court date with his wife, causing her to opine “Some people are only alive because it’s illegal to kill ‘em.”  In the wildest scene he gets into a cursing punch up with a guy who wants the mistress back as his girlfriend.  In effect the film is also a social portrait of his Surrey neighborhood, which he describes with words the mayor would hate. He admits to using crystal meth and that his life is “chaos.” A session with a well-known therapist digs into some of the reasons. Since the camera is there for everything, this is a compelling film to watch.  (Wed and Thurs) 4 out of 5

HADWIN’S JUDGEMENT: Can you take a new slant on that old dispute here in BC over logging? One filled with myth, obsession and moving drama? Sasha Snow has made it; she’s the director, writer and cinematographer who re-tells the story of an infamous bit of environmental vandalism. Almost 20 years ago a forest industry “timber cruiser” named Grant Hadwin chopped down a 300-year-old golden spruce tree on Haida Gwaii that tourists loved to visit and aboriginals considered mythological. The film traces how he came to do it. 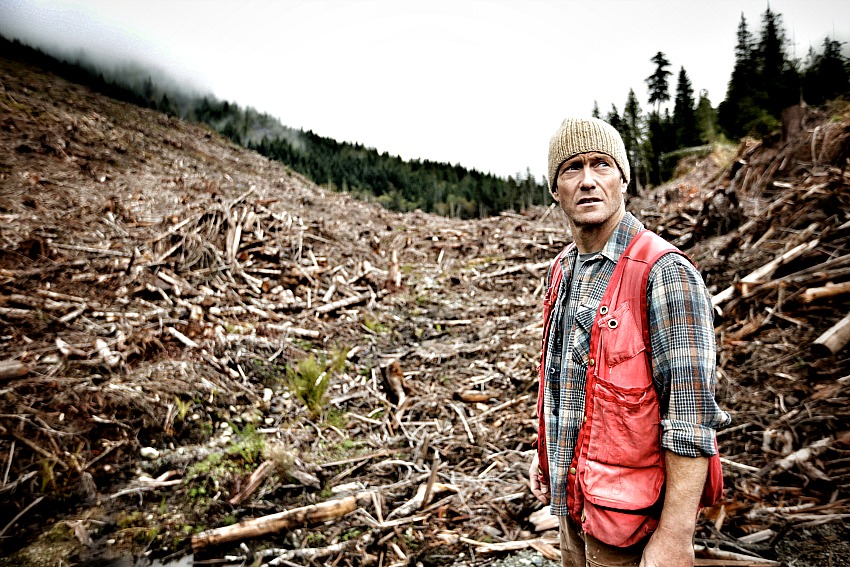 Doug Chapman plays him but doesn’t speak. Friends, natives and observers do that, including silvaculturalist Herb Hammond and John Vaillant who wrote the book The Golden Spruce. It’s a story of a man’s descent into despair that his work laying out logging roads was destroying huge swaths of forest. Cutting the spruce was to sound an alert. Problem is, people didn’t understand it that way. The film brings all this out with a mix of speculation, his own thoughts in letters he wrote and memories by people who knew him. It’s rich with atmosphere, beautifully photographed and edited and powerful in using a tragedy to call for respect for the natural.  (Wed and Mon) 4 out of 5

JAFAR PANAHI’S TAXI: How’s this for resilience. Panahi  is banned from making movies in his home country, Iran but he makes them anyway. His last one was called This is Not A Movie, and now this follow up was filmed entirely in a taxi.  It won the top prize at the Berlin Film Festival. 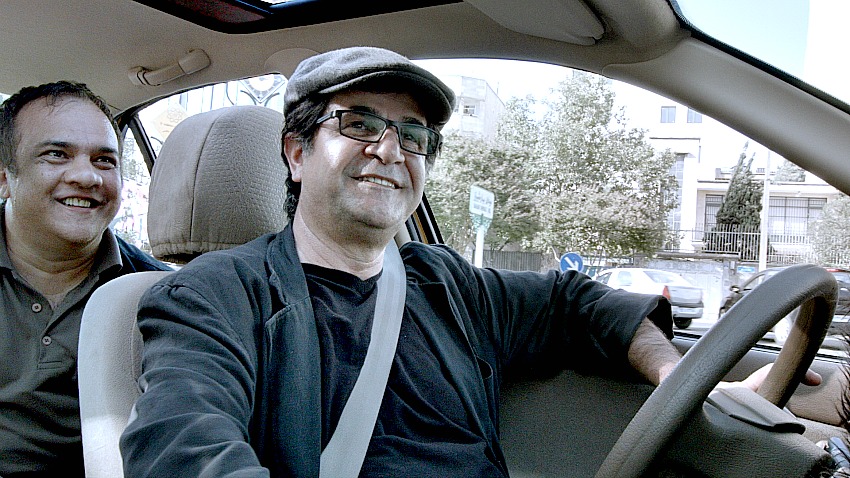 Panahi drives around Tehran and a succession of passengers get in and out. It looks real but gradually you come to realize it’s all carefully constructed. He’s playing a cabbie. Some recognize him as the filmmaker and that sparks conversations about his art and repression. His niece reads out the filmmaking rules that have been imposed on him. His story and the political state of Iran all come out very subtly. Other subjects come up. Two women are off to a mosque with a goldfish. There’s a guy with a laptop, a seller of pirated CDs and a man speaking his last will and testament. Along with the sadness, there’s a great deal of comedy. The film is light on its feet and entertaining. (Thurs and Sat) 4 ½ out of 5

MY FRIEND VICTORIA: Here’s a moving tale about race and class in Paris, but originating from a story by Doris Lessing. The transition from England works perfectly. It’s quieter but its dramatic dilemmas are well-observed. 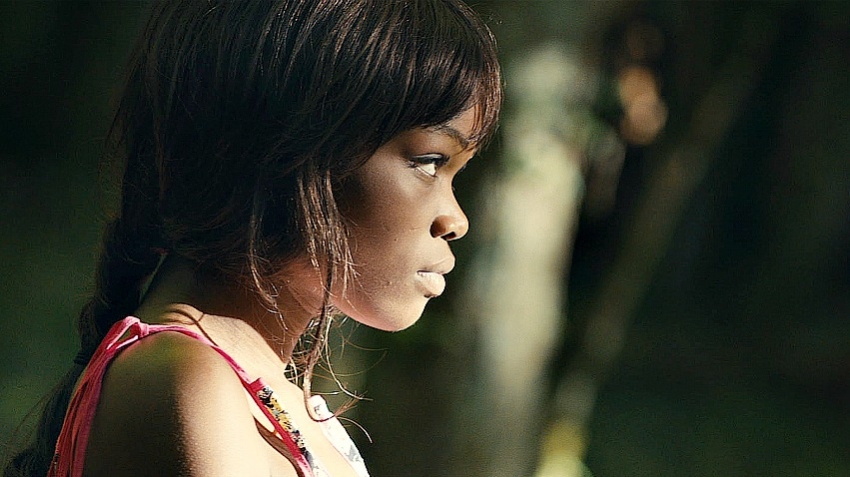 Victoria is a poor African girl who becomes enamored of the luxury and status enjoyed by a middle-class white family. They take her in one afternoon when there’s no one around to pick her up from school. Years later she re-connects with the family, becomes a lover to the oldest son and bears his child while he’s away studying in the US. The family welcomes her. The mother says she always wanted a black grandchild. That was originally meant as a stinging rebuke to white liberal hypocrisy. Here it’s part of a lighter treatment of the story. It’s comfortable, comic at times, and softly poignant. (Wed and Sat) 3 out of 5

PALIO:  Here’s a new slant on neighborhood competition. In Italy’s Tuscany region, the city of Siena has its contrade compete against each other in two horse races every summer. 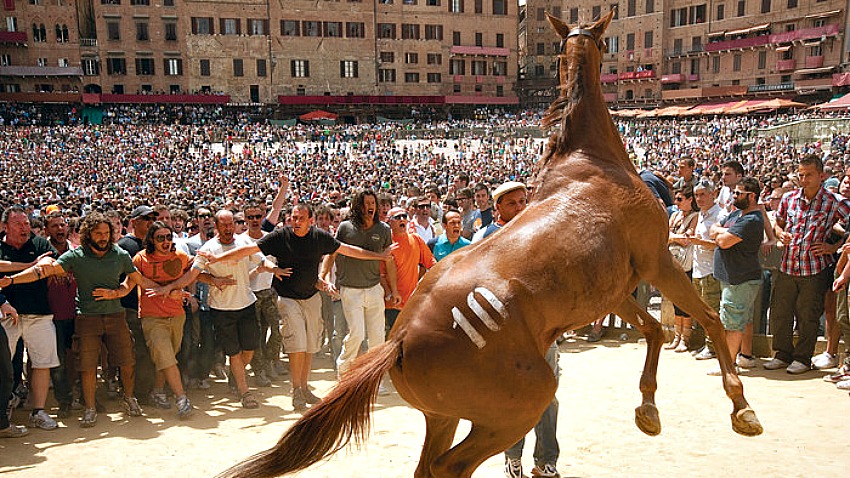 The course is laid out in the main square, the piazza del campo, which fills with singing and cheering spectators. Ten horses compete in the contest that lasts only 90 seconds but takes months to prepare. Rivalries are fierce. Jockeys switch teams at will and under the lure of bribes. They’ll use their whips on each other during the race. They’ll sideswipe each other. Horses often crash into a wall. Animal rights activists object but they’re not seen in this film. The jockeys do the talking, including a veteran, a current champ trying for a record and a new rider hoping to displace him. As one says, “It’s not about riding skills. It’s about the game.” And quite a bit of corruption. The race dates back to medieval times and has been seen in several documentaries and movies.  This film captures the action, the color and the intense fight to be “king of the square.”  (Thurs and Fri) 3 out of 5