A Star is Born, a triumph, The Sisters Brothers, Canadian-American, and new VIFF picks like The Happy Prince 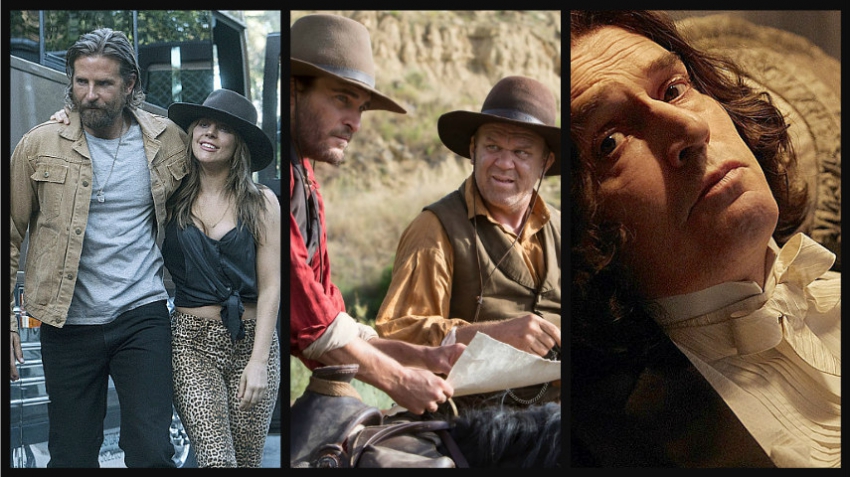 Also Marvel’s newest and VIFF’s looking back at the disco and jazz eras, thinking about democracy and watching youth in two countries get into trouble

Three new movies, two of them huge, six picks from VIFF and we’ve got a crowded slate today. Watch for the two people I get involved in helping me rate them. Here’s the list:

A STAR IS BORN: The story was filmed in 1937, 1954 and 1976. Also 1932 if you count the almost similar What Price Hollywood. No matter, it’s back and it’s terrific. Ask my daughter. She wants me to give it 5 stars because the two leads, Bradley Cooper and Lady Gaga, generate such intense chemistry. My rating will be a bit less although I too thoroughly enjoyed it. Cooper plays a country rock star, doing vibrant performances to huge crowds (filmed at actual rock festivals to get an authentic atmosphere) but hitting the bottle way too much.  One night he wanders into a drag bar and sees her (Lady Gaga) sing a song. He’s amazed, then smitten and the two strike up a relationship.

He helps her overcome her insecurities (she thinks she’s not good looking and her nose is too big because that’s what she’s been told) and he nudges her to sing on stage with him. You know the story; she becomes a star; he hits the skids.

The music business is authentically portrayed. The concert scenes are real; the record company guy who tries to change her feels real and her appearance on Saturday Night Live looks real. More importantly she does some wonderful acting and combined with his casual skill you get a love story that feels genuine and that make the inevitable break up also ring true. My one complaint: his decline doesn’t get enough attention in the film and that takes away some of the believability and the power of the ending. Both stars sing well, she especially, of course, and Cooper shows he, as director, has harnessed real energy and feeling in this movie. (5th Avenue, Dunbar, Scotiabank, Marine Gateway and suburban theatres) 4 ½ out of 5

THE SISTERS BROTHERS: The novelist is Canadian (Patrick DeWitt born at Sydney on Vancouver Island, now living in Portland), the director is French (Jacques Audiard, known for Dheepan and other films), the locations are mostly in Romania and Spain but the story and the stars are definitely American. Once again it’s a tale of the wild west having to accept the creeping in of the modern world. “We’ll all change. We don’t have any other choice says one character. A simple toothbrush symbolizes that progress. 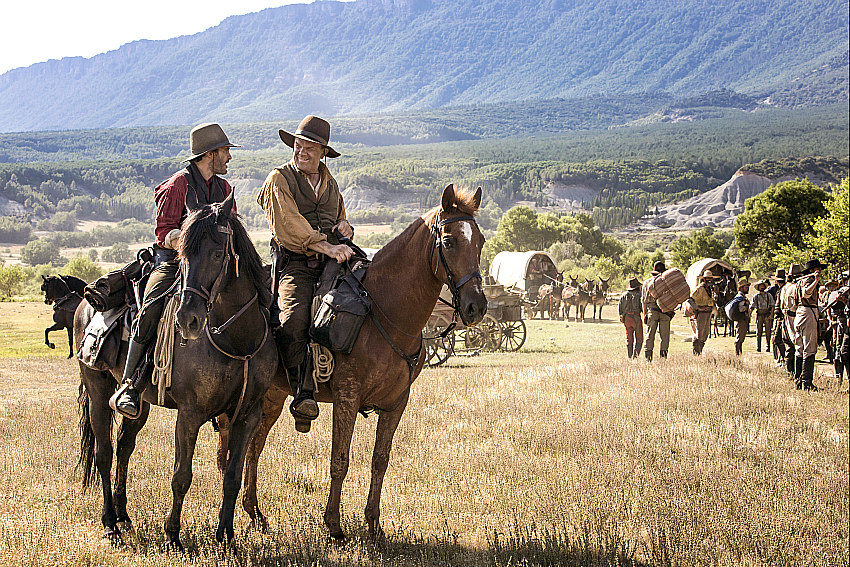 Eli Sisters (John C. Reilly) is seen using it a few times, always with an air of wonder. He’s the more laid back of the brothers. Charlie (Joaquin Phoenix) is the active one. He stirs things up. Together they work as agents for the Commodore (Rutger Hauer), sometimes as killers. It’s the time of the California gold rush and they’re sent to find a man who has found a chemical method to make prospecting for gold more productive. Incidentally he’s played by Riz Ahmed who is also in the next movie, Venom. The brothers don’t know that another killer (Jake Gyllenhaal) has also been sent to find him and has formed a fake alliance with him. And so a tangled plot plays out at a snappy pace and with crafty characterization of all involved. This western is quirky and literate, thoughtful and comfortable and features fine performances and direction. There’s far more talk than gun play but it works. (5th Avenue) 3 ½ out of 5

VENOM: Can you believe it? This is the 5th Marvel comics movie this year. And nowhere near one of the best. But it’s the fans who will have the say, so I asked one. He read the comics and loved the film. He says it portrays Venom exactly as he imagines him. That’s despite the fact that the story, though based on a series that was published 30 years ago, makes big changes. For legal reasons it is no longer attached to the Spider-Man saga and introduces a sort of Elon Musk visionary industrialist to drive it. He’s planning for space travel and is pushing research to join human subjects with an organism that arrived from outer space on a meteor. There’s a sly reference to playing God at one point but this film doesn’t do humor so that’s lost.