Spike Lee takes on the KKK, McQueen reveals a fashion rebel and Summer 1993 offers a rare look at childhood 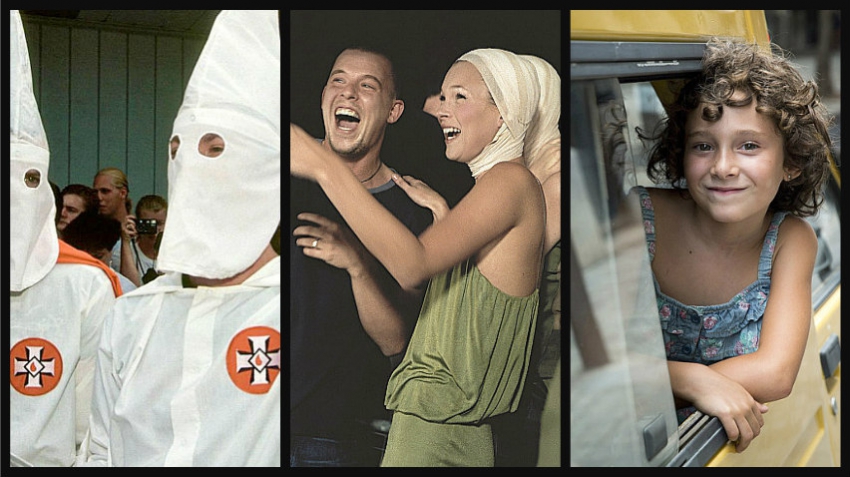 Also: a woman’s self-discovery in Puzzle, canine antics in Dog Days, creepy chills in The Crescent , and two other films explained but not reviewed

Besides the many new film arrivals this week there’s the annual Queer Film Festival now on for two weeks. You would do well to get hold of the well-presented and free catalogue or log on to https://queerfilmfestival.ca/  to read up on what’s screening.

A few that I’ve noticed as potentially interesting:

1985, last night’s opener, repeating tonight, about a gay man returning to his small Texas hometown and having to explain himself to dad, mom and friends.

Octavia is Dead, also tonight, brings Sook-Yin Lee back to town with the ghost story and family drama  she made starring Sarah Gadon.

We Are the Vancouver Men’s Chorus. The title says it all.

The Miseducation of Cameron Post, the closer a week Sunday, is about a teen (Chloe Grace Moretz) sent to gay conversion therapy.

The films play at various venues around town and several will have the director in attendance.

And as for mainstream films, these are the new ones:

BLACKkKLANSMAN: I never expect Spike Lee to be subtle in putting his thoughts across but this time he outdoes himself. The film is very good, and didn’t need as much rhetoric as he has injected into it. A bit would have been fine to point out that racism is alive in the U.S. He hammers it home, eventually with a sequence that I like a lot using clips from the Charlottesville violence (from a year ago Sunday) and Donald Trump’s outrageous words about it. They work well to remind us and put this film on a solid base of reality. But before that Lee can’t let a terrific true story about the modern Ku Klux Klan make its points on its own. He lets his didactic tendencies run loose. 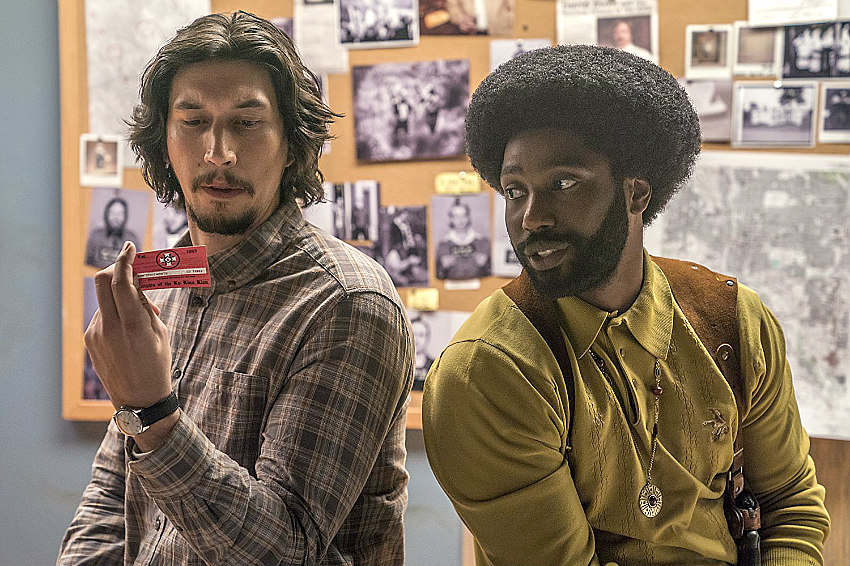 The story, from a book by the man who lived it, is about a rookie cop, the first black on the force in Colorado Springs, who gets winds of a group forming a local KKK chapter. He (played by John David Washington, Denzel’s son) infiltrates them in a way. He sends a white cop (Adam Driver) to impersonate him but manages to talk himself on the phone to David Duke, the national leader, played by Topher Grace as a three-piece-suit, all-business type. Among the locals there’s a rabid black and Jew hater who is close to blowing the new recruit’s cover and plots to set up his wife to place a bomb in hopes of starting a race war. There’s also an Angela Davis-like student leader (played by Laura Harrier), a terrific fiery speech by Stokely Carmichael (played by Corey Hawkins) and a racist speech by a character played by Alex Baldwin. You might be shocked by the extended diatribes you hear throughout this film about Jewish and black people. But the kicker is a pair of scenes intercut, both about the impact of the classic film Birth of a Nation. It revived the KKK and the new crowd cheers. Meanwhile a character played by Harry Belafonte recounts in detail a lynching it led to. Unlike earlier scenes that were effective portrayals of racism, this was like shouting. Or maybe Lee was making sure we got what he was saying. We did. (5th Avenue and two suburban theatres) 3 ½ out of 5

McQUEEN: You’re going to be surprised, delighted maybe, how affecting this biographical portrait of a fashion industry rebel can be. You’ll hear Alexander McQueen’s story –taxi  driver’s son, alerted by his mother to a Savile Row entry-level job, soaring to head designer at  Givenchy and then to Gucci, four times named British Designer of the year, staging controversial fashion shows with titles like It’s a Jungle Out There, The Highland Rape (with models looking as if they’d been assaulted) and Taxi Driver, influenced by his love of movies. You see generous excerpts from these shows. And you’ll hear a great deal about his character from associates, a few relatives and fashion industry types like Tom Ford and Kate Moss (that’s her with him in the photo collage up above) and he himself in old interviews and  many candid film clips. 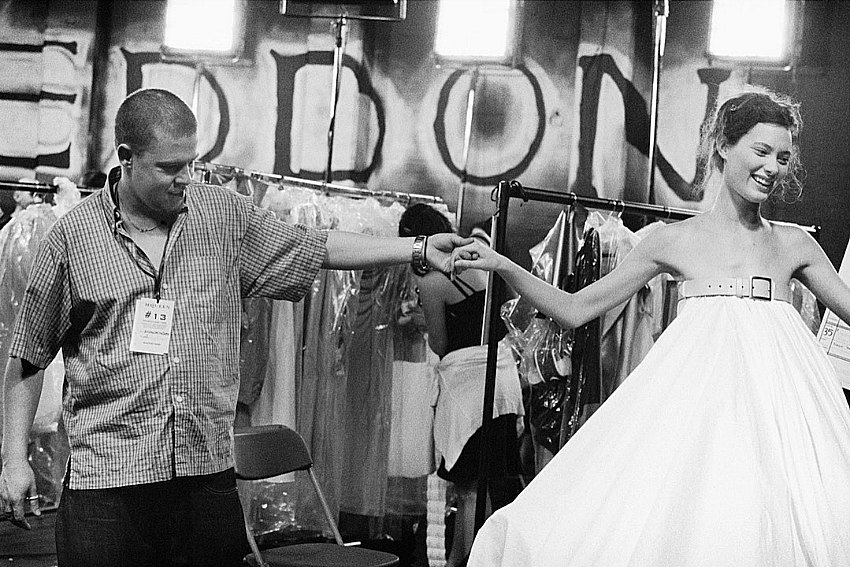