Spider-Man swoops back; Joe is a backwoods gothic and DOXA’s documentaries enlighten

DOXA: The annual festival of documentary films has, judging by my read of the catalogue, a superb and wide selection screening now until May 11. I’ve seen a few already and recommend some today, and more next week, including the one that’s gotten a great deal of publicity already, A Brony Tale. It’s about men (and a few women) who’ve made a cult out of TV’s My Little Pony. It screens twice on the festival’s last day but you might want to get tickets early because it’s definitely 20% cooler.

These choices are all from the first week but check out more yourself in the attractive catalogue or at the website: www.doxafestival.ca

1971: This might be my favorite so far. It presents a piece of history like a movie, a heist thriller perhaps or, as one speaker says, like a spy novel.

At the height of the Viet Nam war a group of activists in a suburb of Philadelphia broke into an FBI office, stole files and sent copies to the Washington Post and other newspapers. Shades of Edward Snowden and Bradley Manning. What was revealed was proof of an illegal program by J. Edgar Hoover’s FBI to spy on protesters, students, even a Kennedy and Martin Luther King. The activists were never caught and in this film speak publicly for the first time, explaining why they did it and how. The film illustrates with tense re-creations and great news clips from the time.

DAMNATION:  This is intensely relevant in BC as we’re debating Site C and looking ahead to renegotiating the Columbia River treaty with the US. It looks at the damage done by dams to the rivers they’re on and to the fish in them. Since the advent of a dam building mania that started over 100 years ago, more the 75,000 have been erected, many are now obsolete and a few have been taken down. The film documents a movement that has grown to decommission more. One politician calls them “a lunatic fringe” but the film states their case clearly and logically. It concentrates on salmon and steelhead and leaves that other problem, silt accumulation, to almost an afterthought. But as an exposé of environmental destruction and sometimes “cultural genocide,” it is extremely well-researched.

CRAZYWATER is a new NFB production that looks at the effect of alcohol among aboriginals in Canada. It’s the most intimate study I’ve seen outside of a few fictional films. There are stories of hairspray and solvent drinking in Inuvik. A woman in Vancouver tells how her children saw her “turning tricks” to support her habit. Many of the most moving stories are from right here, in Oppenheimer Park, at Cordova and Heatley and at the Union Gospel Mission. A man recalls, at age six, searching for his dad to ask him to come home.  The film starts with grim stories, tries to explain why they happen (lingering effects of residential schools and loss of culture are prominent) and builds to a hopeful ending.

THIS AIN’T NO MOUSE MUSIC: Definition: bland music that’s “cheap, not real.” It’s the term you’ll hear from Chris Strachwitz, the German immigrant who fell in love with American roots music and for over 50 years has been promoting it on Arhoolie, the record company he started in California.

He discovered blues great Mance Lipscomb, explored Cajun, Appalachian and Mexican music and was the first to record Country Joe and his Fixin’ To Die Rag. He also made films to showcase the artists and there are generous examples here including a wonderful zydeco toe-tapper from  the Savoy Family. Ry Cooder, Bonnie Raitt, others and, of course, Chris himself talk about his influence and stories behind the music you hear.

PETE SEEGER: A SONG AND A STONE: In honor of the legendary folk singer and activist who died just recently, DOXA has dusted off this 1972 documentary. Seeger was at his prime, as you’ll see from many concert clips, protest rallies and just being himself. In whole or in part, there are some 30 songs,  including a stirring We Shall Overcome at a march in Washington. A highlight is his backstage jamming with Johnny Cash who fought to have him on his TV show despite the blacklist he was under.  Seeger seems ever optimistic in this film, never getting angry and slipping in his political thoughts very gently.

NOSTALGIA FOR THE LIGHT: Also out of the archives, this 2011 film takes us to the driest place on earth, the Atacama Desert in Chile. 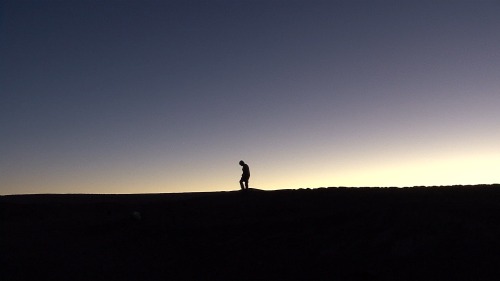 Astronomers watch the heavens from there. Archeologists find 3,000-year old rock drawings from ancient caravans. And women search for human remains. In the 1970s, the Pinochet regime turned an abandoned mining complex into a concentration camp for political prisoners. Many were never seen again. The film is a dissertation on memory and the past. It’s lovely both in its pictures and its intelligence.