Spider-Man swoops back; Joe is a backwoods gothic and DOXA’s documentaries enlighten 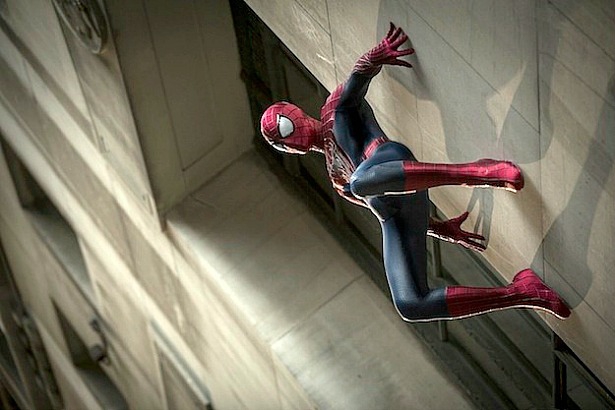 Too many villains keep Spider-Man hopping in his latest movie.

Doesn’t the summer movie season usually start in late May? Didn’t Captain America already kick it off almost a month ago and is Spider-Man giving it another kickstart now? One thing is for sure, hardly any film wants to go up against him so the documentaries at DOXA get some extra and deserved attention.

THE AMAZING SPIDER-MAN 2:  Good to see they’ve avoided some of the problems I had with #1. There’s a better balance this time between the action scenes and the romantic story.  The 3-D looks better and brighter. There’s more humor and the film is generally more fun.  However, that only elevates it to slightly better. Among the problems: it’s too long; there’s one too many super villains and the story often feels disjointed and overcrowded, thereby impeding any emotional involvement. Fanboys will probably enjoy it; others will feel like outsiders looking in. 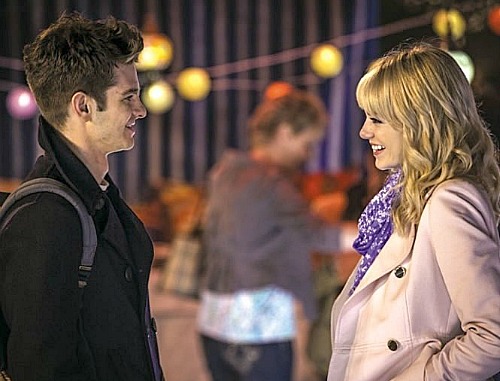 Andrew Garfield and Emma Stone are back as Peter Parker (Spider-Man when dressed right) and his girlfriend Gwen Stacey. They’re a sweet couple but don’t generate any heat. His search for answers about his father who disappeared is back too and generates a fairly involving mystery.  And there’s a parallel father-son story around an old friend he hasn’t seen in 10 years, the heir to the OsCorp industrial empire. Played with upstaging vigor and petulance by Dane DeHaan, he turns into the Green Goblin when Spider-Man refuses to share his atomically-mutated  blood. Meanwhile, a worker (Jaime Foxx) falls into a vat of genetically-altered eels and comes out as Electro and causes chaos in Times Square. Paul Giamatti plays a third villain, also a menace in the streets of New York.  Canadian Colm Feore plays a relatively-normal sinister executive scheming away in the OsCorp board meetings. 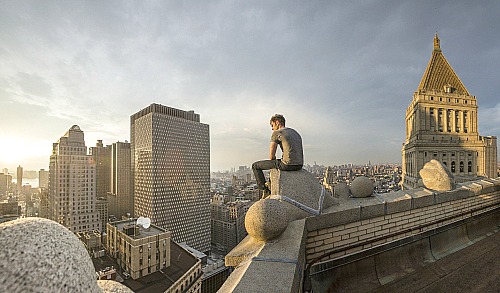 There are great special effects here, created in L.A. and Vancouver. Spidey swoops joyously among the high-ride buildings. Holograms welcome us into one building. There’s a terrific information search on a desktop that works like the screen of a smart phone. And, of course, the usual bashing about the streets by trucks, buses and at one point about a dozen cop cars crashing into a pile. This is the second Marvel Comics movie this year; there are two more coming and judging by the hints in this one, more Spider-Man films already planned.  (Scotiabank, The Dolphin, The Dunbar and pretty well everywhere in the suburbs)  3 out of 5

JOE:  Here’s another Southern gothic; even stronger than Blue Ruin from last week because these people are mired in a bog of hopelessness and don’t know how to pull themselves out. Most of what they try just makes their situation worse. And yet, for us, it’s compelling to watch. Their lives in rural Texas are  vividly depicted and Nicolas Cage reminds us how good an actor he can be.

He’s Joe, an ex-con (unjustly he claims), client of the local brothel and now the boss of a crew that poisons trees. (Lumber companies can’t cut them unless they’re dead.)  He becomes a sort of surrogate father to a teenager (Tye Sheridan, as natural as when he befriended Matthew McConaughey in Mud) who comes around looking for work. Joe explains for instance how a cigarette lighter can lure girls and even lets the boy’s perpetually-drunk father work there.  He’s got control issues though. “What keeps me alive is restraint,“ he says. “It keeps me from hurtin’ people.”  Well, you know where that’s going to go. The film is gritty, completely unsentimental and not at all judging as it explores the everyday struggles of these white trash. The characters make it work. There is restraint in Cage’s performance. Also notable is a local homeless man who plays the drunk. He comes off as real because he was. He died not long after.  (Abbotsford Town Centre and video on demand) 3 ½ out of 5