THE WHALE AND THE RAVEN: Our beautiful British Columbia coast up there on the big screen is majestic, inspiring and threatened. Listen to the hydrophone for the sound of whales communicating (and individually identifiable) and then hear the sound of a tanker ship still far away but already a nuisance. You can hear these ships from around a corner, says researcher Herman Meuter.  He came here from Germany in 1992. “I could wrap my life around whales,” he says.  Occasionally they surface and “blow” just out there in the bay which another researcher, Janie Wray, describes as “one big bowl of whale food”. 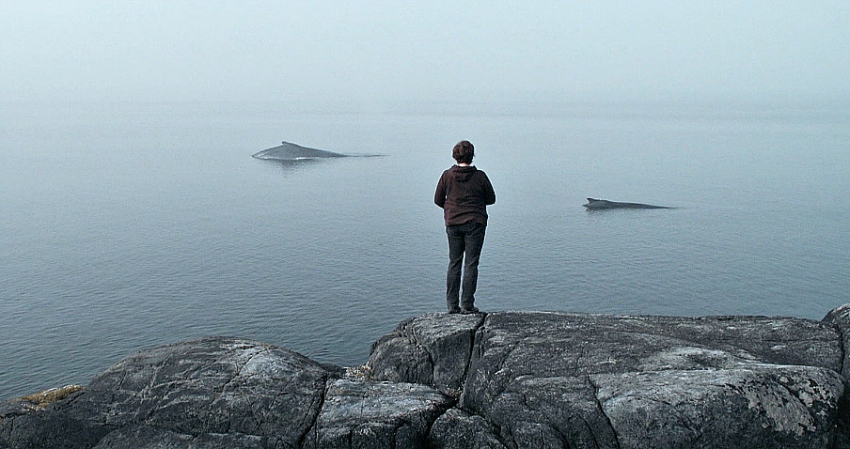 At the nearby Gitga’at First Nation we hear stories about them (and the other clan, ravens) that have been told forever. One is illustrated with animation. Today’s stories are about opposing energy projects that bring more tanker traffic. The Enbridge Pipeline was successfully fought off but LNG, “the largest private investment in Canadian history” is coming. I like this characterization heard in the film: “People with no connection to the land making decisions about land that doesn’t belong to them”. The film, by Mirjam Leuze, a cultural anthropologist from Germany, promotes a deep respect instead. It screens Fri night and Sun afternoon.

CLIFTON HILL: Here’s a Canadian film that really entertains. It’s a film noir with a mystery that has to be unraveled and truthful portrait of an iconic Canadian location: Niagara Falls. At least it feels real to me both from having lived near there many years ago and from a couple of recent visits when I saw it as the chintzy tourist town it really is. The film plays on that quality. A woman (Tuppence Middleton) returns there to handle the sale of her family’s motel and keep it from a developer who wants to turn it into a glow-in-the-dark mini putt. (How Niagara Falls that would be).

Being there triggers an old memory: a possible abduction of a young boy she witnessed years earlier. She noses around to find out what really happened and it becomes quite an obsession. It brings in David Cronenberg as a teller of local history and a podcaster, a family of Quebec magicians who performed in the area, led by Marie-Josée Croze, and suspicions about shady real estate dealings. It all works; it breezes along, twists with surprises and you’ll be enthralled. The story is credible too; Albert Shin, the Toronto-based writer-director, based it on an actual incident he thinks he saw as a child. Mysterious.  See it this afternoon (Fri) at 4:15.

CHERRY BLOSSOMS & DEMONS: German director Dorris Dörrie had a very popular film at VIFF 11 years ago called simply Cherry Blossoms. You don’t need to have seen it to appreciate this sequel but it helps. For instance, you’ll need to know why a Japanese performance artist, played by Aya Irizuki, is in it, having come to Bavaria all the way from Japan. She thoroughly charmed a German man who had come to Japan (and anybody who saw the first film) that’s why. So we needed her back again. She represents a symbolic cultural link between the two countries, a particular interest of Dörrie’s. 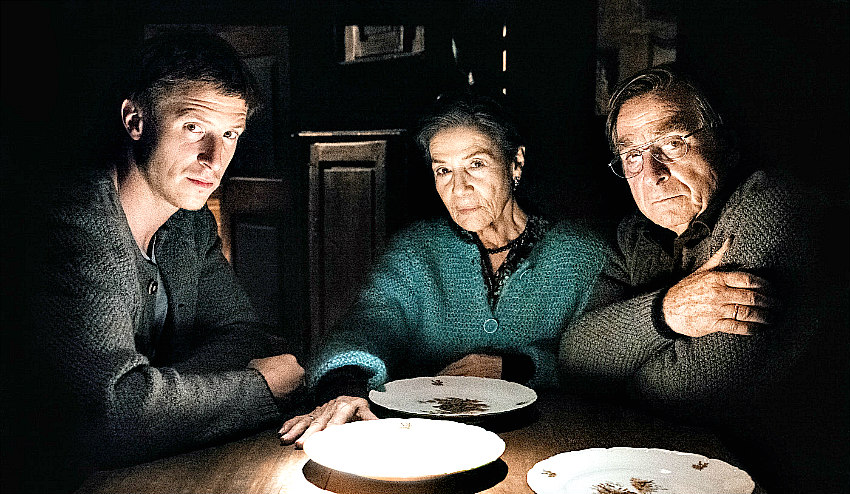 In other ways though the film feels strained. It visits again with the man’s family (the parents only in flashbacks; they died in the first film) and focuses most on their eldest son Karl, played by Golo Euler. He was also in Japan but not in touch, having, we now learn, run away to there. He’s trying to work out those demons in his life now that he’s back. Turns out they’re not just personal. The dad had been a Nazi supporter; that was never talked about in the family. A young cousin has joined one of the new hard-right parties. He even drew a swastika into his forehead. Harsh parenting is another issue. The first film didn’t mention these; now they feel tacked on as Dörrie addresses the demons of not just one family, but her entire country. She’ll be in attendance and may explain.  (Fri evening and Sun morning)

A VOLUNTARY YEAR: This is a very good film from Germany, vibrant with life, speedy and involving. Best of all it feels like we’ve stepped into a story by chance and nobody stops to tell us what’s going on. We do the work ourselves and bit by bit get it all. It has young love, an amusing road trip and a clever twist on a disagreement that’s not unfamiliar in the movies. It all takes place in one day. 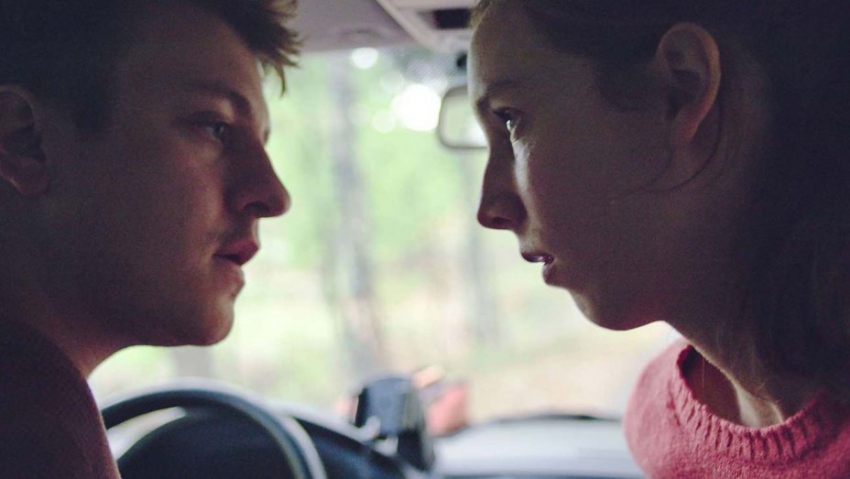 Jette is being pressured by her dad to fulfill a commitment she made to do volunteer work in Costa Rica. She doesn’t want to leave her small town. When her boyfriend Mario takes a wrong road into the airport and bangs up a rooftop carrier, she misses the plane and they’re off on their own. They have to avoid dad, elude three guys who they fear might report them to dad, drive dark country roads, get stuck in mud, get playful in the vehicle and pile up incident after incident and a lot of phone calls, both made and received. It all moves fast, but not frantically as so many young comedies do these days. But it does build a fairly full picture of a young woman said to not know what she wants but ready to go off on her own any time she’s displeased. Newcomer Maj-Britt Klenke is fine playing the young woman so unacustomed to asserting her independence. Veteran actor Sebastian Rudolph plays her controlling father. This film is a delight. Perfect for Saturday evening.