Silly fun with Ant-Man; off-the grid emotions in Leave No Trace and a quirky feminist western 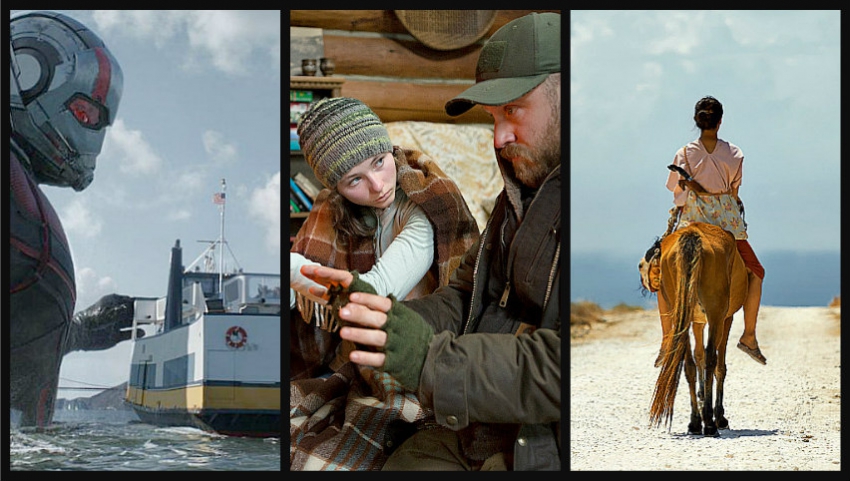 Also two of the best of Hot Docs: one placid, idyllic; the other harsh and angry and a pot-fuelled trip starring Christopher Plummer

Besides the latest huge film from Marvel and some highly recommended smaller titles, you’ve got a short festival of documentaries to look over this week. They’re the best of Hot Docs playing now and through the weekend at the VanCity Theatre.

And if that’s not enough, there’s a festival of Korean films coming to the same theatre starting this coming Thursday. I won’t have time to do much with it but you can. Check out what’s offered by visiting https://www.viff.org/ . Korean films are known for innovation and spirit.

Right now, these are new in town:

Ant-Man and the Wasp:  3 stars

Marlina the Murderer in Four Acts:  4

Hot Docs: The Accountant of Auschwitz: 4

ANT-MAN AND THE WASP: Here’s some great summer fun for you, although some of the logic may get away on you. That’s not too unusual. These are comic book characters after all, with fantasy powers that defy the laws of physics. Ant-Man for instance can shrink himself as tiny as an insect or grow as large as a giant. That’s thanks to a special suit he stole a couple of films ago and he does both repeatedly in this one. 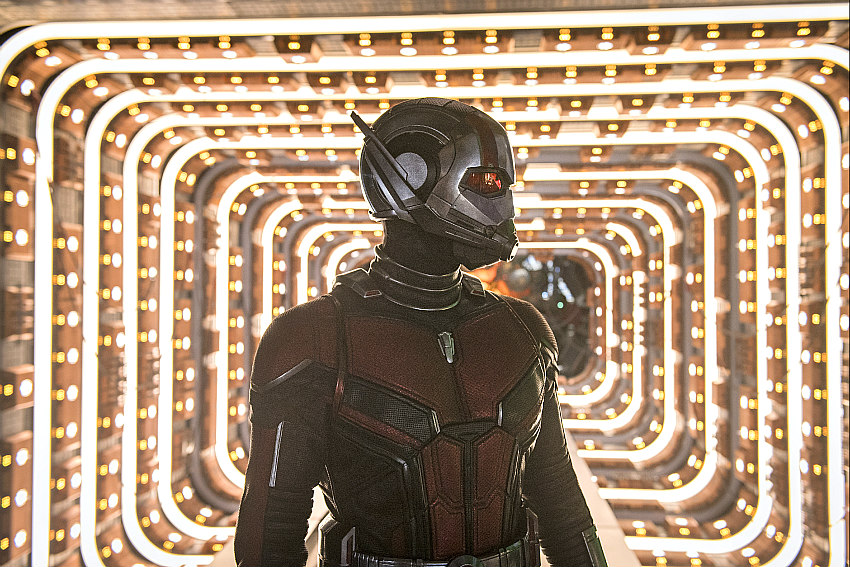 At the start we find him under house arrest because in another earlier film, he had violated an international super heroes protocol. Paul Rudd has the right casual tone for this single father who is not at all courting trouble but drawn into it anyway. Michael Douglas, as a scientist, and Evangeline Lilly, as his daughter, another size-shifting character called The Wasp, recruit him to help find Michelle Pfeiffer, the original Wasp. She disappeared into the “quantum realm” a few decades ago but may still be alive. That’s exactly where the logic gets flakey but don’t worry about that, or about the multiple story strands that reach into other movies. Only the real Marvel fans worry about all those connections. 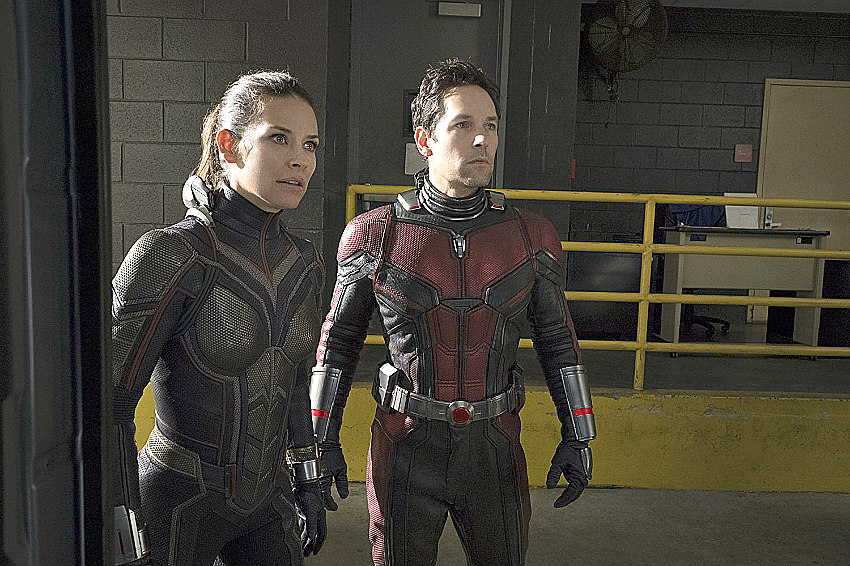 Enjoy the energy here; the breezy atmosphere, the marvelous special affects and design and most of all the humor. There’s lots of that. At key moments Ant-Man can’t make the size-change he needs. In one scene, on a turnpike, he looks like a kid playing with toy cars and watch for a motorcycle taken down by an oversize Pez dispenser. It’s silly but entertaining.

Two others are trying to get hold of Douglas’ lab (which is housed in a building that can be shrunk too, as small as a carry-on bag at times). One is an unctuous dealer in black market technology (Walton Goggins); the other is The Ghost (played with just the right touch of bitterness by Hannah John-Kamen). Scientific experiments have made her image unstable. She fades in and out and can’t control it. That’s comic-book quantum mechanics; don’t sweat it. Notice instead, there’s nobody trying to destroy the galaxy or even just control the world. That’s something, isn’t it? (5th Avenue, Scotiabank, Marine Gateway and many suburban theatres) 3 out of 5

LEAVE NO TRACE: Staying independent despite the odds is the recurring theme in Debra Granik’s films. Last time, with Winter’s Bone, she earned Academy Award nominations and made Jennifer Lawrence a star. This time she distills the subject down to its simplest and purest form and succeeds in giving us a true picture of America. It’s based on a story that really happened although it’s taken from a novel that speculated on the details. The film is immensely involving as we spend time with a father and his teenage daughter who live far off the grid—in a wilderness park near Portland, Oregon—and resist all the forces trying to draw them back into society. 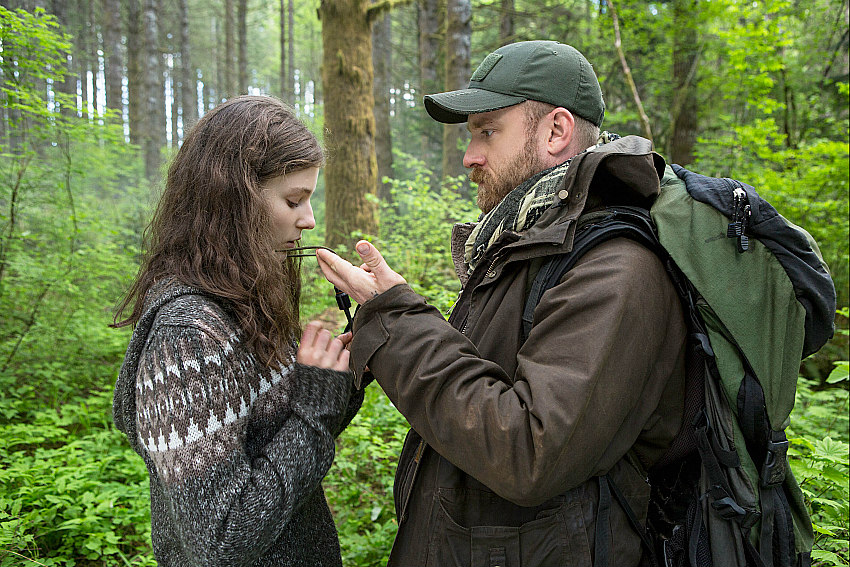 They sleep under a tarpaulin roof; cook on an open fire and go into town only for groceries and to get his veteran’s check and PTSD meds. He (Ben Foster) is stoic but apparently troubled. He home schools her to keep her away from the corrupting influence of other people. She is played with a completely natural air by Thomasin  Harcourt McKenzie, new to us but well-known in New Zealand, where she’s from. The bond between them is strong but their living conditions can’t last. They’re discovered, examined, analyzed, separated, re-joined and given refuge in an RV park. She’s changed by it all. The outside world attracts her now. Do they go back to the wild? The growing divergence and the outcome are heartrending, and superbly acted, directed and photographed. The main financing came from the Burnaby company Bron Studios. (International Village) 4 ½ out of 5

MARLINA THE MURDERER IN FOUR ACTS: If you’re in the mood for something utterly different, try this. It’s beautiful and entrancing, grisly and funny, and carrying a punch of feminist revenge but in a surprisingly light-hearted mood. Or think of it this way: a film from Indonesia that plays and often sounds like a spaghetti western mixed with a lot of Kill Bill. It’s so eccentric you’ll sometimes wonder if it’s serious, or maybe a send up. Its message is real. 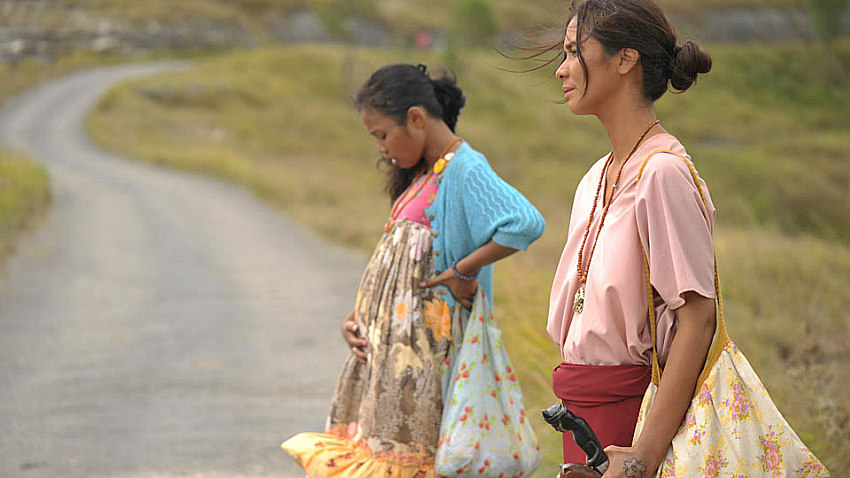