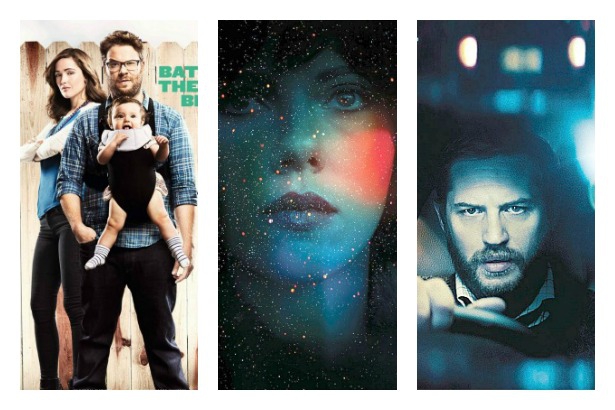 Also, there are those fans of My Little Pony? Read about their obsession.

Two films this week push the usual boundaries in filmmaking. One doesn’t explain much; the other is all on the phone. Read why they work beautifully anyway. Also get angry at the food industry with Fed Up and taste a few more documentaries at DOXA.

NEIGHBORS: If it weren’t so funny I’d have to pan this one for immaturity and a few gross bits. But it is; not on a classic level but as a heading-into-summer one-time diversion that won’t occupy your brain for too long. It’s the latest from local guys gone Hollywood, Seth Rogen (starring) and his buddy Evan Goldberg (producing) although they didn’t write this one. 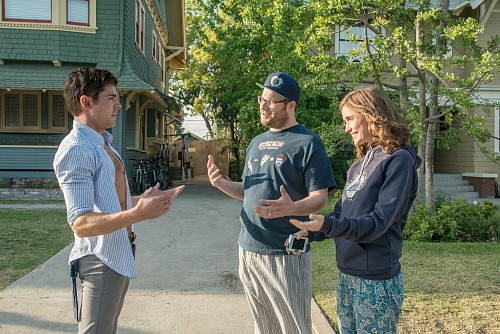 Seth and Rose Byrne play a couple with a new baby, considerable unease about this parenting thing and new neighbors who might prove to be annoying. It’s a university fraternity that’s moved in. Zac Efron, as the leader, agrees nicely to keep the noise down but also dreams of staging an epic party that will go down in history. The two households are soon trading pay-back pranks and acts of vandalism. Most of them are funny, although a penis obsession at the frat house and a lactating-mother sequence at Seth’s place are unnecessarily coarse. Among the good parts, Seth and Zac’s fight which is hilarious because it’s so inept, a clever sequence with a Robert De Niro-themed party, and Lisa Kudrow playing a university dean concerned only with public relations. (Scotiabank and many suburban theatres)  3 out of 5

UNDER THE SKIN: This is one of the creepiest movies I’ve ever seen and I mean that in a good way. It’s absolutely engrossing and hypnotic. It builds deep atmosphere about a young woman cruising the streets of Glasgow for guys to pick up, take home and … Well, it’s not clear. They end up naked; she walks away; he sinks into a liquid black goo that used to be the floor. The script doesn’t tell you much about what’s going on. From the source novel by Michel Faber or from Wikipedia you can fill in this: she’s an alien, stranded on earth; harvesting those human. 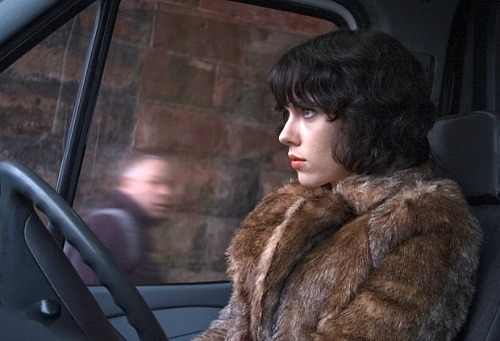 She’s played by Scarlett Johansson with little dialogue but an appropriately otherworldly demeanor, which much of the time means no emotion at all visible on her face. She can’t fit in, whether at a mall, a beach or in the streets, because she doesn’t understand this world. When she does try, it proves a bad move. Her cruising scenes look real because they are. Those are actually men just passing by on the street who she calls over. They don’t know there’s a camera filming them, a device the director Jonathan Glazer dreamt up to get an authentic natural feel. There’s lots of that already in the grey skies, cold streets and the strangeness in Johansson’s performance. You’ll feel just as dislocated as her character but you’ll remember the experience.  (International Village) 4 out of 5

LOCKE: I’m going to call this a must see. Partly for its excellent acting and its engrossing story. Mostly for daring to do something different and pulling it off brilliantly. Steven Knight is the man to thank. He’s the Brit who wrote and directed it. He previously wrote Eastern Promises for Cronenberg and Amazing Grace about the English slave trade. He also created the TV show Who Wants to be a Millionaire. Here his innovative urge has produced a one-man show that tells a wide-ranging story without ever getting out of one car.

Tom Hardy plays a Birmingham construction supervisor driving to London on the eve of his biggest project ever, Europe’s largest non-military concrete pour ever. His bosses expect him to take charge of every detail and flip out when he says he won’t be there. His family expects him home to watch a big soccer game. His wife yells angry when he explains why he won’t be there. The film reveals why quite early. He’s been called to the hospital where a woman he had a one-night fling with is about to give birth. Over the hour and a half his world will fall apart. He’s a decent guy, usually in complete control but now under pressure from every direction as a result of one mistake. It all plays out in telephone calls that he gets from or places to people in all three corners of his story as he drives through the night-time lights of the motorway. A captivating film.  (5th Avenue Cinemas) 4 ½ out of 5

FED UP:  Don’t let me discourage you from doing your daily exercises, but this film suggests they won’t keep you thin. It seems that the calories in, calories out theory is all wrong in weight control. It’s pushed by the food industry to make you blame yourself if you get fat. Actually it’s the industry that’s to blame, according to the thesis expounded here.  Food companies are causing an obesity epidemic by adding sugar to their products, often under thinly-disguised names. Sugar goes straight to the liver, causes a series of reactions and produces fat. That’s a much-simplified version of the scenario outlined in this extremely well-researched film, narrated by TV journalist Katie Couric and featuring a host of experts (even  ex-President Bill Clinton) and several plus-sized victims telling their stories.