Selma, Inherent Vice plus Canada’s 10 Best and a festival of Italian films 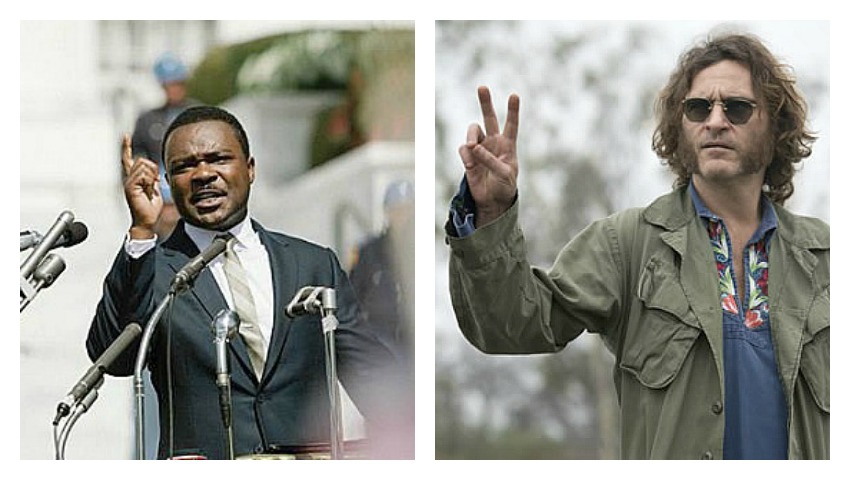 A civil rights campaign led by Martin Luther King is recreated in the most prominent of the week’s new films.

If you’re still following the saga of The Interview, the locally-created assassination comedy by Seth Rogen, here’s the latest. It will now play here in Seth’s hometown. The Rio theatre is showing it Sat., Tues. and Wed. That’s a good fit, although I would have thought many of the patrons over there had already downloaded it by now.

These are also new:

A Five Star Life (part of the Italian Film Festival):  3

SELMA: The first political demonstration I was ever in was about Selma. Down in that small Alabama town, people marching for their rights were attacked by the cops and a few hundred of us staged a sit-in at the usual place, the sidewalk in front of the American consulate in Toronto. The outrage was worldwide that spring in 1965 because the beatings were seen on TV.  Vancouver open-liner Pat Burns rushed down south and sent frequent reports to CJOR radio. This film tells the story again, probably the first time for many people and it’s a grand history lesson, not perfect but surprisingly sophisticated in outlining the various forces at play. 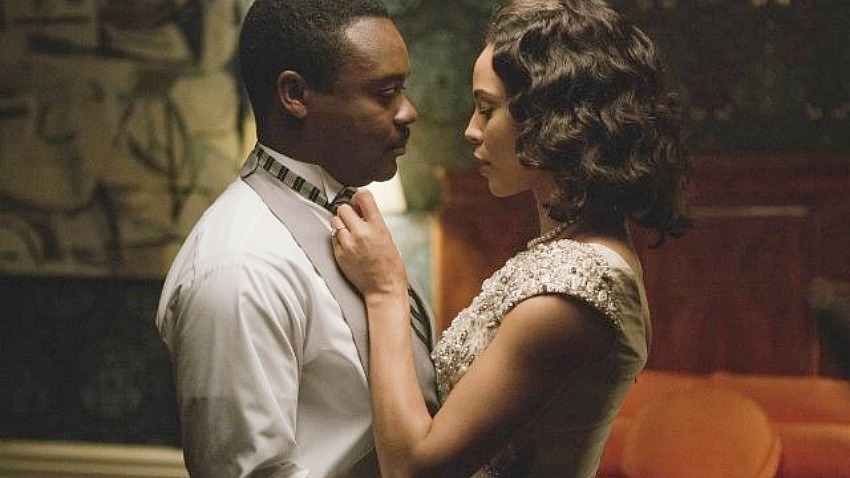 Number one was Martin Luther King, recently awarded a Nobel Peace Prize and ready to lead his next civil rights campaign. He chose voting rights for black people, which existed officially but were often denied by bureaucrats. Unlike the community organizers in the Student Nonviolent Coordinating Committee, he had a “resist to provoke” tactic.  Malcolm X was touting “by any means necessary” and LBJ in the white house asked King to wait. Instead, he organized a 50-mile march to the state capital but it took three tries and a court case to get there because Gov. George Wallace and county sheriff Jim Clark did feel provoked. 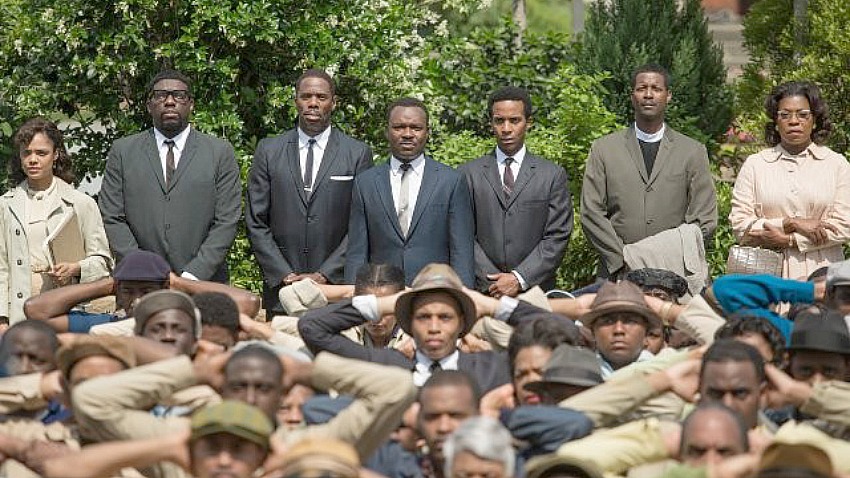 The film shows the beatings and whippings in painful detail, as well as the racism spouted by people on the edges. But it has far more time for the behind-the-scenes action, the debates over strategy, including a short but key talk about the need for economic equality, King pressuring LBJ (stronger than seems likely and) and the president dealing with Hoover of the FBI and Wallace. The film is probably wrong in suggesting LBJ opposed King’s movement but gets much else right. Many of the actors get their characters right too: David Oyelowo as King, Carmen Ejogo as his wife Coretta, Stephan James, of Toronto, as John L. Lewis, even Tom Wilkinson as LBJ. Tim Roth and Dylan Baker are distracting though; they look nothing like Wallace and Hoover. The film is most alive during several fiery and inspiring speeches by King. Odd to say: they’re not his words. The filmmakers didn’t have the use to use them and wrote their own versions.  (International Village and suburban theatres) 4 out of 5

INHERENT VICE: We haven’t seen a Paul Thomas Anderson film this loosey goosey since Boogie Nights. His recent ones were There Will Be Blood and The Master. The difference will delight some but as my wife put it, this new one is like fast food; tasty but without anything much that lasts. It ambles around the San Francisco area in the early 1970s like its main character, Doc—in a perpetual marijuana haze. The story line that starts it isn’t the one that eventually gets resolved. Characters come in and drop out. There are dead ends and goose chases. I eventually concluded that the plot isn’t what we’re here for. The fun is in the entire cultural scene the film puts before us, assembled from oddball, often funny incidents and people and scattered bits of political commentary. They don’t fit together properly but then the Thomas Pynchon novel they come from is apparently like that too. Anderson seems to have caught his spirit exactly. 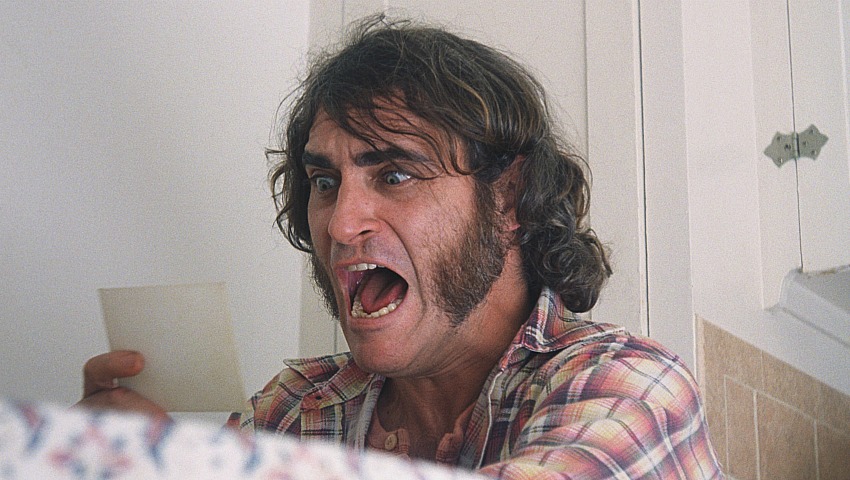 Joaquin Phoenix plays Doc, a pothead who’ll work as a private detective if asked and when his ex arrives talking of a plot involving her property developer boyfriend, his wife and her lover, he agrees to investigate. In no time at all, the developer has disappeared, Doc has been accused of murdering his bodyguard, a police detective (Josh Brolin) has slapped him around,  and various characters like Nazi bikers, FBI agents,  tax-sheltering dentists (i.e. Martin Short) and a mysterious ship have entered the picture and may, or may not, have something to do with something. Doc, meanwhile, becomes occupied looking for a missing saxophone player (Owen Wilson). The look of Southern California back then is nicely re-created. There are digs at Reagan and Nixon, the world of business and right-wing politics in general but what does it all add up to but temporary fun? Phoenix and Brolin are perfect in their roles. (5th Avenue, International Village and a few suburban theatres)        3 out of 5