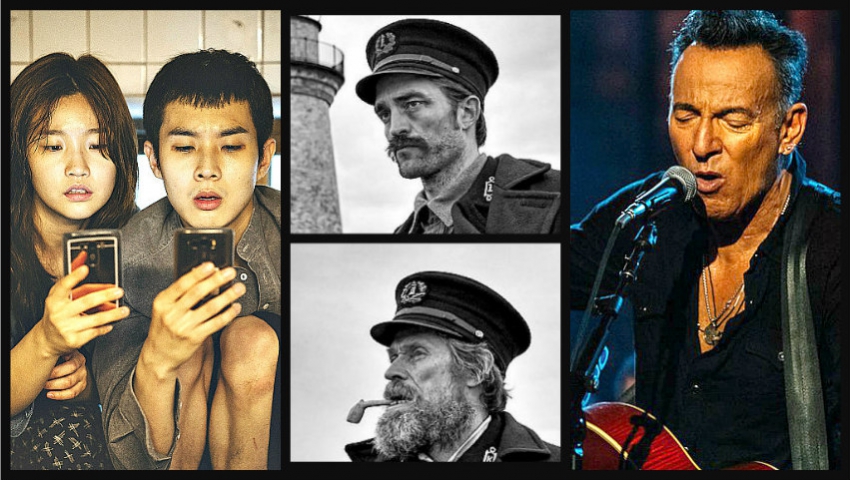 Also: catching up with Monos and checklisting horror films for Halloween

The SPARK ANIMATION FILM FESTIVAL is on through the weekend. Just like the industry here in town, the festival keeps growing and the highlight this year is the participation of one of the top creative types at Disney. Chris Buck directed the mammoth hit Frozen, and the soon-to-arrive sequel, Frozen 2 but on Saturday he’s bringing the one that won him an Oscar, Tarzan, for a 20th anniversary screening.

In another session the work of another Disney artist, the famed  Ub Iwerks, will be discussed by his son and granddaughter.

Among other highlights there’ll be a screening of The Butterfly Affect. This one is interesting because it’s completely local and the first result of a program to promote gender equality in animation. Five women were chosen last year, mentored and given financing to create a film, which they’ll premiere Saturday afternoon.

There’s much more. You can see the whole schedule at http://sparkfx.ca

Down below I’ve got a guide to this year’s horror films for Halloween and these reviews:

MONOS: I missed a few films when I was away last week but this one I wanted to catch up on. It plays again Monday at the VanCity Theatre. It’s highly involving and beautifully crafted but it’s up to you to figure out what it is. It’s not another Lord of the Flies to which it refers a few times but maybe a cousin. The youths are older in this one; they’re a small troop of soldiers, disciplined and organized by a drill sergeant on a mountain somewhere. We don’t know where, but most everybody speaks Spanish and the director, Alejandro Landes, is based in Brazil but originally from Columbia. It’s from such bits of data that you try to make it out.

The eight teens have a hostage, an American played by Julianne Nicholson. We don’t know why or what they’re supposed to do. They’ve taken names like Rambo, Swede, Bigfoot and Smurf and spend their time playing, swimming and shooting their guns for fun.  They have a strange birthday celebration (they whip the guy). The sergeant gets orders on the radio from something called The Organization so we know there’s somebody in charge. But the radio gets destroyed in a fit of anger and the hostage gets away. They have to go after her. So there is a story line even if the explanations are missing. Maybe it’s enough just to expose the shameful exploitation of child soldiers. It does that and the sharp direction, music and sound design help tremendously. It won a big award at Sundance. (VanCity) 3  out of 5

PARASITE: There’s a reason why you’ve seen so much written about this film. It’s one of the best of the year. It’s a comedy (initially), a social commentary about class differences (all throughout), a delightful story about a clever deception and finally, after a sudden twist, a ghost and a horror story with some bloody action. Surprisingly it all fits together and doesn’t feel contrived. But as a caustic view of modern society anywhere, not only in South Korea where it’s from, it provokes and entertains. It’s won awards at film festivals, including the top prize at Cannes and the People’s Choice at Vancouver and Korea is sending it to the Academy Awards. 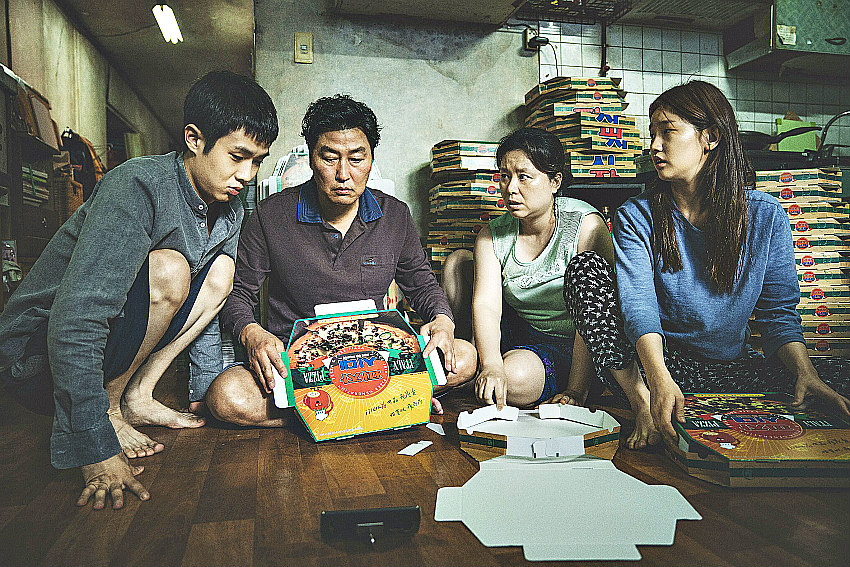 Basically, we’re watching two families, one poor, the other nouveau riche and annoyingly entitled.  A son from the first gets a job tutoring a daughter of the second and sets in motion a scheme to get a job there for every member of his family. Some of that is easy while it takes some complex (and very funny) machinations to replace the housekeeper and the driver. The rich family is clueless and self-absorbed; the poor ones are clever and feeling so pleased with themselves that they imagine they can take over the whole house. Then the twist: the housekeeper returns, says she forgot something and reveals a complete underside to the story. It changes everything and yet feels right. Deft directing and co-screenwriting by Bong Joon Ho makes it all work tremendously well. You’ll remember him from his other hits, The Host, Snowpiercer and Mother. (5th Avenue, International Village) 4 ½ out of 5