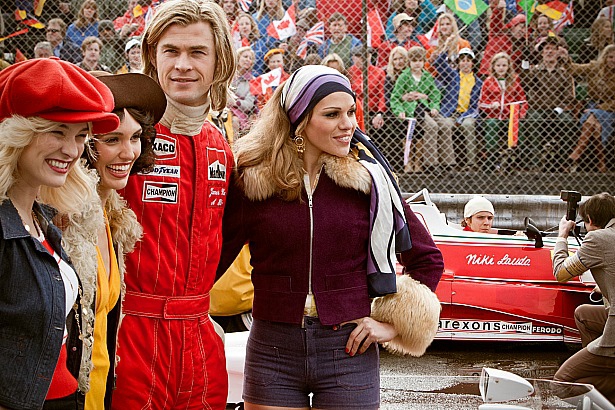 Fun-loving men vs  methodical plodders. Rush plays out the mythic contest on and off the race car track

Wouldn’t you know it. Just as the film festival starts up, several very good films arrive in the regular theatres. Plus a couple sure to be popular with select fans. Who has that much time?

RUSH: You’d be wrong to pass this one up because it’s utterly exhilarating.  And you don’t have to be a car racing fan to enjoy it because that’s just the backdrop to a mythic confrontation of opposing personalities.  The fun-loving playboy versus the plodding hard-worker who plans it all out and heads to it methodically.  It’s a choice many men find they have to make (or wish they could make) and this film resonates for anyone with those feelings. 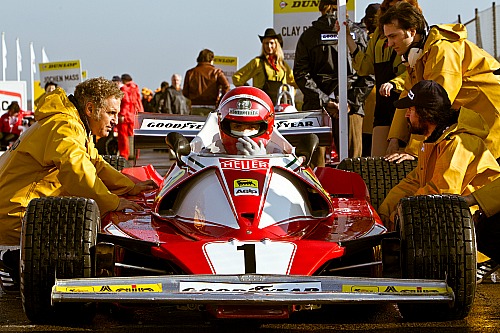 The occasion is a legendary 1976 Formula One competition between England’s James Hunt, played with egoistic glee by Chris Hemsworth and Niki Lauda, the Austrian obsessive impersonated in a subtle acting performance by Daniel Brühl. He gets most of the best lines here, mostly acerbic zingers defending himself or directed at Hunt, who has his own compensation in that he gets to have sex with nurses and flight attendants. Peter Morgan did a masterful job in his script bringing out the rivalry between the two men as well as the off-track respect, just short of camaraderie. Ron Howard directed both the dialogue and the racing scenes (some of the most exciting I’ve ever seen) with his usual crowd-pleasing flair. It’s top notch mainstream filmmaking. And of the two personalities, which wins out? The answer, ironically, looks like a draw to me.  (Scotiabank and many suburban theatres)  4 out of 5

ENOUGH SAID: These are bad times for romantic comedies. They keep coming but they’re often about vapid, juvenile people who have too much sex and swear all the time. Well, here’s one to cherish. This one is for and about adults, written and directed by Nicole Holofcener who has a good ear for mature ideas and starring two TV icons. James Gandolfini, in his second-last movie, plays an easy-going teddy bear of a man, apparently close to how he really was and quite unlike his Tony Soprano. Julia Louis-Dreyfus, who just matched Lucille Ball for Emmy wins, shows her familiar squinched-nose comic style, not unlike her Elaine on Seinfeld. They portray lovers on the rebound after divorce. 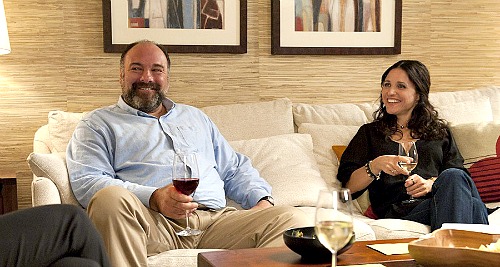 They meet at a party and slowly and cautiously build a relationship. But, at the same party she also meets a self-possessed poet (Catherine Keener) who buys her services as massage therapist and goes on and on about the failings of the man she divorced. You don’t need a book on romantic comedies to see where this is going. The man she’s trashing is the man Julia is seeing. Of course it leads to a break up but what then? The film is very funny; full of witty lines and not one of them forced. James and Julia are relaxed and easy playing recognizably-real people and there’s a recurring sub-plot about single mothers and their daughters.  That’s almost as anxiety-prone as the main plot but also played out  with a comfortable ease. (5th Avenue, International village and three suburban theatres) 4 ½ out of 5 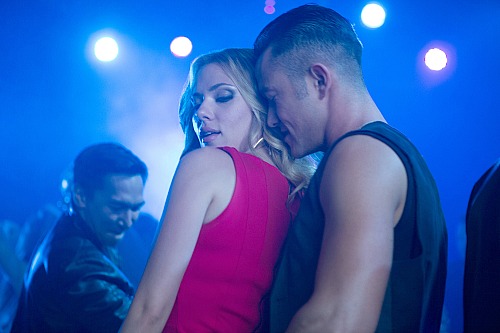