Romance under stress, Nicole Kidman with a different look and the King Arthur story for modern kids

THE KID WHO WOULD BE KING: This one is perfect for young boys (or girls), maybe 9, 10, 11, or anyone who can remember being that young. We used to get films like this in the 80s, The Goonies, and such but this one comes with a modern sensibility, and even some dread about the state of the world right now. Just some, though. It’s an adventure at heart that takes a young boy and his friends out of the school they attend –bullying is a peril that has to be overcome—and into a surprise encounter with ancient magic and legend. 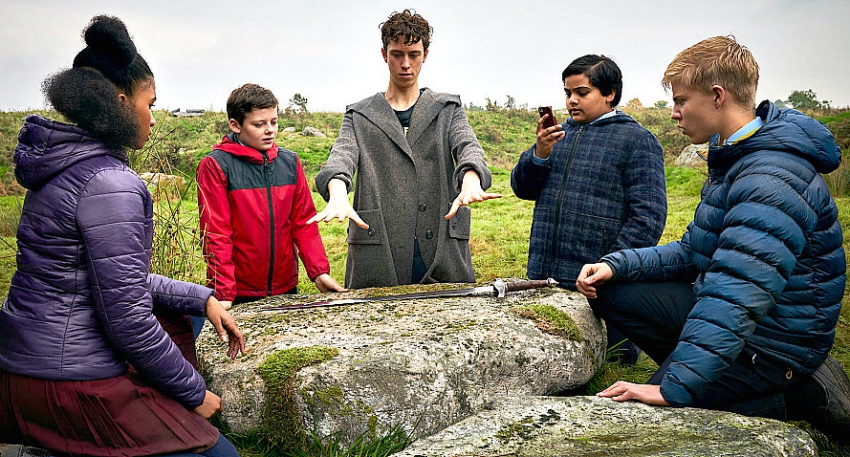 Alex (Ashbourne Serkis, Andy’s son) outruns some bullies, hides in a demolition site and finds a sword stuck in a building block. It’s Excalibur and Alex is off on an adventure. He has to save the world from Morgana, King Arthur’s evil half-sister, who is plotting her escape from the underworld. He’s coached by Merlin, young version played by Angus Imrie, and mature version, later, by Patrick Stewart. Also along are the two bullies who Alex is urging to improve their ways. In school these boys are told they can’t do anything to change the world. They quickly learn they can, and must. They discuss ideas like the code of chivalry, adopt practices from King Arthur’s time and make their long way to the island where Arthur was born and on to a showdown.  There’s a great sequence coming of hundreds of kids in armour protecting their school. The film is by Joe Cornish, the English filmmaker known for his breakout hit Attack the Block from eight years ago. He writes a lot and occasionally directs. This is his second and quite likely a classic. (International Village, Marine Gateway and many suburban theatres) 3 ½ out of 5

RACETIME: A Canadian classic, The Dog Who Stopped the War, was remade in animation, re-named Snowtime and became our biggest box-office hit in 2015. So, here’s a sequel, with the same kids but an unrelated story. It’s bright, cheery fun and good for the little ones. There are life lessons like “don’t cheat” and “don’t give up” and luckily a couple of early fart jokes don’t recur or typify the rest of the movie. 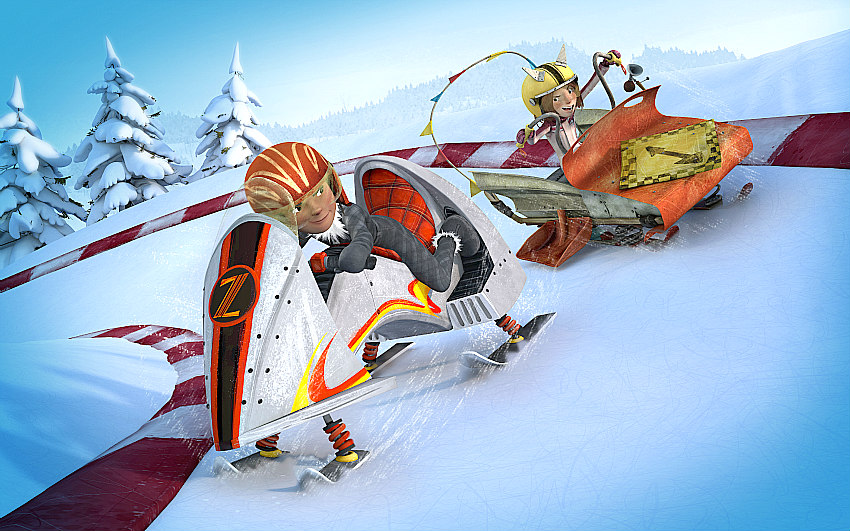 A bunch of kids compete in races down a windey snow course. The action is hyper and the animation is sharp. Then the best sled, built by Frankie-Four-Eyes and driven by Sophie, wipes out. A braggart named Zac wins and the other kids blame each other. But a missing bolt indicates there was cheating and a re-match is organized with no rules, bigger stakes (the rights to a barn to hang out in) and a bigger course (including a theme-park-like loop). More chicanery emerges and arguments flare among the kids about Frankie having agreed to the contest without talking it over with them. They settle down in time for the big race which is spectacular and includes some flying. There are songs by the likes of Cindy Lauper and Simple Plan and lots of color. Mid-level stuff but quite fun. (International Village) 2 ½ out of 5

SERENITY: The name is on the side of a fishing boat and not embedded any other way in this goofy movie. You want logic, this one’s not for you. But it is almost worth watching some time for its odd attributes. The plot for instance. Near the end, it informs you that everything you knew about what was going on, is wrong. The actors, for more cases in point. Anne Hathaway is a non-convincing femme fatale. Jason Clarke is strong but one-note as her abusive husband. (Their son sits at his computer all day as an escape from him). Matthew McConaughey takes tourists out on his fishing boat from a placid island off Florida. He’s back from Iraq with a bad case of PTSD and is on a manic quest, Ahab-like, to catch a fabled giant tuna. Then Anne arrives. 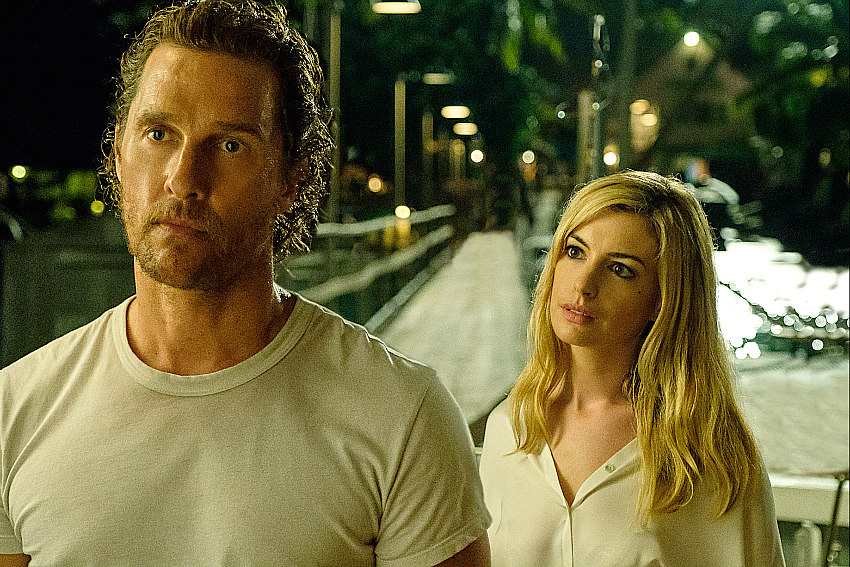 She’s his ex- and wants him to take Jason out fishing and dump him overboard to the sharks. Aha, film noir, like The Postman Always Rings Twice. But not for long. The narrative soon goes overboard. Is it all just in Matthew’s mind? I don’t want to spoil it for you because it’s something far more strange. And unbelievable. This new film by Steven Knight is a misfire when it finally reveals itself. (His last was the vibrant car-phone melodrama Locke). He’ll do better again. (International Village, Marine Gateway and suburban theatres) 2 out of 5