Romance under stress, Nicole Kidman with a different look and the King Arthur story for modern kids 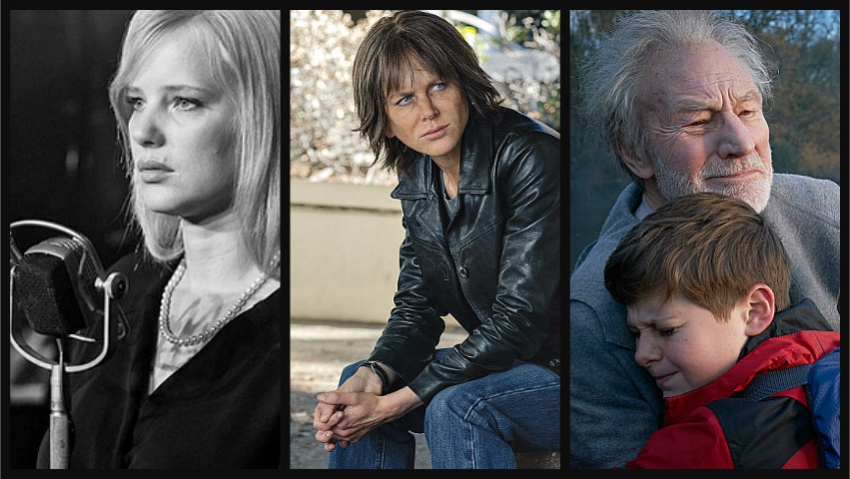 Also some animated fun from Quebec and an inscrutable film with Matthew McConaughey and Anne Hathaway.

I think my biggest surprise with the Academy Awards nominations this week was that two of the best documentaries were left right out. I’m talking about Won’t You Be my Neighbor, the Mister Rogers bio, and Three Identical Strangers about the split-up triplets. They should have been in there. My best surprise was the recognition-- three nominations --given the Polish film, Cold War. My review below explains why.

Besides the new arrivals and the award contenders still playing, you might consider the festival of short films going on tonight and all day tomorrow at the VanCity Theatre. For some it’s a chance to catch work by new filmmakers early. I like the succinct story telling that short films demand. Either way, check out the guide at https://www.vsff.com

And these are those new arrivals:

COLD WAR: What a nice surprise. Three Oscar nominations – best foreign language film, best director and best cinematography—and it deserves them all. This is one of the best films you’ll see this year. It’s highly engrossing, satisfying and deeply romantic. By that I mean not only that it’s a love story at heart but it’ll remind you of the romantic era of old novels and poetry. That’s quite a rarity in itself at the movies these days. In this story, two people, clearly meant for each other, can’t stay together because they are so different. We follow them over a period of 15 years as they repeatedly separate and come back together. 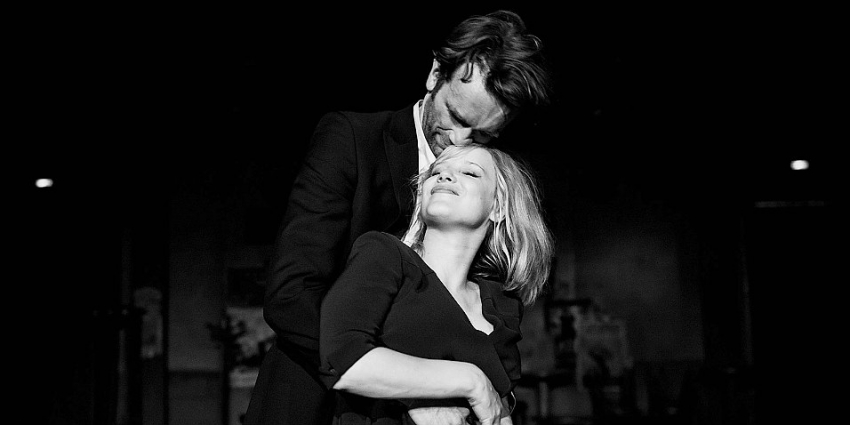 Fine acting by Joanna Kulig as the spontaneous Zula and Tomasz Kot as her musician mentor and lover make you believe they’re real people in love.  But they’re daring fate. They meet in 1949 when she auditions to join a folk music ensemble meant to promote Polish culture but when a Moscow-toadying overseer demands they add social realist songs about land reform and such, they plan to defect. He does and starts playing jazz in Paris. She backs out but does show up years later and sparks their love back to life. There are more splits and reunions which the director, Pawel Pawlikowski, was inspired to write by memories of the “complicated marriage” of his own parents. He’s made a very emotional film, that touches on a large number of issues in these concise 88 minutes (personality, motivation, politics, loyalty and more). There’s lots of music too, often in huge concert halls, and watch for Zula’s free-spirited, drink-fueled dancing in a bar to “Rock Around the Clock.” This is a rich film in a number of ways. (5th Avenue) 4 ½ out of 5

DESTROYER: Whatever else is going on here, your attention will always be on how Nicole Kidman looks. Like death warmed over, some might say. She’s puffy on the face, red around the eyes, under greasy hair and in smelly (probably) clothes. She’s an LA police detective in very bad shape because of an incident 17 years earlier. (To balance the main image, we see her looking pretty and healthy in flashbacks). 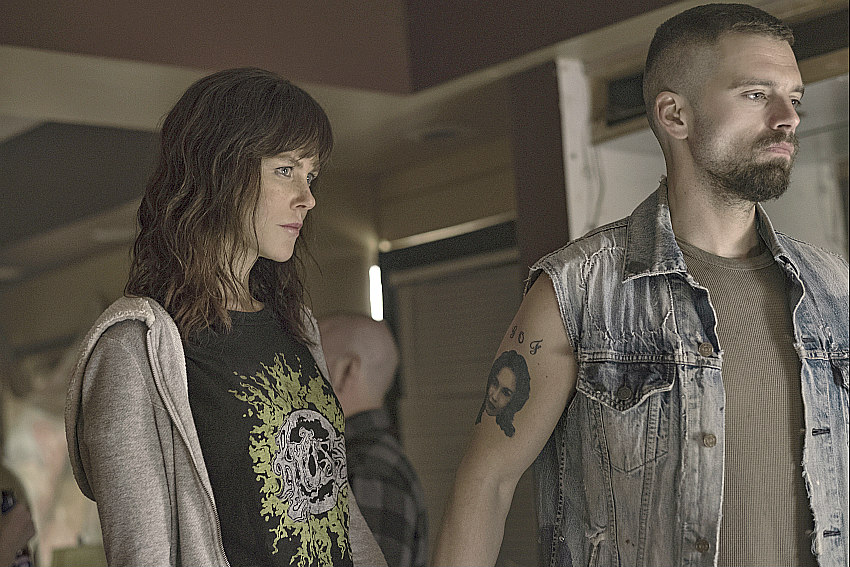 She and a partner had infiltrated a gang of bank robbers. Something went wrong; her partner died, she was pregnant at the time and to this day carries guilt over the incident. The script isn’t too good at explaining why and instead concentrates on the facts as they are today. There’s a crazed drive in her police work, which Kidman conveys believably with surly intensity. She beats up guys she questions (jacks one off when he requests) and gets agitated when it appears that an old menace is back in town. That’s Silas, played by Toby Kebbell, the cult-like leader of the bank robbers all those years ago. She has to intimidate a lot of people to find him. Director Karyn Kusama deftly switches her into the same space as the many male rogue cops we’ve seen over the years. Equality, I guess. The film is gritty and dirty; the dialogue is lean and terse, but the motivations that drive the story are obscure. There’s a murky story about getting lost on a snowy hike with her daughter. It may mean something. (Scotiabank and one suburban theatre: Coquitlam) 3 out of 5